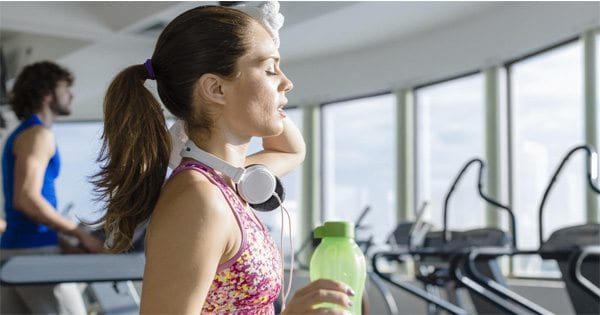 This article originally appeared on People.com.�

Erin is a self-proclaimed exercise addict.

The 39-year-old from San Diego, California reveals on Tuesday�s episode of�the syndicated daytime series The Doctors�that she builds her whole life around fitting in workout sessions.

�I exercise eight�hours a day,� she says in an exclusive clip. �I never get tired, I don�t get sore.�

Even Though Her Body Can Seemingly Handle Her Excessive Workouts

They do not make her feel good.

�I�ll cancel plans, I�ll cancel appointments. It�s been controlling my life,� she says. �I just can�t stop. It�s not giving me the rush that I used to feel just doing three to four hours.�

Erin says she squeezes in early morning workouts before work, and then returns to the gym when she is done for the day.

RELATED:�Why You Should Rethink Your Spinning Obsession

But Erin also reveals she has been using exercise to avoid a painful trauma she experienced in the past.

�Eight months ago I got a message from a girl. It triggered a memory that I had suppressed for 30 years,� she says in the clip.

�Basically I�ve Been Adding On Exercise So I Can Just Forget.�

Host Dr. Travis Stork commends Erin for seeking the help she needs to fight her addiction.

�Before we get into where we need to go from here, we have to acknowledge where we are right now,� he says. �I�m so happy you realize that you need to change, because when I saw those blood pressure readings, there are things in medicine we call hypertensive urgency, and those blood pressure numbers [are] quite alarming.�

Gastroenterologist Dr. Jorge Rodriguez, who is working to treat Erin, says he was also alarmed by the results.

�In the six years that I�ve done the show with you, Erin is the most ill person, the sickest person that we�ve had on the show in my opinion,� he says.

To find out more of her test results and to see if�The Doctors can help Erin, check your local listings and tune into Tuesday�s episode. 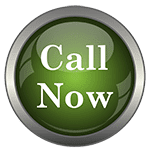 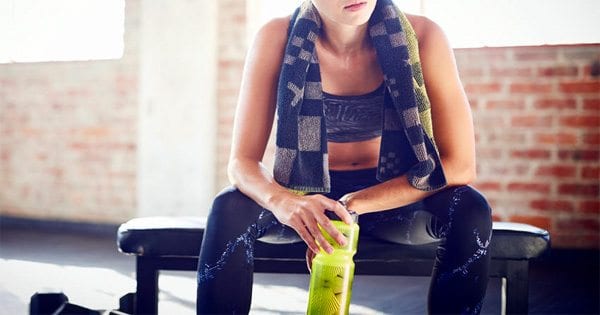 The Dangers of Overexercising

In the “before” pic, @barbellkell_fbg is flexing her biceps in a bikini that shows off her chiseled six-pack. 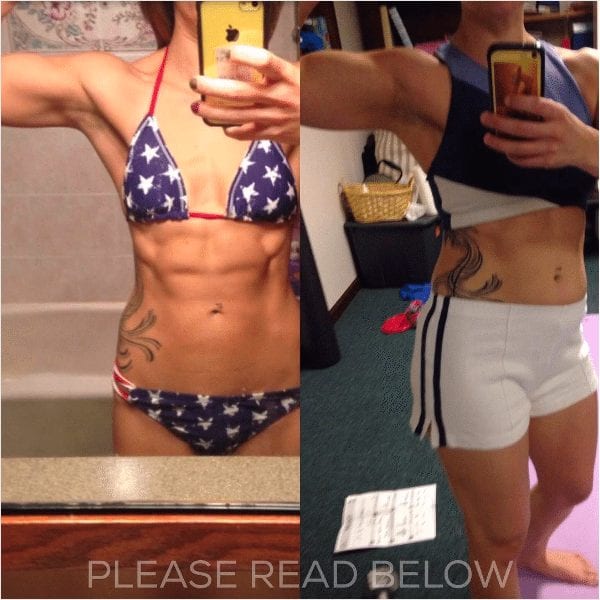 The photo on the left was taken a year and a half ago, when @barbellkell_fbg was committed to a 10-week plan that involved working out�five times a week, sometimes twice a day, and counting macros (down to chewing gum, vitamins, and cough drops), she explains in the caption. “[Z]ero balance, zero living, zero sustainability,” she wrote. “I had my full time job and this, which was another full time job basically.”

The strict dieting and intense workouts�took a serious toll. By the end of the plan, @barbellkell_fbg had a flat belly, and no trace of cellulite�but her energy levels had plummeted. “I could barely lift my feet to run on the treadmill,” she wrote. A blood test showed her white blood cell count was severely depressed. It was so low her doctor wanted to test her for cancer, she says.

After convincing him to do another blood test in a month, @barbellkell_fbg�committed to getting back to “normal.” She ate “to survive,” she said;�and in time, she gained fat and her white blood cell count recovered.

OD’ing on exercise�is a real thing, and it can�cause everything from fatigue to chronic achiness�even an elevated heart rate, which puts more demand on your ticker. “Overexercising�often contributes to pain,�dehydration, or electrolyte imbalances, all of which can lead to an increase in heart rate,” Kathryn Berlacher, MD, a cardiologist at the University of Pittsburgh School of Medicine, explained to�Health in a prior interview.

Signs That You’re Overdoing It At The Gym

And tips on how to scale back�check out our guide to the symptoms of overtraining.

As for�@barbellkell_fbg, she’s�come a long way in the last 18 months.�She now follows Anna Victoria�s Fit Body Guides, and eats what she wants in moderation. “I feel good. I am strong. I am happy,” she says�and�she loves the body she has now.