When returning to the individual’s specific sport, the risk of re-injury is generally higher within the first 2 weeks. This occurs due to initial hamstring weakness, fatigue, lack of flexibility, and strength imbalance between the eccentric hamstrings and the concentric quadriceps. The highest contributing factor though is believed to be linked to an inadequate rehabilitation program, which may correspond with the premature return to physical activity. New evidence has shown the benefits of primarily utilizing eccentric strengthening exercises in hamstring rehabilitation performed with increased loads for longer musculotendinous lengths.
The semitendinosus, or ST, the semimembranosus, or SM, and the biceps femoris long and short heads (BFLH and BFSH) are part of the hamstring muscle group. They primarily function with the extension of the hip and flexion of the knee as well as providing multi-directional stability of the tibia and pelvis. These three muscles which make up the hamstring muscle group, cross the posterior aspect of both the hip and the knee joints, making them bi-articular. As a result, they are consistently responding to large mechanical forces created by upper limb, trunk, and lower limb locomotion as a means of concentric and eccentric mobilization. During sporting activities, these forces will tend to increase, augmenting the frequency of injury.

In a study conducted at the University of Melbourne, biomechanical analysts measured the musculotendinous strain, velocity, force, power, work, and other biomechanical loads experienced by the hamstrings throughout the course of over-ground sprinting and compared the biomechanical load across each individual hamstring muscle.

Basically, the hamstrings are subjected to a stretch-shortening cycle when sprinting, with the lengthening phase occurring during the terminal swing and the shortening phase commencing just before each foot strike, continuing throughout the stance. Then, the biomechanical load on the bi-articular hamstring muscles was determined to be stronger during the terminal swing.

Location and Severity of Injury

In a randomized and controlled study on professional Swedish football players, 69 percent of injuries were primarily located in BFLH. In contrast, 21 percent of the players experienced their primary injury within SM. While the most common, approximately 80 percent, suffered a secondary injury to ST as well as BFLH or SM, a clear 94 percent of the primary injuries were found to be of the sprinting-type and were located in the BFLH, whereas, SM was the most common location for the stretching- type of injury, accounting for approximately 76 percent. These findings were supported in another similar article.

Classifying a soft tissue injury, including acute hamstring injuries, depends largely on a grading system ranging from: I, mild; II, moderate; and III, severe. The different classifications offer useful descriptions for each type of soft tissue injury between healthcare professionals during clinical diagnosis and prognosis following an acute injury. A mild grading describes an injury where a small number of muscle fibers are involved with minor swelling, discomfort, minimal or no loss of strength, or restriction of movement. A moderate grading describes an injury with a significant tear of several muscle fibers, pain and swelling, reduced power, and limited mobility. A severe grading describes an injury where a tear has occurred across an entire cross-section of muscle, commonly a tendinous avulsion, and a surgical opinion may be required. It has also been utilized as a classification system for radiological methods, such as magnetic resonance imaging, or MRI, or ultrasound if required for complementary confirmation of diagnosis.

Determining accurate return-to-play timescales following many acute hamstring injuries has been proven to be difficult. For example, injuries involving an intramuscular tendon or aponeurosis with adjacent muscle fibers generally need shorter recovery periods than those involving a proximal free tendon and/or MTJ.

There’s also been connections between MRI findings according to the region of the injury and return-to-play. Particularly, it has been hypothesized that the shorter the distance between the proximal pole of the injury and the ischial tuberosity found on MRI evaluations similarly determined by the presence of edema, the longer the time to return will be. In the same manner, the length of edema shows a similar effect on recovery time. The longer the length, the longer the recovery. Additionally, the position of peak pain simultaneously following acute hamstring injuries are also associated with increased recovery periods.

Furthermore, there have been attempts to clarify the connection between the grading of acute hamstring injuries and return-to-play. In a prospective cohort study on 207 professional football players with acute hamstring injuries, 57 percent were identified as grade I, 27 percent were identified as grade II, and only 3 percent were identified as grade III. The athletes with grade I injuries returned to play within an average of 17 days. The athletes with grade II injuries returned within 22 days and those with grade III injuries returned approximately within 73 days. According to the study, 84 percent of these injuries affected the BF, 11 percent the SM, and 5 percent the ST. However, there was no significant difference in lay-off time for injuries to the three different muscles. This has been compared to 5-23 days with grade I-II injuries, and 28-51 days for grade I-III in other studies respectively.

The randomized and controlled clinical trial conducted on 75 football players in Sweden, demonstrated that using eccentric strengthening programs rather than concentric strengthening programs, reduced the time to return-to-play by 23 days, regardless of the type of injury or the site of injury. The result showed the number of days to return to full team training and availability for match selection.

Furthermore, two rehabilitation protocols were utilized five days following the injury. All players had sustained a sprinting-type injury as a result of high speed running or a stretching-type injury as a result of high kicking, split positions, and glide tackling. Certain criteria were excluded for the study, including previous acute hamstring injuries, trauma to the posterior thigh, ongoing history of low back complications, and pregnancy.

All players were subjected to an MRI analysis 5 days following the injury, in order to expose the severity and area of injury. A player was considered to be fit enough to return to full-team training using a test known as the active Askling H-test. A positive test is when a player experiences any insecurity or apprehension when performing the test. The test should be completed without full dorsiflexion of the ankle.

The two rehabilitation protocols used were labeled the L-protocol and the C-protocol. The L-protocol focused on loading the hamstrings during lengthening and the C-protocol consisted of exercises with no emphasis on lengthening. Each protocol utilized three exercises that could be performed anywhere and were not dependent of advanced equipment. They also aimed at targeting flexibility, mobilization, trunk, and pelvic and/or muscle stability as well as specific strength training to the hamstrings. All were performed in the sagittal plane with speed and load progression.

The time to return was determined to be significantly shorter in the L-protocol as compared to the C-protocol, averaging 28 days and 51 days appropriately. Time to return was also significantly shorter in the L-protocol than in the C-protocol for acute hamstring injuries of both sprinting-type and stretching-type as well as for injuries of different injury classification. However, there still remains a question over whether the C-protocol is specific enough for hamstring activation to create a legitimate comparison. 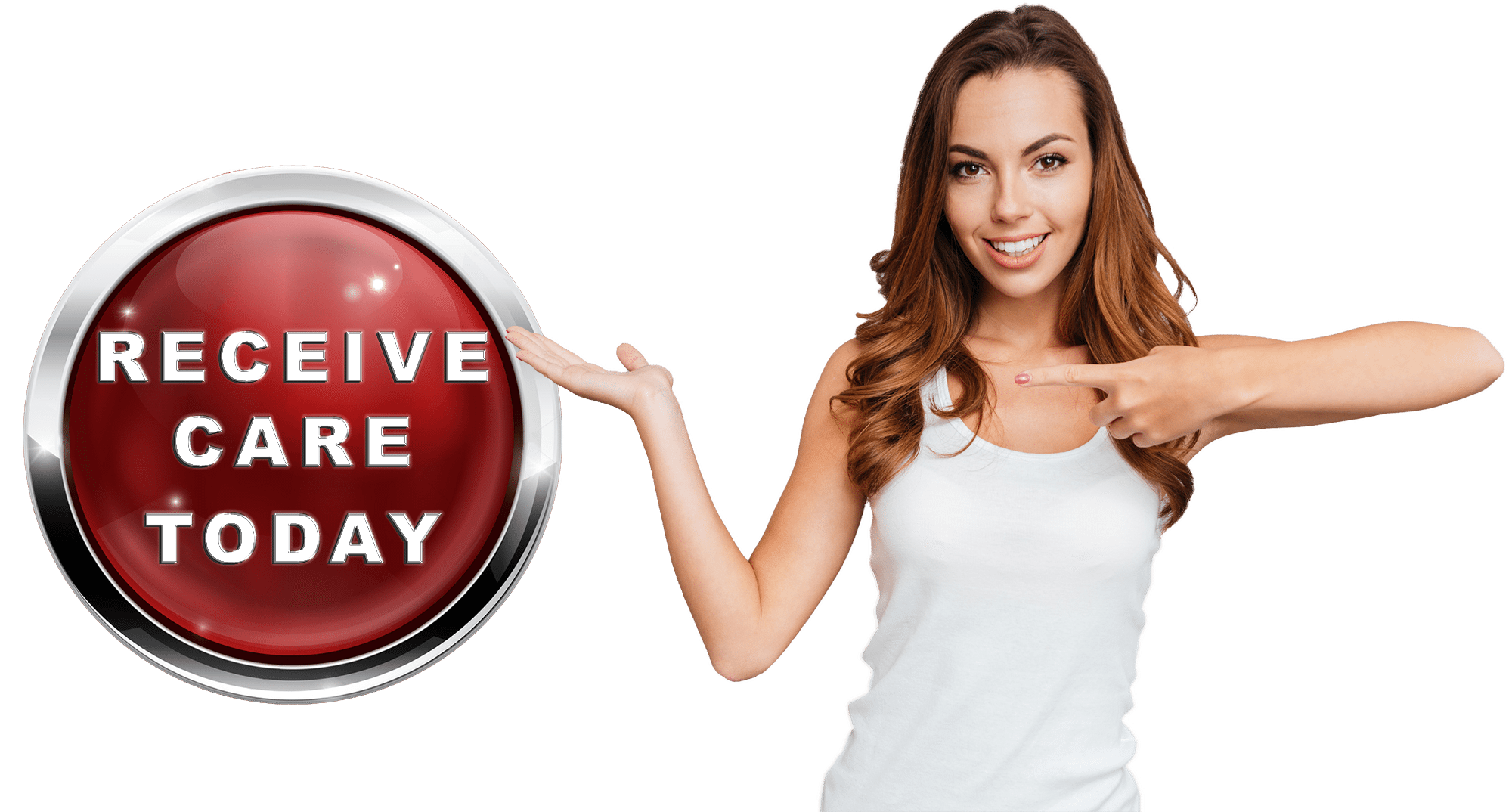 It’s Easy To Become A Patient!

Check Out Our BlogRegarding Sports Injuries 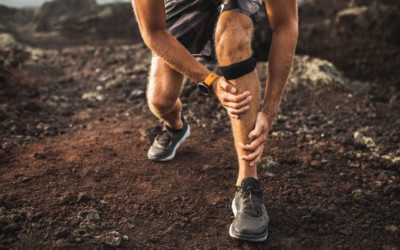 When stress is placed on the shins with physical activity from walking, running, or exercise, the connective tissues attaching the leg muscles to the tibia can become inflamed, causing medial tibial stress syndrome, more commonly known as shin splints. This...

END_OF_DOCUMENT_TOKEN_TO_BE_REPLACED 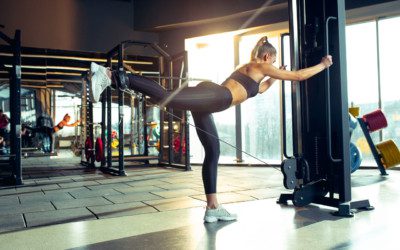 A sports hernia is a soft tissue injury that happens in and around the groin area. It is a strain or tear of any soft-tissue muscles, tendons, or ligaments in the lower abdomen or groin area. It usually happens during physical sports activities that require fast,...

END_OF_DOCUMENT_TOKEN_TO_BE_REPLACED 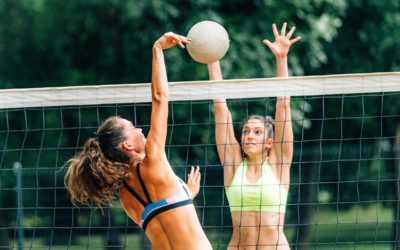 Around a half-million high school students in the U.S. play volleyball. Whether the parent of a volleyball player or part of a recreational league, the goal is to be ready for the season, which means preventing and addressing volleyball injuries. It is a highly...