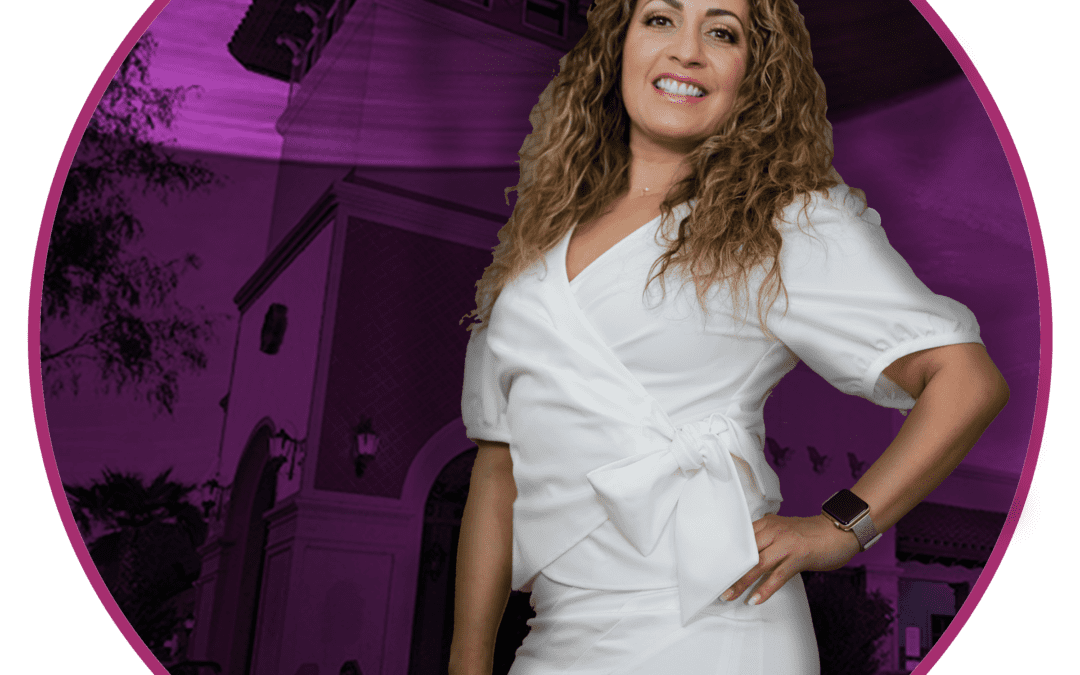 Presenting Truide Torres Jimenez. ( Clinic Director: Injury Medical Clinic PA &� Patient Relations Advocate� & WAY More) Truide has been working for the past 20 years in claims resolutions. She works hand in hand with patients and is available to resolve... 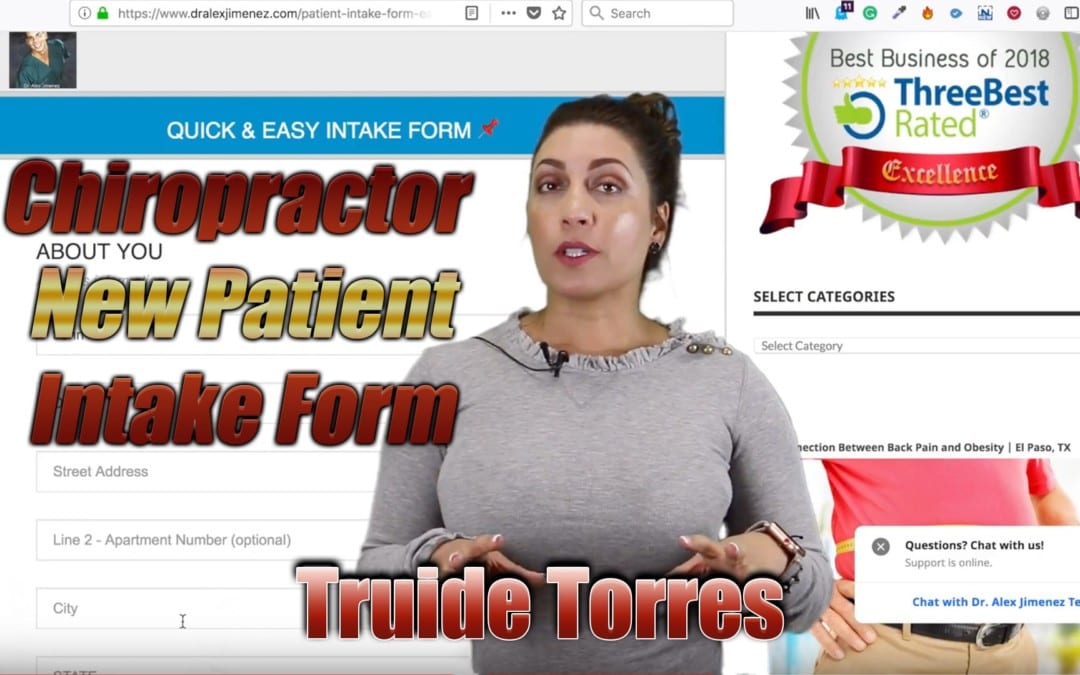 New Patient Intake Form: Truide Torres, office manager at Injury Medical Clinic with Dr. Alex Jimenez, discusses some of the most common questions patients have when they come in for their first office visit. Patients can save time and fill most of the required forms... 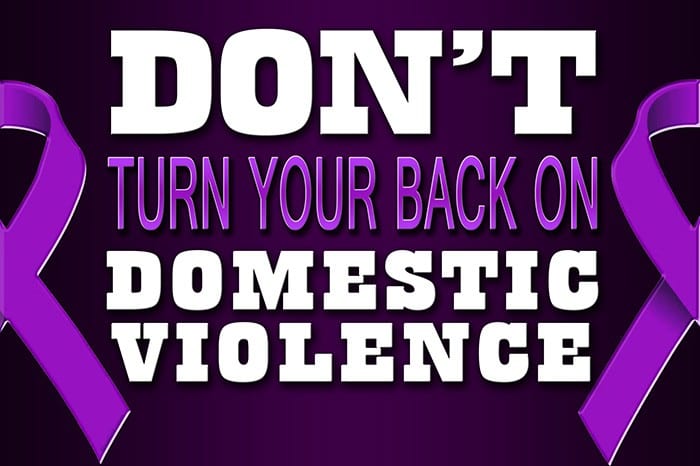 HOW TO STOP DOMESTIC ABUSE?

Domestic abuse: October is a�Domestic Violence Awareness Month, so it�is time to get a closer look at this increasing form of violent behavior. By and large, the general public is unaware of the effects domestic abuse has on its victims, other family members... 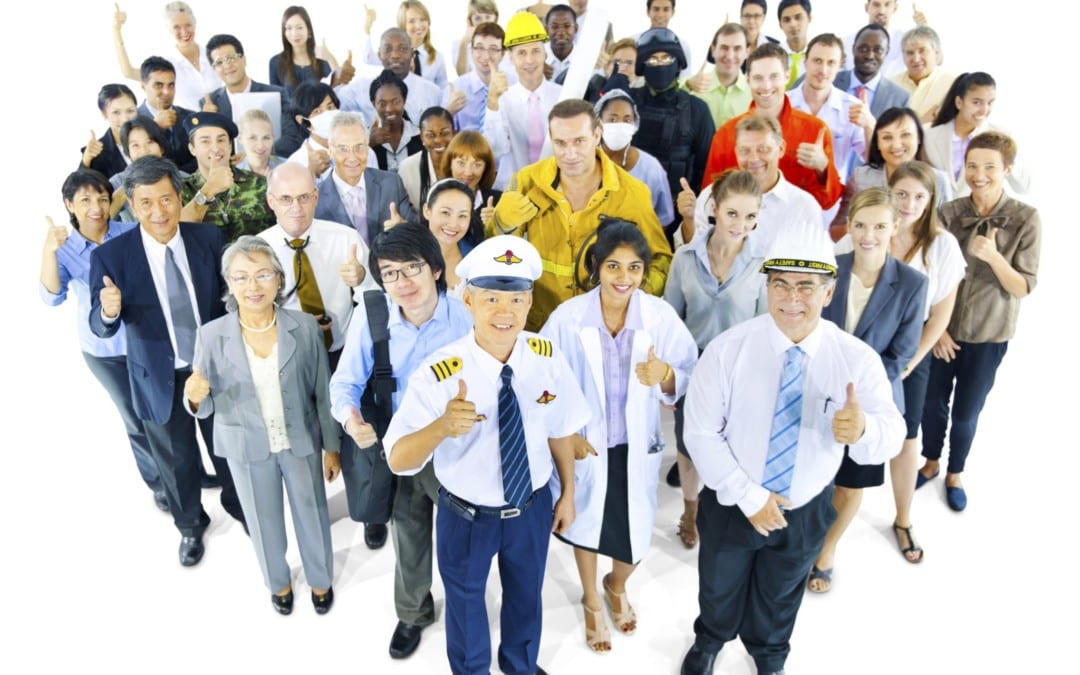 Federal employees that are injured at work do not get benefits through workers’ comp insurance or their nation’s workers’ comp program.

Instead, federal employees receive workers’ compensation benefits through the Federal Employees Compensation Act, abbreviated as FECA, except for railroad workers, longshoremen, black lung coal miners, and refuge workers (that are insured under their own national laws for workers’ compensation). Members of the USA armed forces are also not considered federal employees for purposes of FECA.

FECA provides benefits and injury compensation for workers injured on the job, or even if their injury happened during the course and scope of their employment offsite. FECA covers both injuries and occupational diseases that arise over time work conditions. The United States Department of Labor, through the Office of Worker Compensation Programs, administers the workers’ comp benefits provided by the Federal Employees 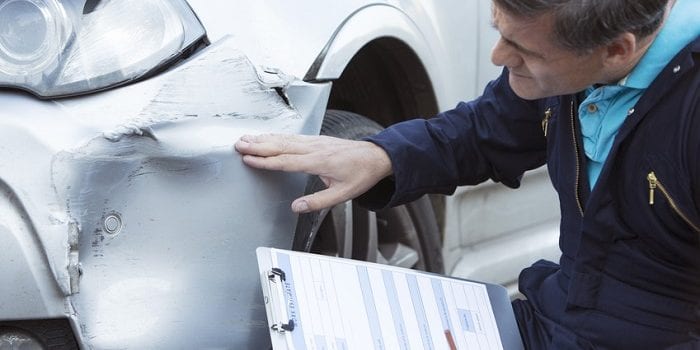 How do airbags function?

Why do they deploy in some instances and not others?

The module monitors various vehicle systems and contains a threshold for deployment; in simpler terms, this usually means the collision must meet specific settings to deploy an airbag. The idea is exactly the same while the system of every automobile brand is specifically different from the next.

If the collision, as computed by the module, is intense enough, it’ll deploy the appropriate airbag(s). The module has the final say when an airbag is deployed, this is software & hardware dependent.

The module can understand, through onboard accelerometers, changes in the vehicles direction and speed. The module constantly calculates these changes and when it “sees” a switch beyond preset thresholds it begins to track, quite tightly, the fluctuations (this is called algorithm enablement). If it establishes that the changes meet the standards for airbag deployment, it’ll deploy 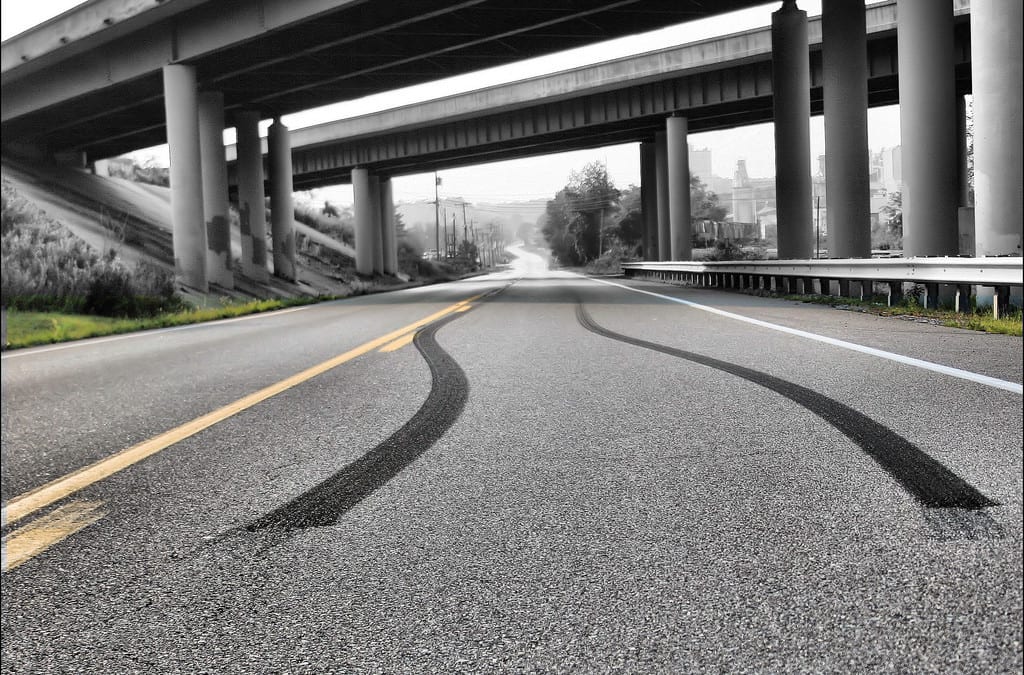 The Value of Skid Marks for Auto Accident Cases

Not only do tires play a vital role in the performance of your car or truck, but a lot of information can be garnered about what happened before, during, and after a crash. Tire marks will be explored by us and, generally, what those marks tell us.

First let us discuss where the marks come from. Skid marks are created by the extreme thermal relationship of a tire against the roadway surface during extreme stresses put on the tire, a simpler way to say this is, a tire will “mark” when it nears, or exceeds, the limits of its relationship with the roadway. These marks occur because the oils in the roadway and/or the tire(s) are brought to the surface and “melted or burnt” into the roadway. If a tire is heated enough since the surface of the tire will have changed, it’ll be obvious, it is going to have a spot and obvious abrasions.

There are three specific kinds of marks we will talk about, these are the most typical four wheeled car a 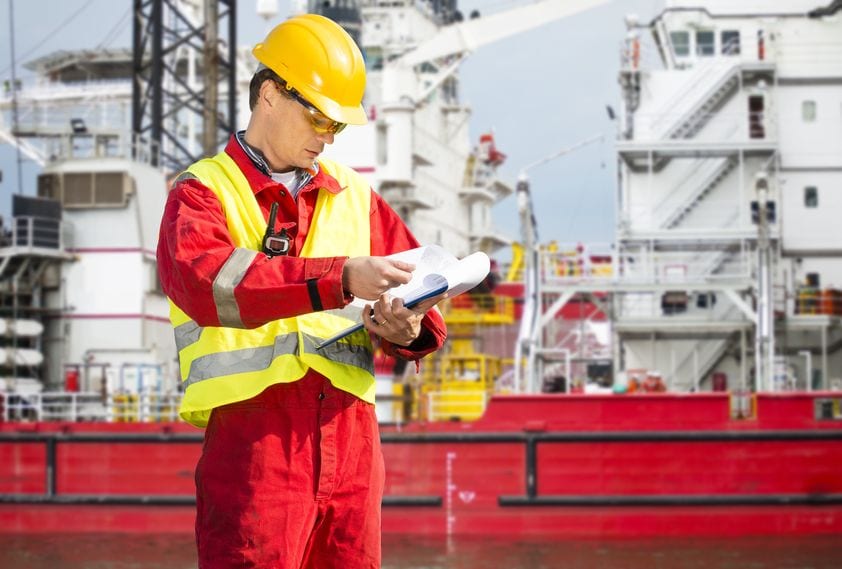 How Some Accident Engineering Reports Can Be Problematic

There are several reasons engineering and accident reconstruction reports are problematic. Let’s address the biggest and first issue, cost. Many attorneys won’t realize the real value of cases if they deal with doctors who do not know how to document the patient’s injuries correctly, leading to issues related to poor documentation management.

This is a massive benefit to the insurance company who have banked on the sloppiness and ignorance of the entire medical-legal community. However, there is a growing number of doctors and attorneys who do know.

In this sense, the insurance carrier knows they’ll pay, a vast majority of this time, a minimum amount for a collision even if the case needs to have a much greater value due to the nature of the injuries. The insurance companies know this for a number of reasons, but the biggest reason is cost, not for them but you.

For the sake of discussion 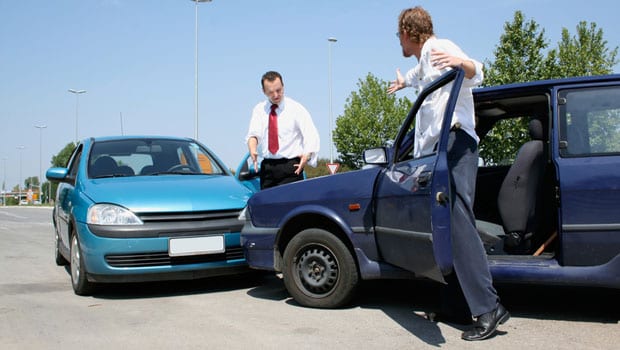 When the aberrant sequela to victims in car crashes has been investigated, providers often overlook and concurrently underestimate the tissue pathology and resultant biomechanical failures of spinal ligamentous damages commonly known as �strain � sprain.� In addition, the courts have been �blinded� by rhetoric in allowing this pathology to be deemed transient. There is an ever growing body of scientific literature that verifies strain – sprain as permanent pathology, which is the standard being taught in today�s medical and chiropractic academia.

In addition, strain � sprain as sequela to whiplash, renders a 25% whole person impairment based upon the American Medical Association�s Guide to the Evaluation of Permanent Impairment fifth and sixth editions. 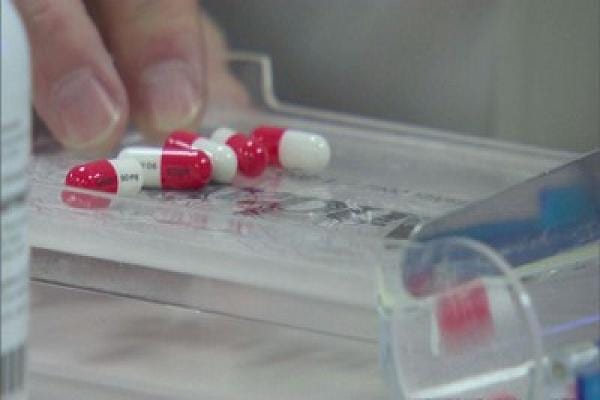 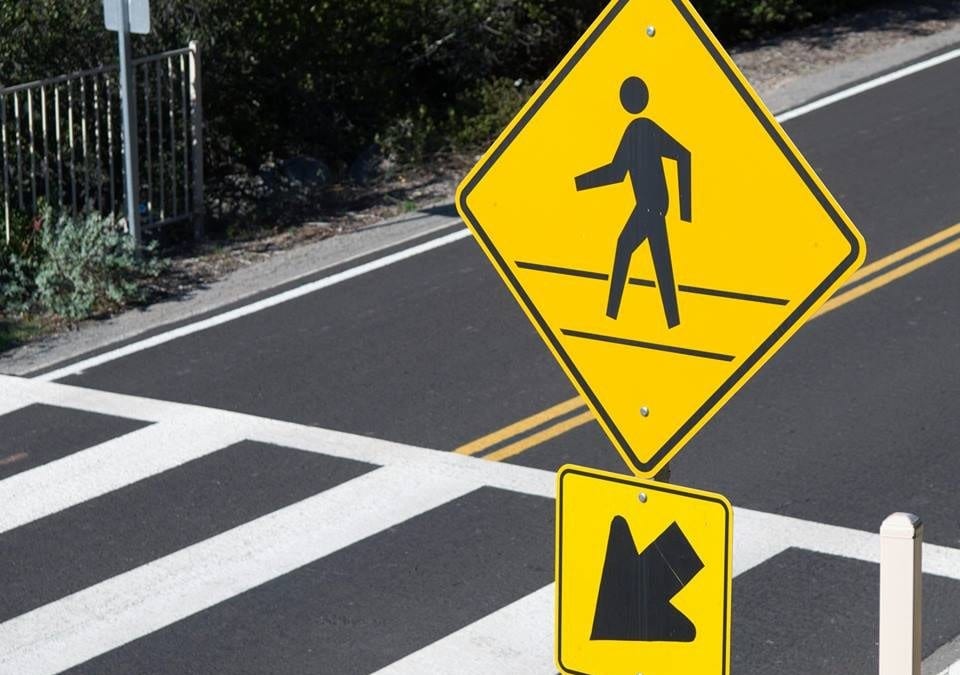 For the second straight year, U.S. pedestrian deaths are setting alarming new records. The number of pedestrians killed on U.S. roads rose a projected 11 percent between 2015 and 2016, the largest year-to-year increase on record, according to a new Governors Highway... 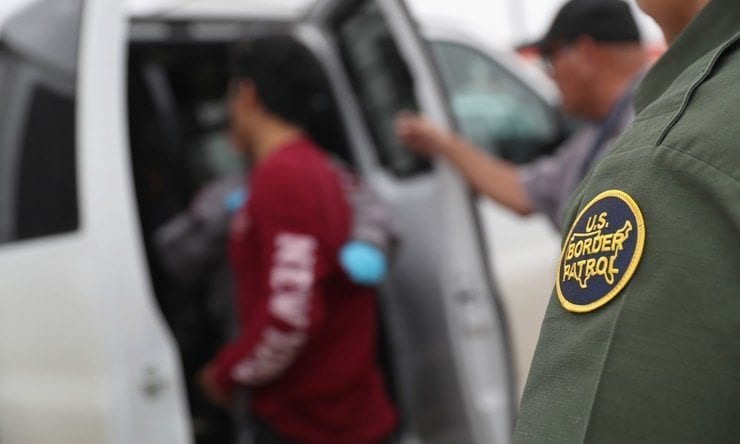 In February, an immigration enforcement case in El Paso earned the attention of domestic violence advocates across the country. As the El Paso Times reported, an undocumented woman was detained by immigration officers right after she went to the courthouse to get a restraining order against a violent and abusive partner. Domestic violence advocates were horrified, worried that it would potentially deter undocumented people from reporting abuse to law enforcement. “It sends a really strong message to victims and survivors that there is no safe place,” Ruth Glenn, executive director of the National Coalition Against Domestic Violence, told Bustle in February.

The owner of a Houston health clinic pled guilty to insurance fraud after billing for medical services � often provided to injured employees � despite having no licensed medical staff at the clinic. Instead, investigators found that the clinic was using foreign medical students to provide care.

Rosemary Phelan, the owner of Rose�s Houston Healthcare Clinic, entered a guilty plea in Harris County Court and was sentenced to seven years deferred adjudication and ordered to pay $88,000 in restitution.

A joint investigation by the Texas Department of Insurance Division of Workers� Compensation and Texas Mutual Insurance Company revealed that Phelan�s clinic had no licensed medical providers on staff yet continued to accept patients. She would then file fraudulent workers� compensation claims to collect from insurers.

According to investigators, the clinic had a licensed doctor on staff at one time. When that doctor left in 2012, Phelan began hiring foreign medical stude 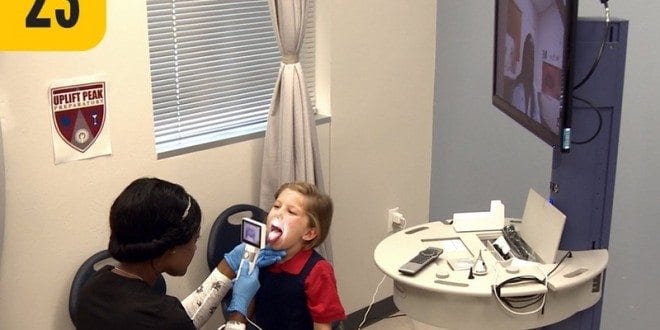 Related Articles Remote doctor appointments could be coming soon to the school nurse’s office. Starting Sept. 1, a new law will allow physicians to get paid for seeing children over a sophisticated form of video chat, as long as the student is at school and... 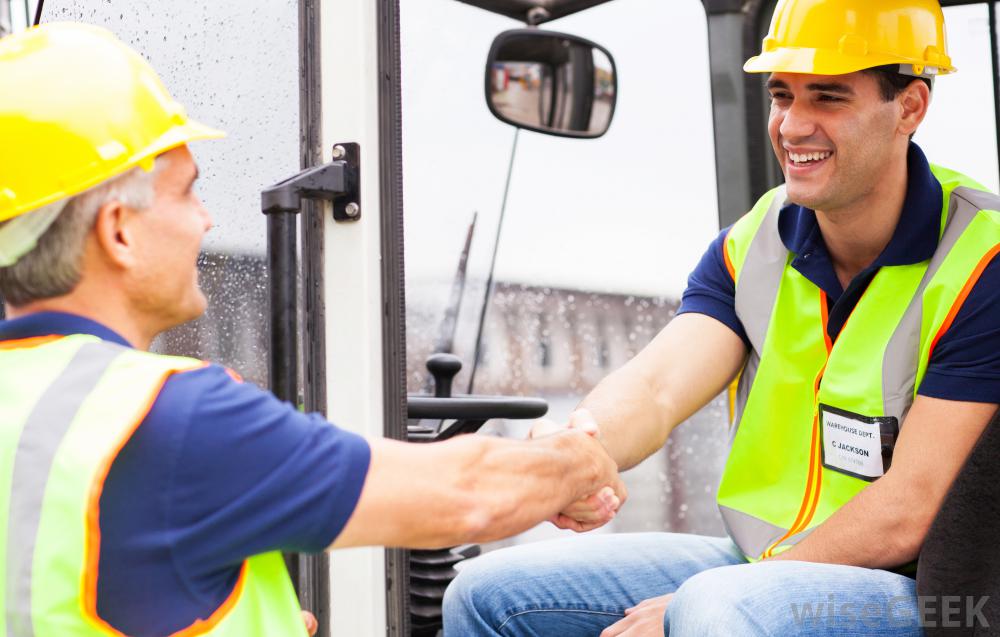 Texas has some of the nation�s most affordable workers� compensation coverage, according to a 2016 study, which found that the Lone Star State had the 10th lowest rates among all states. The study by the Oregon Department of Consumer and Business Services ranks all 50 states and Washington, D.C., based on premium rates that were in effect January 1, 2016. Texas, with premiums at $1.45 per $100 of payroll, ranked No. 10, four spots higher than the previous study in 2014. �It�s great to see evidence of the progress we�ve made in affordability,� said Texas Commissioner of Workers� Compensation Ryan Brannan. 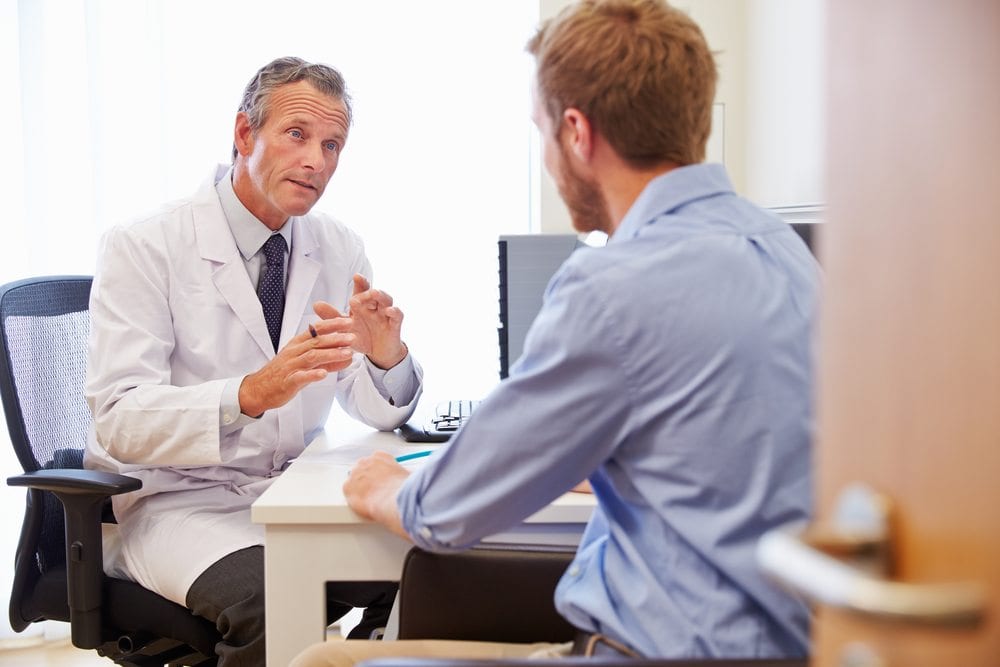 Injured workers in Texas have better access to physicians who can treat them more quickly than they did 15 years ago, according to a September 2016 study by the Texas Department of Insurance�s Research and Evaluation Group (REG). The study found 84 percent of injured workers received initial care in seven days or less in 2015, compared to 76 percent in 2000. �That�s significant because improved timeliness means workers have a much better chance of getting back to work, and the cost for their care will be much lower,� said Workers� Compensation Commissioner Ryan Brannan.