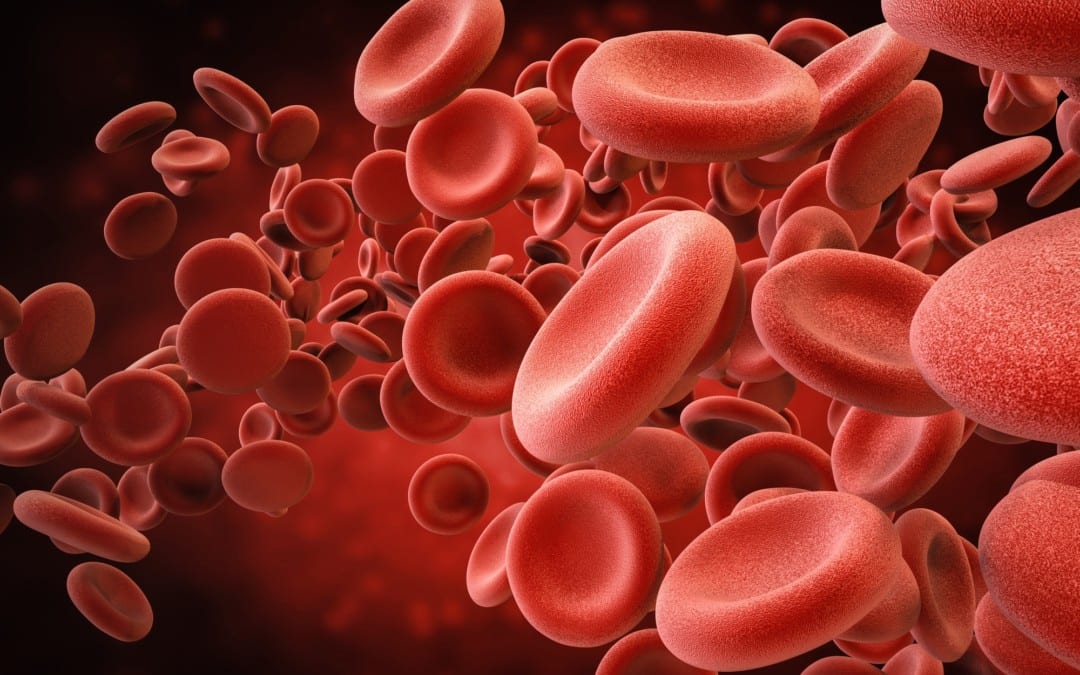 What Causes Iron Deficiency and Anemia?

Poor iron intake and increased iron loss, generally through bleeding or breastfeeding, are several of the main causes of iron deficiency. Pregnant women, breastfeeding women, women with heavy periods, children or picky eaters, vegetarians and vegans, as well as people with digestion health issues which cause decreased iron absorption like celiac disease or post gastric bypass, and people with increased bleeding, such as cancer, ulcers, gastritis, or parasites, are generally at higher risk for iron deficiency. High calcium intake, by way of instance, children who drink a lot of milk, can also affect iron absorption, together with drugs and/or medications, such as antacids and proton-pump inhibitors for gastroesophageal reflux disease. �

Although low iron levels are well-known for causing anemia because red blood cells need iron as a part of hemoglobin, iron is also needed for the brain and nerves. Severe iron deficiency in younger children can ultimately cause irreversible damage to cognition and result in lower IQ and developmental delays, especially during the most fundamental stages of human development and up to 16 months of age. Even in adults. the most common symptoms associated with iron deficiency are generally neurological symptoms, including fatigue, brain fog, and restless legs that cause insomnia, among other symptoms. �

Pica, the abnormal behavioral compulsion to eat non-nutritional foods like dirt or clay, is tremendously prevalent in regions of the world where iron deficiency is common. In the developed world, pica is a rare health issue, however, it still frequently occurs in children, pregnant women, and among other groups of people that are at higher risk for iron deficiency, including people who have had gastric bypass. Non-neurological symptoms associated with iron deficiency ultimately include pallor, generalized weakness, and higher than usual heart rate along with shortness of breath, especially with exertion. �

What are the Symptoms of Iron Deficiency?

As previously mentioned above, iron deficiency can cause problems associated with cognition and neurological health issues, such as restless legs and insomnia. The exact mechanisms of why this happens are unknown, however, without enough iron in the brain and nerves, there are problems with neurotransmitter signaling, the development of nerve insulation known as myelin, and brain energy metabolism. Reduced central neuron processing is considered to be one of the most critical problems associated with iron deficiency, which can be a cause of psychiatric symptoms and ongoing psychiatric problems. �

Occasionally, iron deficiency may also cause anxiety, depression, irritability, and even poor concentration and restlessness. By way of instance, iron deficiency has a much higher prevalence in children with ADHD but the symptoms can improve with iron supplements. People with iron deficiency have higher risks of developing psychiatric disorders, especially ADHD, and developmental disorders. Evidence has demonstrated that iron deficiency can cause a variety of other health issues. �

Iron enters the brain through the blood-brain barrier via transferrin receptors. Iron uptake into the brain is highly regulated but it also does highly depend on the iron status of the human body. Therefore, people with low iron levels will have much less iron going into the brain and people with high iron levels will have much more iron going into the brain. Several regions of the brain also appear to gather iron and have higher levels than others. Moreover, neurological symptoms can manifest before developing iron deficiency anemia. Thus, healthcare professionals can’t rule out iron deficiency anemia from the most commonly utilized basic screening test, a complete blood count. A better general screen involves ferritin levels, where less than 15 ng/ml presents the diagnosis for iron deficiency but less than 40 ng/ml presents with fatigue, brain fog, restless legs, and other neurological symptoms. Ferritin on its own can be misleading in populations of people with chronic inflammation, including people on dialysis, where ferritin can be high even if the person is diagnosed with iron deficiency. Furthermore, a full iron workup includes hemoglobin, MCV, ferritin, total iron-binding capacity, serum iron, and transferrin saturation. �

What is the Treatment for Iron Deficiency Anemia?

Treating iron deficiency is considerably simple through the utilization of iron supplements or in mild or moderate cases by encouraging the consumption of foods that are high in iron. Occasionally, people with severe absorption health issues will need iron transfusions intravenously. Meat and seafood are the best sources of easily absorbable heme iron, however, non-heme iron is naturally found in leafy greens, beans, and nuts. Make sure to talk to your doctor if you have iron deficiency. �

It is ultimately essential to make sure if you have iron deficiency before treating it with increased amounts of iron supplements. With the exception of blood loss, the only way to reduce excess iron is through the process of skin cells flaking off. Therefore, adult men who take a lot of iron supplements and people with a genetic tendency to absorb more iron from foods are at a higher risk of developing a medical condition, known as hemochromatosis or severe iron overload. �

Excess iron is stored in the liver and can lead to scarring of the liver, known as cirrhosis. Iron overload can also lead to joint and hormonal problems and it can also cause a bronze-ish skin color. Symptoms of hemochromatosis include joint pain, fatigue, and low sex drive as well as a higher risk of developing diabetes. High serum iron is associated with health issues like high blood pressure. People who aren�t iron deficient can consider regular blood donations to prevent accidental iron overload. Iron is one of those types of minerals that should neither be too high or too low but rather, just right. More research studies, especially clinical trials analyzing common medical conditions, such as restless legs, insomnia, and ADHD, are fundamental to help healthcare professionals understand the relationship between iron deficiency anemia and brain health. � 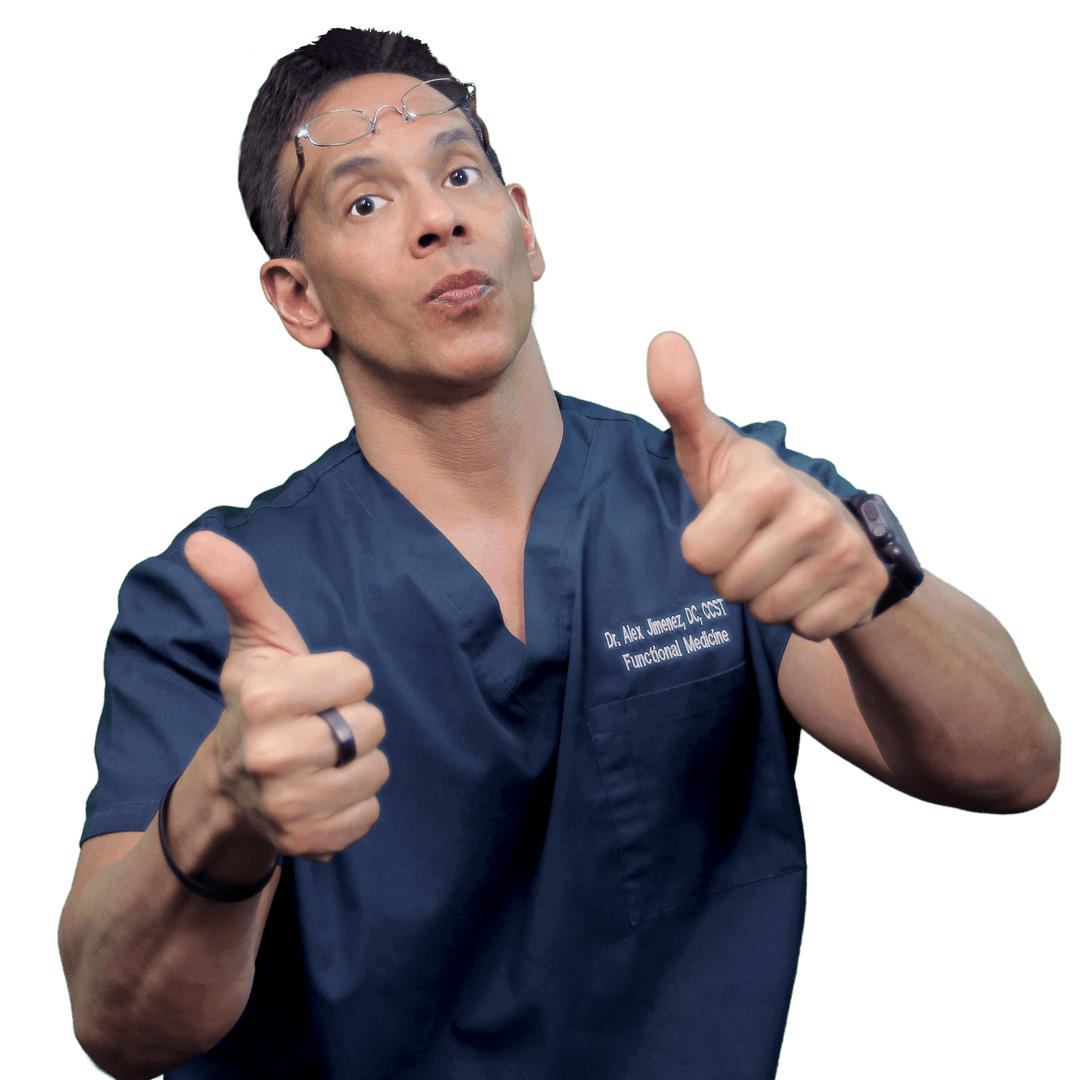 Recent research studies have demonstrated that iron deficiency anemia may be associated with brain health issues. Because the brain and nerves need iron for many functions, iron deficiency can cause a variety of symptoms and medical conditions, including brain fog, fatigue, restless legs with insomnia, anxiety, depression, and cognitive problems, besides anemia or lack of healthy red blood cells. Treatment for iron deficiency anemia may utilize iron supplements, however, it’s important to make sure to talk to a qualified healthcare professional in order to avoid risks and side effects through iron supplementation.� – Dr. Alex Jimenez D.C., C.C.S.T. Insight


The following Neurotransmitter Assessment Form can be filled out and presented to Dr. Alex Jimenez. Symptoms listed on this form are not intended to be utilized as a diagnosis of any type of disease, condition, or any other type of health issue. �

Do you often feel energy level drops in the afternoon? Do you often crave sugar and sweets in the afternoon? Do you often have difficulty concentrating before eating? Various medical conditions can affect the overall health of our body and mind. However, research studies have found that anemia caused by iron deficiency can tremendously affect our brain health. � Iron deficiency is considered to be one of the most prevalent nutritional health issues, affecting approximately 2.5 billion people worldwide. In developing countries, about 40 percent of children and 50 percent of pregnant women have an iron deficiency. Iron is an essential mineral found in approximately 5 percent of the earth�s crust, however, inefficiency in absorption, low iron levels in staple grain foods, and a variety of medical conditions can make iron deficiency a common problem among humans. In first world countries, iron is still considered to be the most common nutrient deficiency. �

Dr. Alex Jimenez utilizes a series of tests to help evaluate health issues associated with food sensitivities. The Food Sensitivity ZoomerTM is an array of 180 commonly consumed food antigens that offers very specific antibody-to-antigen recognition. This panel measures an individual�s IgG and IgA sensitivity to food antigens. Being able to test IgA antibodies provides additional information to foods that may be causing mucosal damage. Additionally, this test is ideal for patients who might be suffering from delayed reactions to certain foods. Utilizing an antibody-based food sensitivity test can help prioritize the necessary foods to eliminate and create a customized diet plan around the patient�s specific needs. �