What is Meriva Curcumin Phytosome? 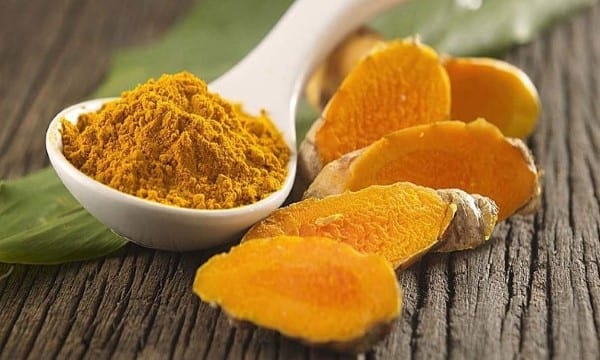 Curcumin is the main active ingredient found in turmeric, a bright yellow aromatic powder obtained from the rhizome of a plant in the ginger family commonly utilized for flavoring and coloring in a variety of Asian cuisines, as well as a very strong antioxidant which additionally has powerful anti-inflammatory effects. While turmeric has been consumed for generations due to its medicinal properties, it’s curcumin content is actually not that high. Therefore, if you want to experience its full benefits, it may be best to take a supplement that contains significant amounts of curcumin, or better yet, a supplement specially formulated to bring out the benefits of this naturally occurring chemical compound.

Curcumin is ultimately found in turmeric, the key ingredient in curry, and as a powerful antioxidant that offers numerous health benefits, curcumin helps support joint health and cardiovascular function, and it helps maintain a normal inflammatory reaction in the human body. Individuals throughout Asia have benefited from the healthful effects of curcumin for centuries.�Whether taken as a nutritional supplement or from meals, however, curcumin is usually poorly absorbed into the bloodstream.

Phytosomes are plant extracts bound to phosphatidylcholine, or PC, an important component of individual cells. The human body can create PC, or phosphatidylcholine, but it can even be obtained from food and/or supplements. When taken orally, PC is very well absorbed.�PC is a significant building block for membranes, the most metabolically dynamic zones of our cells. PC most likely transfers the curcumins in the bloodstream until they arrive in cell membranes. Researchers found a way to attach a curcumin extract to PC for superior absorption, leading to Meriva.�Curcumin phytosome is a curcumin molecule bonded to a molecule of PC. Unlike curcumin alone, PC is excellently absorbed orally. 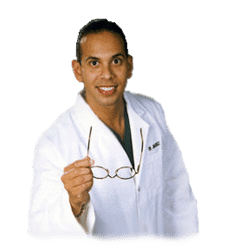 Turmeric contains four major curcuminoids: curcumin, demethoxycurcumin, bisdemethoxycurcumin and cyclocurcumin. These chemical compounds have been demonstrated to have tremendous benefits, which is why turmeric has been a fundamental addition in Asian cooking. However, curcumin, as well as all the other curcuminoids, are poorly absorbed by the human body when taken orally. Researchers developed Meriva curcumin phytosome, a curcumin compound which is bonded to the molecule phosphatidylcholine, or PC, which promotes the proper absorption of curcumin. Meriva curcumin phytosome can provide a variety of health benefits, including vision and eye health, joint health and even prostrate benefits, among other medicinal properties.

Curcumin phytosome with Meriva� is a powerful antioxidant which protects cells and tissues by fighting free radicals. It’s also known to support healthy joint function, eye health and small vessel circulatory health. The curcumin is extracted from turmeric and provides a curcumin complex including, curcumin, bisdemethoxy curcumin and demethoxy curcumin. Meriva� curcumin phytosome is made utilizing the patented Phytosome� technology that enhances the absorption of those curcumins. Comprehensive research over the previous quarter of a century suggests that curcumin helps counter toxins, in addition to influencing cell survival through other means.

Although curcumins are poorly absorbed, Phytosome� technology helps improve bioavailability. The technology evolves every curcumin molecule with one or more atoms of the nutrient phosphatidylcholine, or PC, to create molecular complexes called phytosomes. Curcumin molecules at the Meriva� phytosome complexes are more stable against breakdown and combine far better into water in order for them to be better absorbed when taken orally. The PC molecules in the phytosomes serve as a “delivery vehicle” or even “chaperone”, which not only chemically protects the curcumin molecules but also markedly increases their absorption. A human absorption research discovered that the curcumins were absorbed when taken as Meriva� curcumin phytosomes, in comparison to their basic molecular forms.

The numerous beneficial effects attributed to turmeric root are linked to the antioxidant properties of the curcumins it contains. This antioxidant activity can neutralize free radicals which threaten the integrity of mobile structures. Free radicals may lead to “oxidative stress,” a process that can activate cell damage. In addition, oxidative stress is considered to play a role in the development of a variety of diseases. Because curcumins are poorly absorbed when taken orally, this can tremendously restrict their biological actions. The Phytosome� technology used with Meriva� curcumin phytosome creates phytosome complexes which are proven to be absorbed better.

Several studies have shown curcumin’s hepatoprotective effects, causing researchers to suggest its use in protecting the liver from exogenous insults due to environmental toxins. Curcumin also has the capacity to increase both the circulation and solubility of bile. Curcumin’s hepatoprotective effects are due in part to lead free-radical scavenging; however, curcumin also enhances the body’s natural antioxidant system, which raises glutathione levels, thus aiding in hepatic detoxification and inhibiting nitrosamine formation. Furthermore, research studies have demonstrated several other health benefits of Meriva curcumin phytosome, including its support in joint health, eye health, vision and circulation, as well as several prostrate benefits, among others. 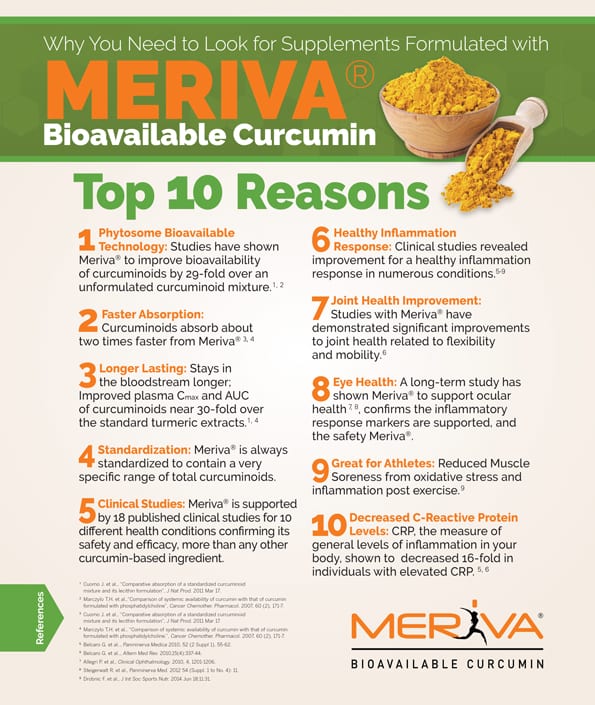 In two double-blind trials with subjects having knee problems, Meriva, taken at about 1,000 mg/day, enhanced treadmill walk space by 345 percent after eight months. It improved joint pain, stiffness, swelling and joint work. Intakes of over-the-counter medications fell 63 percent and their adverse effects dropped by 67 percent. The subjects’ medical prices fell 45 percent after 8 months. C-Reactive Protein, or CRP, levels were reduced into a more healthy variety. After eight months, the Karnofsky Scale of well-being moved into “able to perform ordinary activity.”

One frequent eye problem is a really persistent redness that keeps coming back even when it is cleared. At a clinical trial, 106 patients obtained Meriva, taken at about 1,200 mg/day, for a single year. There were 86 percent fewer returns of this reddening, and in 82 percent of these patients, approximately 87 from 106, it didn’t return at all. In another study, Meriva, taken at about 1,000 mg/day, improved retinal blood circulation, retinal swelling, and eyesight. In only four weeks, visual sharpness improved from an initial average of 20/122-155 to 20/32-78. Meriva also improved circulation elsewhere in the body. In areas with foot blood circulation issues, it substantially reduced immunity, increased oxygen consumption, and enhanced nerve control over the capillary networks. The subjects’ Karnofsky Score of well-being improved, from “normal activity, with effort” into “normal activity.”

In a clinical trial on middle-aged men with prostate troubles, Meriva, taken at 1,000 mg/day, significantly enhanced: sense of incomplete bladder emptying, urination frequency, flow stop/start, feeble stream, straining and getting up at night, urinary block, and PSA levels. Quality of life and sexual activity were also considerably improved. The Meriva curcumin phytosome breakthrough guarantees that curcumins are effectively delivered to human cells, in functional mix with PC, or phosphatidylcholine. Multiple effective clinical trials have established curcumin phytosome comprising of Meriva� as the “gold standard” one of curcumin supplements.

In conclusion,�Meriva curcumin phytosome is bound to phosphatidylcholine, or PC, for increased absorption and bioavailability, ultimately protecting DNA against damage by free radicals and reactive oxygen species, among providing a variety of other health benefits. With its enhanced absorption through an improved curcumin absorb delivery system, Meriva curcumin phytosome is clinically documented to promote joint health, eye health, vision and circulation, and even has prostrate benefits. The scope of our information is limited to chiropractic as well as to spinal injuries and conditions. To discuss the subject matter, please feel free to ask Dr. Jimenez or contact us at�915-850-0900�. 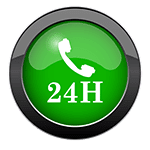 Back pain is one of the most prevalent causes for disability and missed days at work worldwide. As a matter of fact, back pain has been attributed as the second most common reason for doctor office visits, outnumbered only by upper-respiratory infections. Approximately 80 percent of the population will experience some type of back pain at least once throughout their life. The spine is a complex structure made up of bones, joints, ligaments and muscles, among other soft tissues. Because of this, injuries and/or aggravated conditions, such as herniated discs, can eventually lead to symptoms of back pain. Sports injuries or automobile accident injuries are often the most frequent cause of back pain, however, sometimes the simplest of movements can have painful results. Fortunately, alternative treatment options, such as chiropractic care, can help ease back pain through the use of spinal adjustments and manual manipulations, ultimately improving pain relief.