The Link Between Fibromyalgia and Sleep 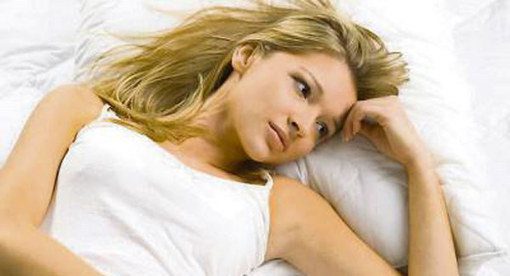 There’s some important news for millions of people-most of them women-who suffer from the syndrome fibromyalgia: a new study suggests that sleep deprivation is associated with an increased risk of developing fibromyalgia.

It’s important to make clear that this study does not prove that sleep deficiencies cause fibromyalgia. What it does do-for the first time-is establish a strong connection between sleep problems and fibromyalgia, by showing the increased risk of fibromyalgia that is associated with lack of sleep.

What is fibromyalgia? It’s a syndrome whose main characteristic is chronic pain. Pain is often felt throughout the body, in muscles, tendons and soft tissues. With fibromyalgia, the pain is often felt at certain trigger points, and radiates from those points outward. People with fibromyalgia often experience daytime fatigue, which can be severe, as well as depression, anxiety, and memory problems. Women ages 20-50 are at the highest risk for fibromyalgia. Men do develop fibromyalgia, but women are more than 10 times as likely as men to develop the syndrome.

Fibromyalgia has a history that’s both contentious and mysterious. For a long time, there was no consensus in the medical community about whether it even existed, whether it was a “real” disorder or an “imagined” one. This has changed, and the medical establishment now overwhelmingly accepts that fibromyalgia exists as a very real disorder. But much about the syndrome-including and especially what causes it-remains unknown. For this reason, and because there is no single test that can positively identify fibromyalgia, it remains difficult to diagnose. Since it can’t be tested for, a diagnosis of fibromyalgia comes by way of eliminating other possible conditions.

There are signs of possible genetic and environmental links, since fibromyalgia seems to sometimes run in families. Researchers have explored links between fibromyalgia and other diseases and disorders, including arthritis, depression, anxiety, chronic fatigue, and restless leg syndrome, but no conclusive evidence has been found to demonstrate a causal link between fibromyalgia and these conditions. That said, all of these disorders are found more often in people with fibromyalgia than in the general population.

Is sleep a cause of fibromyalgia? Again, we just don’t know, and this current study doesn’t answer that question. The relationship between sleep and chronic pain is complicated, and there is a lot we do not understand about cause and effect. Here’s some of what we do know.

The presence of chronic pain, such as with fibromyalgia, makes falling asleep and staying asleep more difficult. Sleep deprivation, in turn, can make people more sensitive to pain. Evidence that disrupted sleep can lead to a lower pain threshold includes this study. Researchers took a group of healthy, pain-free middle-aged women and disrupted their sleep cycle, depriving them of deep, slow-wave sleep, for three consecutive nights. They then tested their threshold for musculoskeletal pain, tenderness and also mood. After only a few nights of disrupted sleep, the women experienced a significantly decreased pain threshold (meaning they felt pain more quickly and intensely), as well as increased fatigue and general discomfort.

Sourced through Scoop.it from: www.psychologytoday.com

While fibromyalgia can develop after trauma or injury from an accident or failed medical procedure, or simply from misunderstood causes, recent research has concluded that sleep deprivation can cause symptoms of the condition to develop, particularly in women, whom are more prevalent to develop fibromyalgia in the first place. Several studies have also linked sleep habits and issues with the painful condition.

The information herein on "The Link Between Fibromyalgia and Sleep" is not intended to replace a one-on-one relationship with a qualified health care professional, or licensed physician, and is not medical advice. We encourage you to make your own healthcare decisions based on your research and partnership with a qualified healthcare professional.