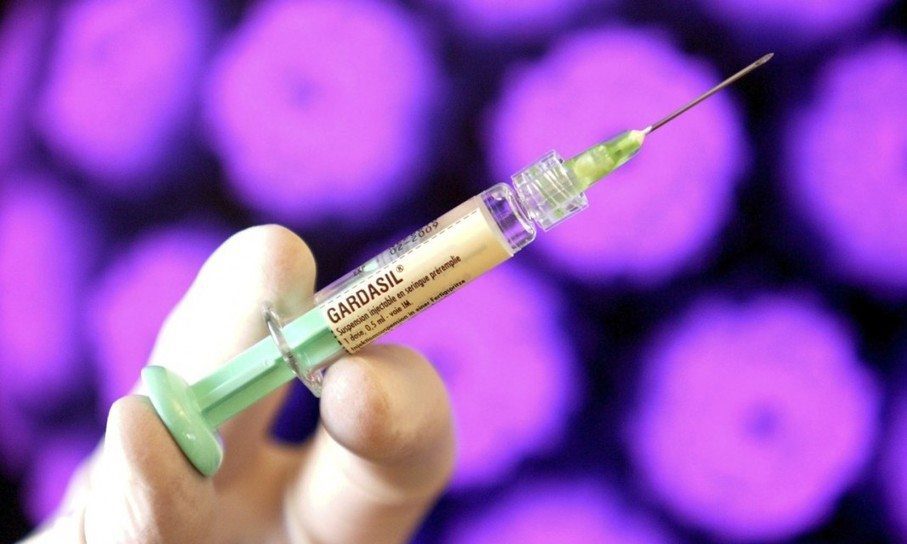 Educating individuals on the latest and most important medical news, Dr. Alex Jimenez, chiropractor, has become aware of some of the adverse effects of medications. Current allegations have demonstrated that HPV vaccines have not been working properly as they were first described to and have in fact been showing adverse side-effects on individuals who’ve used them. The following has been understood by Dr. Jimenez.

Dr. Diane Harper was a leading expert responsible for the Phase II and Phase III safety and effectiveness studies which secured the approval of the human papilloma virus (HPV) vaccines, Gardasil� and Cervarix�. Dr. Harper also authored many of the published, scholarly papers about the vaccines.

She is now the latest in a long string of experts who are pressing the red alert button on the devastating consequences and irrelevancy of these vaccines. Dr. Harper made her surprising confession at the 4th International Conference on Vaccination which took place in Reston, Virginia. Her speech, which was originally intended to promote the benefits of the vaccines, took a 180-degree turn when she chose instead to clean her conscience about the deadly vaccines so she �could sleep at night�. The following is an excerpt from a story by Sarah Cain:

�Dr. Harper explained in her presentation that the cervical cancer risk in the U.S. is already extremely low, and that vaccinations are unlikely to have any effect upon the rate of cervical cancer in the United States. In fact, 70% of all HPV infections resolve themselves without treatment in a year, and the number rises to well over 90% in two years. Harper also mentioned the safety angle. All trials of the vaccines were done on children aged 15 and above, despite them currently being marketed for 9-year-olds. So far, 15,037 girls have reported adverse side effects from Gardasil� alone to the Vaccine Adverse Event Reporting System (VAERS), and this number only reflects parents who underwent the hurdles required for reporting adverse reactions. At the time of writing, 44 girls are officially known to have died from these vaccines. The reported side effects include Guillian Barr� Syndrome (paralysis lasting for years, or permanently � sometimes eventually causing suffocation), lupus, seizures, blood clots, and brain inflammation. Parents are usually not made aware of these risks. Dr. Harper, the vaccine developer, claimed that she was speaking out, so that she might finally be able to sleep at night. �About eight in every ten women who have been sexually active will have HPV at some stage of their life,� Harper says. �Normally there are no symptoms, and in 98 per cent of cases it clears itself. But in those cases where it doesn�t, and isn�t treated, it can lead to pre-cancerous cells which may develop into cervical cancer.��

Although these two vaccines are marketed as protection against cervical cancer, this claim is purely hypothetical. Studies have proven there is no demonstrated relationship between the condition being vaccinated for and the rare cancers that the vaccine might prevent, but it is marketed to do that nonetheless. In fact, there is no actual evidence that the vaccine can prevent any cancer. From the manufacturers own admissions, the vaccine only works on 4 strains out of 40 for a specific venereal disease that dies on its own in a relatively short period, so the chance of it actually helping an individual is about about the same as the chance of her being struck by a meteorite.

Since coming forward with the truth about the devastating consequences of the HPV vaccine, Dr. Harper has been victim of a relentless campaign attempting to discredit the validity of her claims. Harper was even misquoted by British tabloid The Sunday Express which printed a false story loaded with fabricated quotations attributed to Harper. In an interview with The Guardian, Harper makes it very clear about what exactly she said in order to protect herself from a potential lawsuit. In an interview with CBS NEWS, Harper clarifies her position, and once again makes it crystal clear just how devastating this vaccine can be: �If we vaccinate 11 year olds and the protection doesn�t last � we�ve put them at harm from side effects, small but real, for no benefit,� says Dr. Harper. �The benefit to public health is nothing, there is no reduction in cervical cancers, they are just postponed, unless the protection lasts for at least 15 years, and over 70% of all sexually active females of all ages are vaccinated.� She also says that enough serious side effects have been reported after Gardasil use that the vaccine could prove riskier than the cervical cancer it purports to prevent. Cervical cancer is usually entirely curable when detected early through normal Pap screenings.

�The risks of serious adverse events including death reported after Gardasil use in (the JAMA article by CDC�s Dr. Barbara Slade) were 3.4/100,000 doses distributed,�Harper tells CBS NEWS. �The rate of serious adverse events on par with the death rate of cervical cancer. Gardasil has been associated with at least as many serious adverse events as there are deaths from cervical cancer developing each year. Indeed, the risks of vaccination are underreported in Slade�s article, as they are based on a denominator of doses distributed from Merck�s warehouse. Up to a third of those doses may be in refrigerators waiting to be dispensed as the autumn onslaught of vaccine messages is sent home to parents the first day of school. Should the denominator in Dr. Slade�s work be adjusted to account for this, and then divided by three for the number of women who would receive all three doses, the incidence rate of serious adverse events increases up to five fold. How does a parent value that information,� said Harper.

�Parents and women must know that deaths occurred,� Harper tells CBS NEWS. �Not all deaths that have been reported were represented in Dr. Slade�s work, one-third of the death reports were unavailable to the CDC, leaving the parents of the deceased teenagers in despair that the CDC is ignoring the very rare but real occurrences that need not have happened if parents were given information stating that there are real, but small risks of death surrounding the administration of Gardasil.� She also worries that Merck�s aggressive marketing of the vaccine may have given women a false sense of security. �The future expectations women hold because they have received free doses of Gardasil purchased by philanthropic foundations, by public health agencies or covered by insurance is the true threat to cervical cancer in the future. Should women stop Pap screening after vaccination, the cervical cancer rate will actually increase per year. Should women believe this is preventive for all cancers � something never stated, but often inferred by many in the population � a reduction in all health care will compound our current health crisis. Should Gardasil not be effective for more than 15 years, the most costly public health experiment in cancer control will have failed miserably.� Harper notes that her concern for the vaccine�s deadly side effects applies only to women in the Western world. �Of course, in developing countries where there is no safety Pap screening for women repeatedly over their lifetimes, the risks of serious adverse events may be acceptable as the incidence rate of cervical cancer is five to 12 times higher than in the US, dwarfing the risk of death reported after Gardasil.�

The National Vaccine Information Center confirmed�two virologists, Stephen Krahling and Joan Wlochowski have filed a lawsuit against their former employer and vaccine manufacturer Merck. NVIC writes: �The lawsuit alleges that Merck defrauded the U.S. for over 10 years by overstating the MMR vaccine�s effectivenes. The virologists claim in their lawsuit that they �Witnessed firsthand the improper testing and data falseification in which Merck engaged to artificially inflate the vaccine�s efficacy findings.� NVIC president and co-founder, Barbara Loe Fisher, warns of the disturbingly cozy relationship and overwhelming conflict of interest between federal agencies charged with vaccine safety oversight (such as the Centers for Disease Control) and vaccine manufacturers. Merck�s global vaccine sales total more than $20 BILLION A YEAR.

As the world�s pharmaceutical giants continue to be driven less by moral accountability and more by profit and shareholder-driven bottom lines, we are going to see more and more products such as this vaccine which are marketed as �essential to one�s survival.� While some vaccines are indeed essential, such as vaccines for polio and measles, the HPV vaccine is a new beast entirely. To learn more about how pharmaceutical giants are putting profits ahead of ethics you need to watch FRONTLINE�s terrifying new documentary �Hunting The Nightmare Bacteria.� 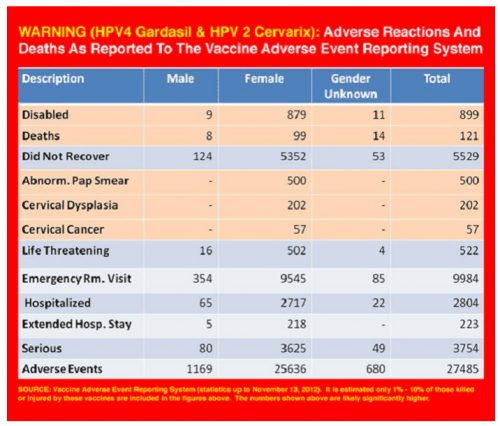 Sourced through Scoop.it from: circleofdocs.com

After taking any specific medication, especially if it’s been prescribed to exert a particular effect, a complete evaluation of the individual is required from time to time to study the full effects of the drug and determine if such is causing undesirable side-effects or the development of dangerous conditions and disorders. HPV vaccines have long been used as a preventive method for the human papilloma virus, however, the recent allegations of the lead developer of the medication have changed the complete spectrum of the effects of the drug.