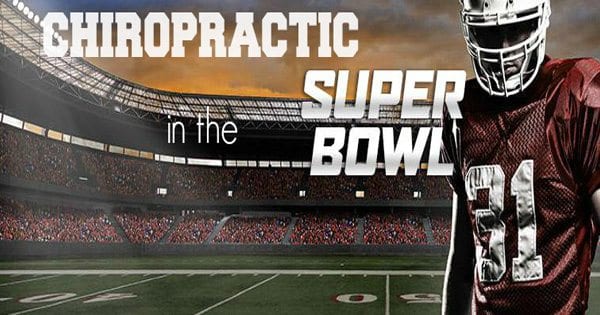 Chiropractic in the Superbowl
By Beau Pierce

This Sunday over 111 million people will tune into watch the SuperBowl. Behind the scenes both teams and coaches have been fine tuning their game plans as they prepare for the biggest game of their lives. As part of the players preparation there have been a few lucky individuals with direct access to care for these athletes. �Referred to as the �magic workers� by some players these men are the team Chiropractors who serve both the Seattle Seahawks and New England Patriots.
For the last 12 years, Dr. Gerry Ramogida and Dr. Jim Kurtz have had front-row seats to the spectacle of NFL games as chiropractic consultants for the Seattle Seahawks. Attending every game, �Dr. Ramogida was supposed to stay with the team for just a couple of years so

he could show the trainers how to use some of his soft-tissue techniques. But as players got used to getting adjusted by him on�game days, a temporary job turned into a permanent one.

�There�s so much behind the scenes that you don�t get a sense for when you�re watching a game. It�s a massive effort. I am just happy to be a part of the preparation as these guys get ready to go out and do what they do best, compete.�

In a interview with Global News�Dr. Ramogida stated, �Over the period of that first season and into the next year, things very quickly became integrated. It�s been a great experience,� he says.

In recent news, The Professional Football Chiropractic Society (PFCS) has taken pride in announcing that all 32 teams in the National Football League offer their players and personnel chiropractic physician services as part of the triage in managing and preventing injuries. According to the Foundation for Chiropractic Progress, this distinction is a benchmark for the profession and documents the important role that chiropractic care plays in optimizing athletic performance.

�The robust need for chiropractic care in the NFL has been deeply driven by the players� desire for peak physical conditioning and not simply for injuries,� states Spencer Baron, D.C., �From the earliest years of full contact football, their bodies are subject to structural stress that doctor of Chiroprctic (DCs) are specially trained to care for. � Attending this weekend to the New England Patriots is Dr. Mike Miller. �Over twenty five years ago he became the official chiropractor of the New England Patriots. Since that time, he�s treated hundreds of players, watched ownership of the team change hands three times, and seen the Patriots go from one of the worst franchises in the National Football League to a team readying themselves to play in the Superbowl this weekend.

In a interview with Dynamic Chiropractic Dr. Miller states that his position with the Patriots involves him being present during mini-camps, training camp, preseason games, regular-season games (both home and away), and postseason games.

During the games, I see an average of at least 40 players, coaches, and other personnel who are affiliated with the team. I would say just about 90 percent get chiropractic services, because the present coaching staff of the Patriots has almost mandated chiropractic care with the players. The coaches speak about it at team meetings, as the new players and rookies come into the team in the preseason. During mini-camps, they explain the significance of chiropractic, and that we have a chiropractor who has had phenomenal results in dealing with injuries and preventing them from occurring, and that they would like the players to proactively be treated [by] me and begin a chiropractic course of care.

During the season, if there are any injuries, they (the medical staff) will generally send the player to my office to be evaluated. By game time, just about everyone on the roster is adjusted, and you start to learn the idiosyncrasies of each player, because each one wants certain things checked on them. Some are very firm with extremity adjusting; others enjoy use of a specialized technique that we use, called Graston Technique. Basically, it takes me about four hours before the game to go through the entire roster.

The NFL has just released a statement advocating for�all NFL teams as now employing a Chiropractor as part of their medical staff.

If you are interested in learning more about how to be an NFL Chiropractor you can connect with the Professional Football Chiropractic Association�on their website or on their Facebook page.

No matter what the outcome of this weekends game may be, rest assured that both teams will have been well adjusted and their nervous systems tuned on and ready to perform on the biggest stage of all.

Behind the bright lights of the stadium, there is another team that keeps these players and their performance at their optimal level. The healers�if you will, that audiences don’t see, but should know about. These are the Chiropractors!