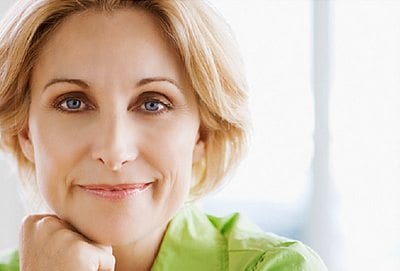 RA is an autoimmune condition that is more commonly experienced by females and is thought to occur or result from a combination of factors including genetic, environmental, and other unknown events that occur within our bodies. These factors can cause people to experience multiple hot, swollen, inflamed, and painful joints at multiple sites throughout their body, most commonly in their hands, wrists, ankles, and feet. Current medical management of RA and other autoimmune diseases involves the use of medications to manage the disease but we have yet to find a cure at this time.

Some new research is pointing to the possibility that the normal bacteria in your gut (microbiome) may contribute to your risk of RA as well as active inflammation in your joints. This is possible as the type of bacteria that make up our individual microbiome is different, and some specific types of bacteria can lead to issues in the gut as well as other areas throughout the body including joints.

The specific bacteria in your gut is associated with the foods that you eat and can be involved in causing Leaky Gut Syndrome (aka. intestinal hyperpermeability) as well as loss of immune tolerance to the normal bacteria of your gut. Specific locations in the body with a high load of bad, opportunistic bacteria (for example, the gut) may represent the source by which immune cells begin attacking body parts as they increase the amount of inflammation circulating in the bloodstream. This led scientists to the idea that if the types of bacteria in your gut could possibly be changed, it could allow your immune system to recover and potentially stop attacking your joints.

In a double-blind randomized placebo-controlled trial study, patients with RA were given either a probiotic capsule daily for 8 weeks, or a placebo sugar pill for 8 weeks. At the 8-week mark, RA disease activity was significantly improved in the group which received probiotic treatment when compared with the group that was given the placebo pill.

The researchers found a significant decrease in specific markers of inflammation and a significant increase in good regulatory markers. These researchers also found a lower Disease Activity Score in patients that were given the probiotic treatment as well as a lower number of active swollen joints. It is also important to note that there were no new problems noted in patients after taking probiotics in the study.

There is also the issue of underlying Leaky Gut Syndrome (aka intestinal permeability). Tight junctions are proteins that bind together cells side by side in the walls of the intestines to create a physical barrier to bacteria and particles that are within the digestive tract.

It has been shown in many studies that specific foods and food additives can lead to changes in the tight junctions between the cells of the gut, leading to holes, or �leaks� in the gut wall, thus Leaky Gut syndrome. These foods and additives include sugars, salt, emulsifiers, organic solvents, gluten and even nanoparticles. As well, all of these food additives are shown to be used in greater quantities in countries with a higher rate of RA and other autoimmune conditions.

Guide for People with Rheumatoid Arthritis

1. Reduce your intake of Food Additives

These food additives include added sugars and salt in foods and beverages such as soda, juice, milk, chips, crackers, milk and other highly processed foods.

2. Reduce your intake of Gluten � Avoid it completely if you can

Gluten has been shown to cause Leaky Gut and even Celiac Disease. Cut down on or even eliminate your intake of breads, chips, tortillas, and wheat-based highly processed cereals.

3. Start taking Probiotics (after consulting with your doctor)

Probiotic supplements have been shown to reduce active inflammation in joints of people suffering with RA as well as other autoimmune conditions. L. casei was the specific probiotic that was used in the studies outlined earlier in this article. Consult with your doctor before taking any probiotics.

If your current course of therapy is not effectively managing your disease, consult with a doctor who practices Functional Medicine. These doctors will help you find the root cause of your disease process and give you a course of treatment to heal the source of your condition.

Sourced through Scoop.it from: theheartysoul.com

Gut health is essential towards the function of many of the systems in the body, primarily because of the process of nutrient absorption after each meal. Bacteria can be found in the gut associated with the type of food people eat and new research has shown that harmful bacteria can lead to the development of rheumatoid arthritis, an autoimmune condition which causes inflammation of the joints.

The mandatory need of vaccines and their effectiveness has been an ongoing controversial subject within the medical field. While vaccines and immunizations have been utilized before to prevent diseases, studies have been surfacing regarding the dangerous and sometimes deadly side effects these can cause among the general population. Although further research has yet to establish a link between vaccines and neurological disorders, healthcare professionals have begun to speak out against the mandatory need for these multi-billion dollar industry medicine.