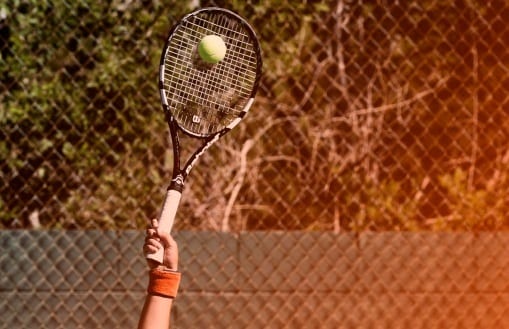 Martinez Hernandez graduated from Monterrey Institute of Technology and Higher Education, a prestigious high school in Mexico City. She has been ranked among the top-five under-18 players in Mexico and has won three Grade 1 tournaments in both singles and doubles.

Hernandez reached the semifinals of the Masters Championship, a qualifier for a Women’s Tennis Association (WTA) Tournament in Mexico, and reached the quarterfinals at the Tampico International Tournament last August, where she faced several players that are now playing Division I tennis.

“I have been recruiting Erandi for a couple of months already,” Fernandez said. “I know that she’s got a lot of wins in Mexico against players that are now in Division I, so I have a really good idea of the level that she’s going to bring to the program. She’s very solid in singles and doubles and I think that she’s going to be a great addition to this team, especially having competed against a lot of collegiate players. She’s going to come in with a lot of international experience and she has been highly ranked in Mexico for her whole career. I definitely expect her to make an immediate impact in the lineup.”

Morozova recently graduated from the Gusev Secondary School in Russia, where she has been ranked among the top under-18 players the last three years. Morozova represented the Yaroslavi Regional Team as the No. 3 singles player and has won more than 10 Russian Federation Tournaments in singles and doubles.

“I spoke with Alisa’s sister a little bit and she told me that if she had been playing here in the U.S. she would have a UTR [Universal Tennis Rating] of 9 or 10, which is a very high level,” Fernandez said. “Her sister, who played for four years at St. John’s and just graduated, told me that she would probably play in the middle of the lineup at St. John’s, who just won their conference and went to the NCAA Tournament. Alisa is a very young player but she is very well-rounded. She’s also going to be capable of playing in the middle of the lineup here. We’re very fortunate that we were able to get her in so quickly and get her signed right away. She’s a very solid player, she’s going to mature and keep developing and both she and Erandi will definitely be in the lineup as true freshmen.”