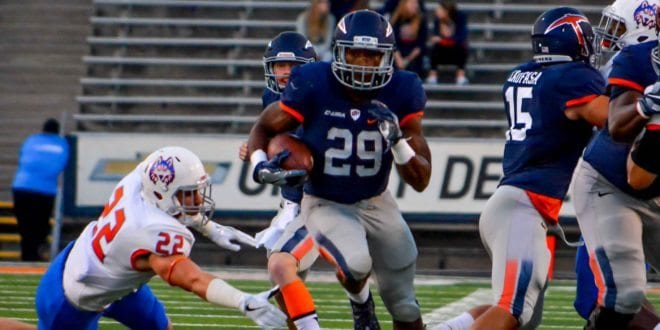 The Green Bay Packers drafted former Miner Aaron Jones on Saturday afternoon. The running back was drafted with the 36th pick in the fifth round (182nd overall).

The last time a Miner was drafted was in 2008 when a trio was selected.

Jones capped the 2016 campaign with a career-high 301 yards and a career-best four rushing touchdowns against North Texas. Jones’s 301-yard effort is the second most yards rushed in a single contest in UTEP history. He finished the season ranked third in the nation with his 147.8 rushing yards per contest.