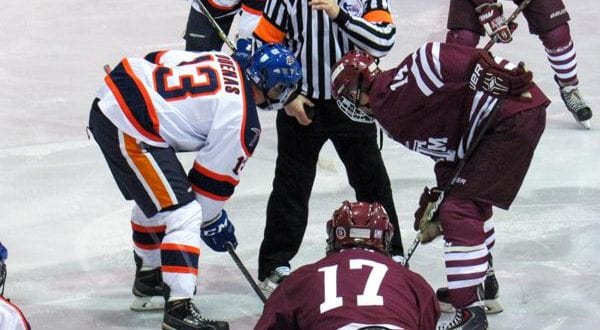 The Miners Hockey Club has announced they will open the 2017-18 season on the road against Texas A&M on September 29, 2017 at the Spirit Ice Arena. This matchup kicks off conference play for the new season.

The Miners and Aggies opened up their season last year in College Station. The first game saw the two teams trade goals back and forth and ended up going into overtime. Neither team scored in OT, however the Miners were able to win the game 7-6 in a shootout.

The following night, the Miners and Aggies were back at it. Again both teams didn’t have issues scoring early. However, the Aggies outscored the Miners to win 5-3.

Opening up the second half of the season, the Miners and Aggies faced off in El Paso. The first game once again saw the Miners come out strong. They took the first game 6-3. However, they couldn’t get the home sweep against the Aggies. The Aggies would win 2-1.

“We are starting our conference play against one of the strongest teams. It’s no secret A&M has had a strong club for several years. Although we have only played them a handful of times, the games are always exciting and something our team looks forward too.” commented Coach Herman.

Last season, the Miners finished 1st in the South Division and the Aggies were a close 2nd. During the TCHC tournament, the teams were in opposite brackets for a potential matchup for the championship. However, the Aggies were upset by UT in overtime the opening game.

The Miners went on to win the TCHC Championship by defeating the DBU Patriots by a score of 6-0.

Both teams will look to build on their success from last season as the TCHC enters it’s second year.