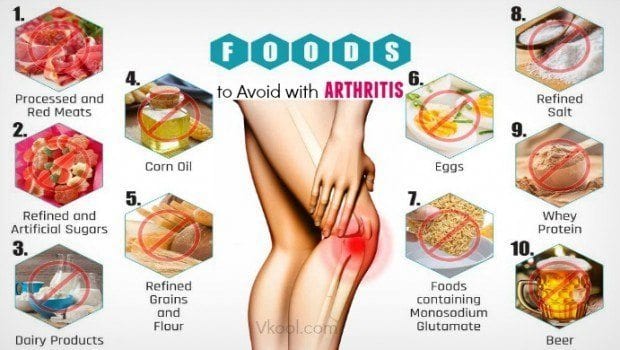 Patellofemoral pain is an extremely common and disabling condition that affects both men and women of all ages. Functionally it limits everyday movements and activities such as squats, lunging, walking up stairs and hills. It has been suggested and research concludes that dysfunction between the Vastus Medialis Oblique (VMO) and the Vastus Lateralis is one of the common predisposing factors that precedes patellofemoral pain.
The anatomical structure of the patella and the groove in the femur (trochlear groove) dictate that if the patella does not sit within the groove perfectly, then the hard edge of the lateral femoral condyle will contact the undersurface of the patella and create a pressure area that begins to wear down the cartilage structure of the patella and femur. Dysfunction of the VMO creates the situation whereby the patella is not able to be centralised in the groove and thus rides up on the lateral femoral condyle.

Physiotherapists, Chiropractors and exercise professionals have for decades been utilising VMO exercises in the treatment of patellofemoral pain.
Some of these exercises have been validated as effective VMO exercises and others have not.This month the focus of this research review is on VMO activity in rehabilitation exercises and also the validation that VMO dysfunction is associated with patellofemoral pain. The first study from Stanford University in California (Pal et al 2011) studied the relationship between VM activation delay and patellar tracking measures in different groups of knee pain patients. They hoped to find that measures of patellar tracking, patellar tilt and bisect offset correlate with VM activation delay in patellofemoral pain patients labelled as lateral maltrackers.
They selected 40 subjects who had suffered for more than 3 months with patellofemoral pain.
They had to have had pain on at least 2 of the following provoking movements � stairs, kneeling, squatting, prolonged sitting and isometric quadriceps contraction. They also selected 15 active, painfree control subjects. The subjects were initially studied in a motion analysis laboratory whilst walking and jogging. From this they collected data on ground reaction force and also the EMG data of the quadriceps was measured during leg swing phase before heel strike. Heel strike was the start of the measurement period and they continued to collect EMG data between the VM and VL during stance phase.
The researchers then measured the EMG signals from the VM and VL in all 55 subjects whilst performing isometric quadriceps contractions to generate �normal� data on each individuals maximum VM and VL activation. The isometric contraction was performed with the subject seated and the knee flexed to 80 degrees and they contracted against the resistance of the examiner. Magnetic resonance images of the subject�s knee in standing with the knee flexed to 5 degrees was also undertaken. From this they could evaluate the relative position of the patella in relation to the femur. They looked at the patella

1. Pal et al (2011) Patellar maltracking correlates with vastus medialis
activation delay in patellofemoral pain patients. American Journal of Sports
Medicine. 39(3). 590-598.
2. Sousa A and Macedo R (2010) Effect of the contraction of medial rotators of the
tibia on the electromyographic activity of vastus medialis and vastus lateralis.
Journal of Electromyography and Kinesiology. 20: 967-972.
3. Irish et al (2010) The effect of closed kinetic chain exercises and open kinetic
chain exercise on the muscle activity of vastus medialis oblique and vastus
lateralis. Journal of Strength and Conditoning Research. 24(5): 1256-1262.

bisect offset value (which is how far lateral the patella sits relative to the midline of the femur) as well as patella tilt angle which is a measure of the lateral rotation of the patella in relation to the femur. From this data they statistically compared the VL/VM activation during walking and running between 5 groups; pain free controls, all  patellofemoral pain patients, patellofemoral pain patients classified as normal trackers, patellofemoral pain patients who were maltrackers either with the patella tilt or the patella bisect offset and those with both tilt and offset. What they discovered was that subjects with both patella tilt and bisect offset as shown on MRI had the greatest and significant differences in VM activation delay. Interestingly, from the 40 subjects with patellofemoral pain, 7 were maltrackers with either a tilt or bisect abnormality whereas 8 had both. The other 25 pain subjects did not show tilt or bisect abnormalities. But when the painfree normal subjects were compared as a group to the pain group, there existed no significant correlation between the groups in VM activation delay in both walking and running. The second study from Portugal (Sousa and Macedo 2010)
approached VM/VL activation in a novel way. They compared maximum quadriceps contraction and the VM/VL ratio between normal quadriceps contraction and quadriceps contraction with resisted tibial medial rotation. The hypothesis was that activation of the medial tibia rotators would increase the VM/VL ratio favourably to recruit the VM over the VL. They selected 24 normal healthy females to participate in the study, all of whom had no injury to the knee, were not athletes and had a Q angle of 14-17 degrees. They had the subjects perform 4 series of contractions with 3 repetitions of each � a total of 12 maximum contractions held for 5 seconds with a 2 min rest. They randomised the sequence of contractions to avoid the fatigue effect. The 4 series were, isometric quadriceps contraction, isometric with forced medial tibial rotation with the tibia  internally rotated, neutral rotation and externally rotated.
They found that significant differences existed between VM/VL ration with no tibial rotation and with forced activation of tibial rotators. It did not matter if the leg was medially rotated, neutral or externally rotated, contraction of the medial tibial rotators preferentially recruited VM over VL during isometric quadriceps contraction. The final study from Plymouth in the United Kingdom assessed the VM/VL activation in 3 commonly used rehabilitation exercises – leg extension, squat with resisted adduction and lunge. They selected 22 healthy asymptomatic subjects (11 men and 11 women) to perform the series of exercises. They initially collected normalised data for maximum EMG activity by
performing repeat maximal isometric quadriceps contractions at 45 degrees of knee flexion. This was done over three trials. They then had the subjects perform 3 trials of the following exercises;
1. Knee extension � seated and contracting the thigh with the knee from 90 degrees to full extension.
2. Double leg squat with isometric hip adduction. With the back flat against a wall and a pillow between the knees, the subject squatted to 45 degrees with constant pressure against the pillow.
3. Lunge exercise. Standing in a stride stance position the knee was flexed to 45 degrees followed by a return to full extension.
What they found was that the squat with the pillow and the lunge produced a greater VM/VL ratio than knee extension. There was no difference between the squat and the lunge with VM/ VL ratio, but the squat showed greater VM activation than the lunge. Furthermore, the leg extension showed greater VL than VM activation. The lunge
exercise showed the best idealised ratio of 1.1 with the VM/VL. Swimmers who covered more than 35 km in training were 4 times more likely to have tendinopathy than those who swam less.

Need to know
Is any of it really new?
The first study from Stanford University is the first study to look at standing MRI images of patella position and have this correlated with EMG data for VM activation
delay during walking and running. Previous studies had looked at supine MRI of the patella with the leg relaxed. The patella engages the trochlear groove at 30 degrees knee bend so patients suffering from patellofemoral pain tend to notice their pain once the patella engages into the groove.
By investigating the patella position in standing, it would more approximate what the patella does in weightbearing activities such as walking.
The UK study is one of the first to have studied the VM/VL ratio in a lunge position. Considering that this is a commonly used rehabilitation exercise, it adds to the evidence of the effectiveness of this exercise as a useful rehabilitation exercise for patellofemoral pain.

Does it challenge the consensus? The Australian EMG study does challenge previous research that If anything, the Standford University study demonstrates that evidence for patella maltracking and patellofemoral pain is in fact quite unrelated. Many of the subjects who suffered patellofemoral pain had normal patella tracking on MRI imaging.

Any clinical implications? Absolutely. If patellofemoral pain and patella maltracking and VM onset is only loosely correlated, then perhaps many of the causes of patellofemoral pain are unrelated to poorly functioning VM and patella maltracking. Perhaps reasons as simple as tight overall quadriceps which may increase the compression force between the patella and femur in knee flexion may be a simpler explanation. The study from Portugal adds another dimension to VMO rehabilitation. By actively internally rotating the tibia (even isometrically) the VM increases its activity. The suggestion is that the VMO also acts as a tibial internal rotator due to its position on the medial patella. However, they measured the activity at 90 degrees knee flexion, a position not suitable for painful knees and post-operative knees. The UK study adds further credibility to the  understanding that closed kinetic chain exercises are more favourable for knee rehabilitation than open kinetic chain exercises. Possibly the lunge is a better exercise for gaining preferential 1.1 ratio of activation but the squat with the isometric hip adduction may be better if the goal is to selectively activate the VM.

Any loose ends? Unfortunately for the Stanford University study, the MRI images of the patella were only taken at 5 degrees knee flexion and not 30 degrees. It would be interesting to view the patella position at greater angles of knee bend whilst standing. Furthermore, it cannot be concluded that what a patella to femur relationship looks like in standing is the same as what happens in walking/running. Due the impact of gait on the limb, perhaps the patella maltracking may be more pronounced due to the influence of the supporting soft tissues such as VL, ITB and also hip joint position. Furthermore, the Stanford University study did not differentiate from the EMG data if the activity was from the Vastus Medialis Obliquus (VMO) or the entire VM. Perhaps with more defined EMG analysis of the VMO � which has been shown to be a significant patella stabilizer � the correlation between VM delay and knee pain may have been more pronounced. It would be interesting if the Portuguese study also looked at their study with the knee flexed to 60 and 30 degrees knee flexion.
Perhaps the knee angle plays a large part on selective activation of the VM when the tibial rotators are activated. Furthermore, they did not specify how much force was placed on the tibia to be resisted for the medial rotation. This may also have a bearing in the clinical setting. Similar to the Portuguese study, the UK study only looked at the effect of the exercises on normal subjects. Would the results have been different in patients with patellofemoral pain?