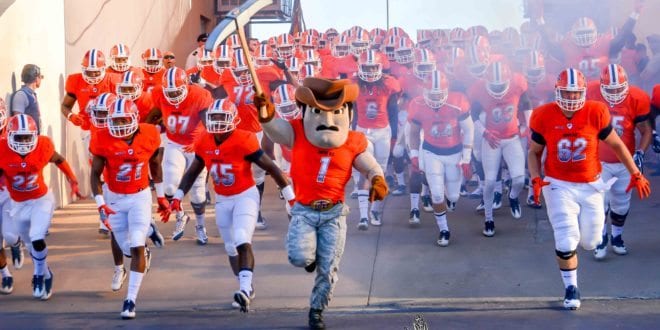 Former Miner Kent Taylor will be heading to San Francisco, for a mini-camp tryout with the 49ers. Taylor is the seventh Miner to be heading to an NFL camp and the second tight end from UTEP.

Taylor transferred to UTEP from Kansas and played in all 12 contests during the 2016 season. The senior added depth to the tight end core catching eight passes for 50 yards.

Taylor hauled in a season-long 19-yard reception on a 3rd-and-8 play that helped lead the Miners’ first touchdown during a 5OT win at UTSA.

Prior to UTEP, Taylor played in 11 games at Kansas and was the leading tight end with 15 catches for 179 yards and a score.