In February, an immigration enforcement case in El Paso earned the attention of domestic violence advocates across the country. As the El Paso Times reported, an undocumented woman was detained by immigration officers right after she went to the courthouse to get a restraining order against a violent and abusive partner. Domestic violence advocates were horrified, worried that it would potentially deter undocumented people from reporting abuse to law enforcement. “It sends a powerful message to victims and survivors that there is no safe place,” Ruth Glenn, executive director of the National Coalition Against Domestic Violence, told Bustle in February.

Now, a month later, the effect of fighting domestic violence is being felt. Sometime after the El Paso incident, Enrique Elizondo, a worker for a domestic violence hotline, received a call from an undocumented woman (I have not included any identifying details to protect her confidentiality), facing an abusive husband. According to Elizondo, she was at the point of fear that the abuse could become lethal. But, after selling all her belongings to come to the United States, she found herself feeling like she was out of options. According to Elizondo, her partner had specifically made threats about contacting Immigration and Customs Enforcement (ICE) and having her deported if she took action. The El Paso case made her fear he could. Elizondo tells Bustle he tried to help her contact legal help, but the woman asked him, Is this legal advocate going to deport me? Ultimately, Elizondo says he was able to get her legal help.

As we celebrate International Women’s Day, it’s important to remember that ALL women deserve support and safety, regardless of race, religion, country of…

According to domestic violence advocates interviewed for this article, these situations are becoming the norm for dealing with undocumented survivors of domestic violence. The 2013 re-authorization of the Violence Against Women Act (VAWA) protects survivors of abuse from deportation for reporting the crime, but, as fear in undocumented communities has grown due to more expansive calls for immigration enforcement under Donald Trump’s administration, it’s hard for the people helping survivors to convince them they’re safe.

The February El Paso case may very well have been a fluke according to the El Paso Times, the woman detained had further criminal complaints against her beyond her immigration status. But the publicity generated by a women detained while seeking help from a court has nevertheless led to worry among violence survivors. Already, four cases in Denver of domestic violence were dropped due to fears of the survivors about immigration status, according to Denver City Attorney Kristin Bronsonm who spoke to NPR about the situation. 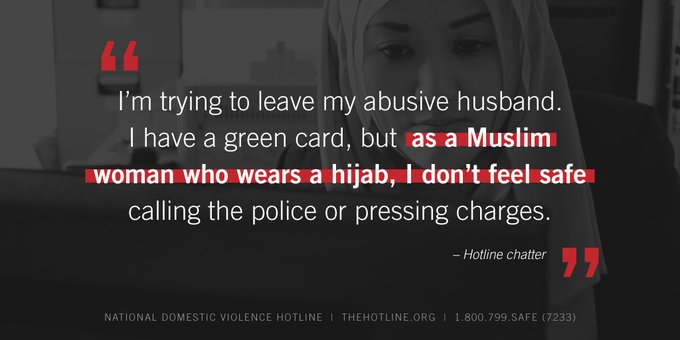 We believe a person’s safety shouldnt be contingent on their religion or immigration status.

“That case [in El Paso] alone, I am actually sure had a chilling effect,” Ruth Glenn tells Bustle a month after we initially spoke. Her organization, the National Coalition Against Violence, is working “to ensure that advocates know how to support those victims by making sure that they know what the laws and the rules are,” she says. Specifically, it has been focusing on helping shelters figure out how to deal with these issues such as knowing that they are expected to maintain the confidentiality of their residents even if ICE officers shows up at the door.

Unfortunately, some are prioritizing continuing to live with abuse.

Under the Obama administration, a 2011 legal memorandum required ICE to exercise prosecutorial discretion when dealing with victims or witnesses to crimes like domestic violence.

According to a statement from Letitia Zamarippa, spokeswoman for ICE, that memo is still in effect. U.S. Immigration and Customs Enforcement (ICE) officers will take into consideration if an individual is the immediate victim or witness to a crime, in determining whether to take enforcement action. Particular attention is paid to victims of domestic violence, human trafficking or other serious crimes.”

But even with the law officially in place, the uncertainty caused by Trump administration actions stepping up deportations and limiting restrictions on ICE causes fear among survivors.

If you think about victims of domestic violence who are already being controlled by a perpetrator, that is compounded and exacerbated when you rely on that person to interpret the laws for you, who is filtering all that information to control you.”

“When you have your local sheriff, whose job is to come to domestic violence scenes and to be in the community if they’re also enforcing immigration law the question is whether victims are going to come call when they’re being abused or sexually assaulted,” says Huang. “Entire communities are afraid of reaching out for help. ICE officers are not always the best at finding out if there’s victims.” 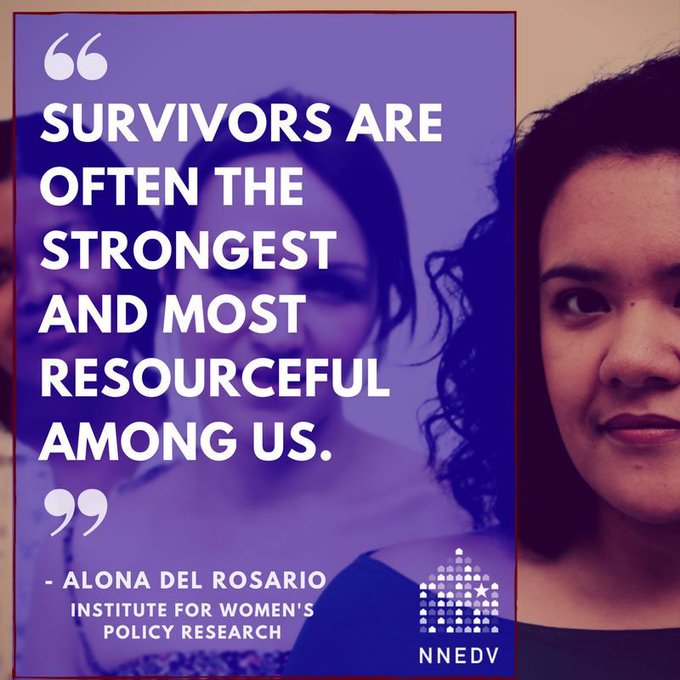 Overall, the growing sense of uncertainty, the anti-immigration rhetoric, and the threats to sanctuary city are leaving a strong impact on domestic violence victims who live in a legal gray area and may not be well versed in their legal rights. “If you think about victims of domestic violence who are already being controlled by a perpetrator, that is compounded and exacerbated when you rely on that person to interpret the laws for you, who is filtering all that information to control you,” Monica McLaughlin, Deputy Director of Public Policy at the National Network to End Domestic Violence, tells Bustle.

The underlying problem is that even if undocumented immigrants can technically get help, McLaughlin explains, “if what’s been communicated indicates that they can’t because they’re not safe, then survivors really aren’t going to reach out to law enforcement for help.”