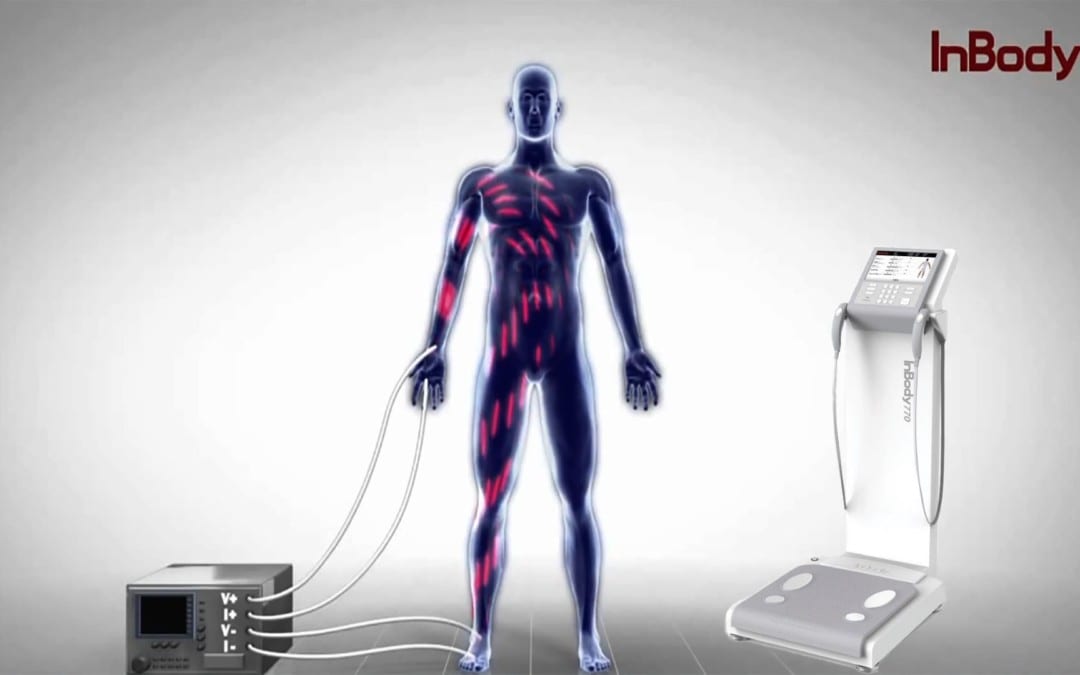 InBody devices use a method called Bio-electrical Impedance Analysis (BIA) to measure body composition. This divides your weight into different components, e.g., lean body mass and fat mass are utilized in the assessment of health and nutrition.

BIA Technology Has Been Revolutionized With InBody

InBody accounts for this by strategically placing electrodes to accurately measure.

No empirical estimations are used to calculate body composition.

InBody measures impedance independently, so results are not affected by age, ethnicity, or gender.

One major problem with the one-cylinder method is the lack of a torso measurement.

The torso has the lowest length and highest cross-section area.

However, the trunk comprises about 50% of an individual�s lean body mass (LBM).

If the body torso is not measured separately then the impedance of the torso could be overlooked.

Because the body torso contains more water and muscles than the limbs, 1 ohm of torso impedance and 1 ohm of limb impedance can be different.

A difference of even 1-2 ohms can lead to a significant error in the determination of TBW.

Some BIA devices only measure the impedance values of two cylinders and estimate the rest.

Some BIA scales only measure the legs.

For BIA handheld devices, only the arms are measured.

Some devices say they measure the whole body when they only measure one arm, one leg, and estimate the rest.

When using a BIA device, find one that actually measures the torso and measures it separately.

Otherwise, the estimations can lead to large errors.

InBody devices do not estimate through Direct Segmental Multi-frequency BIA, which in simpler terms, which means that each segment of the body right arm, left arm, torso, right leg, left leg are measured separately.

In 1969 came The Hoffer and Impedance Index

He showed the squared value of height divided by impedance was highly correlated with total body water.

He took impedance measurements of the right half of the body. These included the right arm, torso, and right leg.

The equation he proved is the impedance index used in Bioelectrical analysis today.

In 1979 came the RJL System and First Impedance Meter

In 1979, RJL Systems brought the impedance meter and the BIA method began.

The device measured impedance through attachment of electrodes on the back of the right hand and on top of the right foot. A current of 50kHz was run through the right half of the body.

Before this, body composition could only be measured with calipers or underwater weighing.

These techniques had to be carried out by skilled people and was not easy.

Only specific types of patients were able to benefit from them, as well.

In the 1980’s BIA limitations Emerged along with…

Lukaski, Segal and other scholars are the ones that accelerated the evolution of BIA.

Their studies proved that BIA had a high correlation with top standard methods, e.g., Underwater Weighing and DEXA.

However, there were technical limitations with BIA which surfaced towards the end of 1980s.

A common limitation was that BIA would assumed the human body was a cylinder shape and so only used a single frequency of 50 kHz.

Through research, various equations evolved (along with the impedance index). This complemented the technical limitation of BIA and was able to achieve greater accuracy for patients of different age, gender etc.

Empirical data is defined, as knowledge acquired by means of observation or experimentation.

By collecting data on a sample population that (hopefully) represents the variance of the entire population, researchers attempt to derive trends that may be used to predict outcomes.

In body composition, researchers identify these trends in muscle and fat mass; they use this data to predict body composition based on specific variables (age, gender, ethnicity, etc.)

Although empirical estimations could give you an accurate estimate of a general user�s body composition, there are significant problems when they are used for medical purposes.

Suppose there is a device that uses empirical equations to calculate TBW.

And there are two individuals who have amount of lean body mass, however, one is 30 years old and the other is 40 years old.

Even though they have the same amount of LBM, the empirical equation will calculate that both will have 0.8 L difference in their TBW. This only because of age, which is not fair or accurate.

Because of technological limitations, BIA devices turned into home devices instead of hospital devices.

Then Japanese manufacturers released a variety of BIA body composition devices that the general public could easily use.

Since the torso makes up 50% of lean body mass, Kushner emphasized measuring the impedance of the torso separately would be very significant.

Measuring total impedance alone is not sufficient. However, when all five parts are measured separately at different frequencies, then a distinction between extracellular water and intracellular water can be made.

In 1996, Dr. Kichul Cha, a bioengineer from Harvard Medical School, develops the first 8-point electrode system with direct segmental analysis, which measures impedance for the five cylinders of the body at multiple frequencies.

With this technology highly accurate results, without using empirical data, were able to be yielded.

InBody body composition analyzers became precision based medical devices. Impedance values for all of the body’s cylinders can be found on the InBody Result Sheet.

Many BIA products today provide muscle mass for each section of the body.

However, you can see the impedance values of all five parts of the body with the use of both high and low frequencies.

Normally, about 73% of Fat-Free Mass is water.

This model is handy for evaluating basic hydration status of patients.

This model is often used for the assessment of fluid balance associated with the treatment of conditions in a clinical setting.