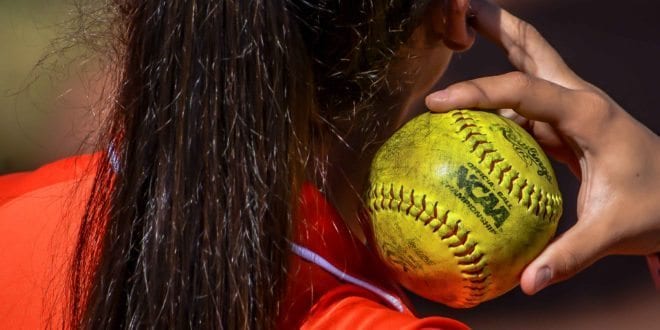 Courtney Clayton, who registered her 13th multi-hit game of the season, led the contest off with a single that set up Ryder for her first dinger of the afternoon. The junior cranked a two-run shot on a 2-1 pitch over center to give the Miners an early 2-0 edge.

The scoring onslaught happened in the second frame as the Miners batted around the order and racked up seven runs on six hits.

In the second, Lindsey Sokoloski, who was perfect at the plate, singled to right on a one-out, first pitch toss. Clayton knocked Sokoloski across the dish after she singled to right to make the score 3-0, while an error in right advanced Clayton to third. Ryder registered another RBI, this time on a single to right that scored Clayton.

Cortney Smith was hit by a pitch to put two on base for Kiki Pepi. Smith and Ryder recorded a double steal before Pepi came up with a two-run double through the left side to make the score 6-0.

The inning continued when Taylor Sargent singled on a bunt, advancing Pepi to third. Sargent went on to steal second and Pepi took home when the fielder dropped the ball on Sargent�s steal attempt, giving the Miners a 7-0 advantage. Cross and Bryanna Molina drew back-to-back walks that set up back-to-back RBI by Sokoloski and Clayton to make the score 9-0.

Incarnate Word would score a run in the bottom second and tacked on two more in fourth (9-3).

But the Miners wanted to finish the contest early as Ryder led off the top fifth with her second long ball of the contest over center on a 3-1 hurl. Following a pair of outs, Sargent doubled off the fence in center and Cross connected on an infield single that took a crazy bounce away from the first baseman that paved the way for Sargent to score for the eight run lead.

Starting pitcher Grohmann (1-1) allowed a lead-off single by Danielle Ramirez, but Marcela Lopez and Christy Trevino each popped out to Smith. Alex Alonzo grounded out to end the contest.

Grohmann won her first contest of 2017, walking none on 84 pitches.

The Cardinals used a four-run second as the Miners couldn�t dig themselves out of the hole. Ryder put her squad on the board with a sac-fly to center that scored Ariel Blair to make the score 4-1.

Incarnate Word got the run back in the sixth.

Clayton used her first hit of the game to plate pinch runner Brianna Red, but the Miners couldn�t figure out Cardinals� pitcher Joanna Velencia. The starting hurler struck out nine batters in a complete game effort.

Blair and Clayton tallied the Miners� only two hits.

UTEP will return to Conference USA action as it hosts WKU for the first time in program history. The Miners and Lady Toppers will play a doubleheader on April 8, starting at 3 p.m., while Sunday�s series finale is set for a 1 p.m. start. WKU (20-20, 4-8 C-USA) stands in fifth place in the East Division.

The information herein on "Ryder & Grohmann Lead UTEP past Incarnate Word, 11-3 in 5 Frames" is not intended to replace a one-on-one relationship with a qualified health care professional, or licensed physician, and is not medical advice. We encourage you to make your own healthcare decisions based on your research and partnership with a qualified healthcare professional.