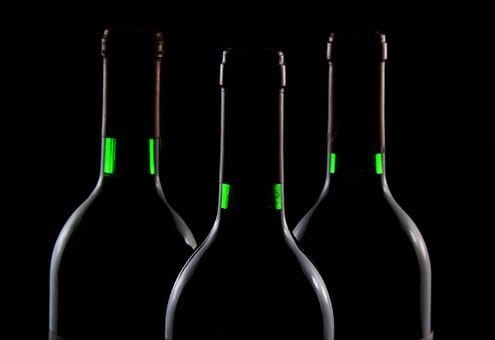 More older American women than ever are drinking — and drinking hard, a new study shows.

Most troubling was the finding that the prevalence of binge drinking among older women is increasing dramatically, far faster than it is among older men, the researchers noted.

The difference was striking: Among men, the average prevalence of binge drinking remained stable from 1997 to 2014, while it increased an average of nearly 4 percent per year among women, the researchers found.

Increased drinking and binge drinking can be a serious health problem for women, said study author Rosalind Breslow, an epidemiologist at the U.S. National Institute on Alcohol Abuse and Alcoholism.

Women don’t tolerate alcohol as well as men, and they start to have alcohol-related problems at lower drinking levels than men, Breslow explained.

She pointed out that on average, women weigh less than men, and have less water in their bodies than men do. (Alcohol dissolves in water).

“So, after a man and woman of the same weight drink the same amount of alcohol, the woman’s blood alcohol concentration will tend to be higher, putting her at greater risk for harm,” Breslow said.

For the study, Breslow and her colleagues collected data on more than 65,000 men and women aged 60 and older who were current drinkers. Among these, more than 6,500 men and 1,700 women were binge drinkers.

As the U.S. population ages, the number of men and women 60 and older who drink will likely increase further, bringing with it more alcohol-related problems.

It’s not clear why this is happening, Breslow added.

“There is a great deal of speculation that baby boomers drank more when they were young and continue to drink more as a group. There is some limited evidence to support this speculation,” she said.

“We did find that more younger boomers, ages 60 to 64, both men and women, were drinking than people of the same age in past generations,” Breslow added.

Whether drinking is increasing among certain racial or ethnic groups isn’t something the researchers analyzed, she said.

But alcohol can have devastating consequences, particularly for older adults, Breslow said.

“Too much drinking increases your chances of being injured or even killed. Alcohol is a factor, for example, in about 60 percent of fatal burn injuries, drownings and homicides; 50 percent of severe trauma injuries and sexual assaults; and 40 percent of fatal motor vehicle crashes, suicides and fatal falls,” she said.

“Think before you drink,” she said. Adults over age 65 who are healthy and do not take medications should not have more than three drinks a day or seven drinks in a week, Breslow said.

“Based on your health and how alcohol affects you, you may need to drink less or not at all,” she added.

Another alcohol abuse expert also felt that the rise in binge drinking among older women was the most concerning finding in the study.

“We know that, overall, women are more sensitive to the negative health consequences of alcohol than men,” said Dr. J.C. Garbutt, medical director of the University of North Carolina Alcohol and Substance Abuse Program, in Chapel Hill.

“These consequences include liver disease, high blood pressure, stroke, heart disease and cognitive impairment — serious problems — and addiction to alcohol is possible as well,” he said.

Garbutt said he couldn’t explain the increase in binge drinking among older women.

“One would have to think there are major cultural factors at work, including the greater acceptability for women to drink, family structural changes, and perhaps greater access. But we really don’t know so it would be premature to speculate,” he said.

“Regardless, this speaks to the need to continue to educate the public about the harms of alcohol, including the increased risk to women and older individuals,” he said.

The report was published March 24 in the journal Alcoholism: Clinical and Experimental Research.

A study published last October also found the gap in drinking between men and women is closing.

Women across the globe are now nearly as likely as men to drink and to engage in excessive drinking, according to researchers with the National Drug and Alcohol Research Center at the University of New South Wales in Australia.