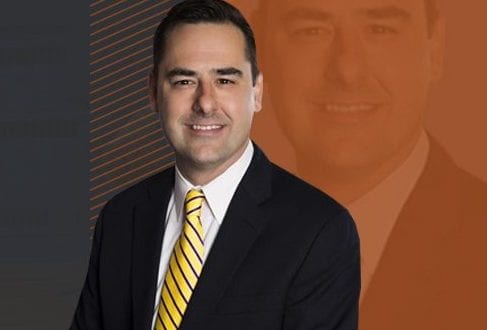 UTEP Director of Athletics Bob Stull announced on Monday that Kevin Baker has been appointed as the eighth head coach in UTEP women�s basketball history.

�We are very pleased to introduce Kevin Baker as our head women�s basketball coach,� Stull said.� �We had tremendous interest nationally for this position, and it was really difficult going through the process of narrowing it down to the type of person that we wanted to lead this program.� In the end, no one could match the level of success that he has achieved, winning over 300 games and setting school records for victories at every stage of his coaching career.� He is a personable and energetic young man and a great fit for UTEP and the El Paso community.�

�I�d like to thank Dr. Diana Natalicio and Bob Stull for giving me the opportunity to lead the UTEP women�s basketball program,� Baker said.� �I am truly honored to take the reins of a program that has enjoyed so much success.� Coach Adams had an amazing run here for 16 years.� She really put UTEP women�s basketball on the map, and my goal is to build on what she has already accomplished.�

More recently, Baker�s teams captured back-to-back conference championships at UT-Tyler and Angelo State.� He led Angelo State to a 26-6 mark in 2016-17, including the school�s first-ever NCAA Sweet 16 appearance and a runner-up finish in the NCAA South Central Regional.

Baker has led both a Division II (Angelo State) and Division III (UT-Tyler) school to the Sweet 16 of the NCAA Tournament.

His 2016-17 Angelo State squad was ranked as high as second in the nation, earning him Conference Coach of the Year honors for the fourth consecutive season.� The Rambelles were 24-8 in 2015-16, reaching the NCAA Regional semifinals.

Baker spent the previous five years (2007-12) as an assistant coach at Division II West Texas A&M University, where he was part of a run to 120 victories including a 30-4 campaign in 2009-10.� The Lady Buffs were a top-10 team nationally all five seasons, were ranked fourth in 2007-08, and advanced to the NCAA Tournament on four occasions.

In 10 seasons as a high school head coach, Baker put together three seasons with 29 or more wins.� He was a combined 222-101 in the prep ranks.� Highlights included a 29-4 mark at Palestine High School (4A) in 1999-2000, a school-record for victories, and District, Bi-District and Area championships.

His 2002-03 Nacogdoches team was 30-4, a school-record for wins, with District and Bi-District titles.� His final high school team, at Copperas Cove (2006-07), was 32-3 with Area and Bi-District championships and a Regional Semifinal berth.

Baker received his Bachelor of Science degree (Kinesiology) and Masters of Education from Stephen F. Austin in 1994 and 1996, respectively.� He began his coaching career as an assistant girls basketball coach at Hudson High School in his hometown of Lufkin, Texas in 1994.

The information herein on "Kevin Baker Named UTEP Women�s Basketball Head Coach" is not intended to replace a one-on-one relationship with a qualified health care professional, or licensed physician, and is not medical advice. We encourage you to make your own healthcare decisions based on your research and partnership with a qualified healthcare professional.