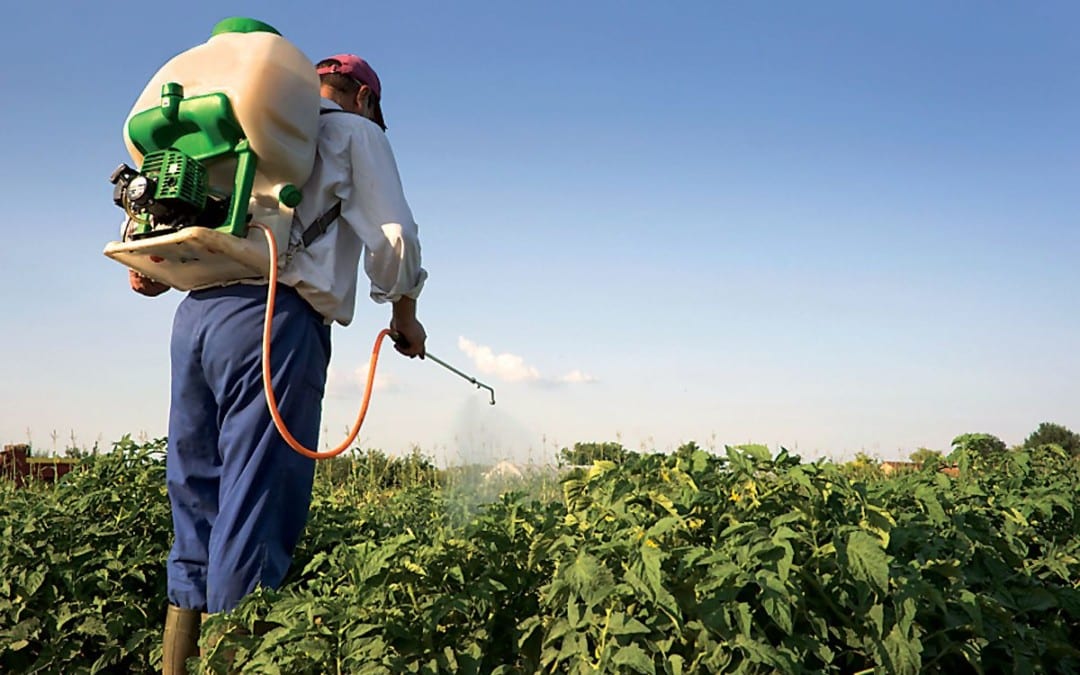 Pesticides are some of the most harmful substances found in our environment today. The primary function of these chemicals is to eradicate unwanted insects, plants, molds and rodents. They are also utilized in a variety of settings, including homes and schools.

Chemicals referred to as insecticides, herbicides, fungicides and bactericides are all different forms of pesticides. This includes: bug bombs, ant spray, mosquito spray, mosquito fogging, termicides, flea and tick spray, lice treatments, bee and wasp spray, weed prevention, weed abatement, crop spraying and rodent control. Individuals with allergies, asthma or nerve damage may have already be affected by the pesticides in the environment.

The Risks of Pesticides

Prolonged exposure to pesticides has been previously associated with poor mental development, autism and ADHD. One research study even determined that pesticides may be capable of inducing some of the core characteristics of pervasive development disorders or autism. Further experimental and observational research data suggested a connection between parental pesticide exposure and physical birth defects, low birth weight and fetal death.

A research study conducted on mothers living in California’s Central Valley also concluded that children born to moms who had been increasingly exposed to organochlorine insecticides, such as DDT, dieldrin and heptachlor, applied within 500 meters of the home during days 26 and 81 of gestation, were 7.6 times more probable of being diagnosed with autism. Furthermore, in 2012, Dr. Philip Landrigan, MD, and Director of Children’s Environmental Health Center, or CEHC, listed organochlorine pesticides as one of the top 10 environmental contributors suspected of developing autism in children.

Unfortunately, children are known to be considerably more sensitive to the hazards of pesticides. Scientific evidence has shown that the human brain isn’t fully formed until the age of 12. Because of this, childhood exposure to pesticides can tremendously impact the development of a child’s central nervous system. Children have more skin surface for their size than adults and they have not fully developed their immune system, nervous system or detoxifying mechanisms, which makes them less capable of fighting the introduction of harmful pesticides into their delicate systems.

In addition, many of the activities which children engage in, such as putting objects into their mouth, playing in the grass, even playing on the carpet, can increase their exposure to pesticides. With the increased exposure to these dangerous substances and chemicals and the lack of bodily development to combat the hazardous effects of pesticides, a substantial number of children may be suffering from exposure to these pesticides.

The Centers for Disease Control and Prevention, or CDC, determined an 18 percent increase in food allergies over a 10 year period of time. Dr. Elina Jerschow, MD and allergist, stated that there may be a strong connection between this increase and exposure to pesticides.

A research study published in the United States established that pesticides may double the risk of developing asthma. Researchers from another study conducted in Spain declared that pesticides are capable of directly damaging the bronchial mucosa and may increase the risk of developing asthma, can aggravate the condition in those who already have it and may even trigger asthma attacks.

A new study also concluded that people who were exposed to higher levels of various of the common weed-killing substances were more likely to develop food allergies. These chemicals are known as dichlorophenols, or DCPs, They are created by the breakdown of common pesticides, including chlorinated chemicals utilized to purify drinking water. These are also utilized in air fresheners, moth balls, deodorizer cakes in urinals and certain herbicides sprayed in crops. “They’re quite common,” stated researcher Elina Jerschow, MD, an allergist at Montefiore Medical Center in the Bronx, N.Y.

Researchers believe that the increased rate of food allergies in the United States can be directly correlated to the overuse of pesticides in the environment. A 2008 study conducted by the CDC, or the Center for Disease Control and Prevention, determined an 18 percent increase from 1997 to 2007. In addition to past studies, data gathered by the National Health and Nutrition Examination Survey, or NHANES, analyzed levels of pesticides and other chemicals in the urine of 2,211 individuals who participated in the study. A majority of participants had detectable levels of DCPs in their urine and more than 50 percent of them showed sensitivity to at least one food, such as peanuts, milk or eggs, as well as to environmental allergens such as ragweed or pet dander. Those with the highest levels of dichlorophenols displayed the greatest food sensitivities.

These harmful substances and chemicals were once designed to function as nerve gasses for chemical warfare, meaning that they were originally designed to kill living things. When it was discovered that they were also capable of killing people, these were then used in smaller doses to eliminate insects, weeds and other small organisms.

Pesticides work by seeking out lipids, or fats, making the brain the primary target organ of the hazardous material due to its abundance of fats. Also, these substances can inhibit the enzyme acetylcholinesterase. Acetylcholine is the main neurotransmitter found in the brain, it is what Dr. Sherry Rogers calls the primary happy hormone. It is the basic chemical which helps the brain, nerves and muscles function properly.

Pesticides can affect the production of this hormone. Acetylcholine also controls the body’s stress response system, commonly known as the fight or flight response. When pesticides inhibit acetylcholinesterase, then high levels of acetylcholine begin to build up, triggering the body to remain in the fight or flight state. This results in the constant release of norepinephrine, adrenaline and cortisol, which can eventually develop high levels of anxiety, increased heart rate, nervousness, insomnia, irritability and can ultimately cause the adrenal glands to burn out. They can also interfere with the conversion of tryptophan into serotonin, our natural antidepressant, which can lead to insufficient levels of serotonin, often resulting in depression.

Utilizing a water filtration system that removes pesticides from drinking water and purchasing organic foods can help tremendously reduce your exposure to pesticides. Then, not using pesticides in your own garden to eliminate weeds or insects is another improvement. Additionally, be sure to check with your child’s school to determine which chemicals and/or substances they are utilizing themselves and find out their schedule. These could potentially be a trigger to your child’s allergies or asthma.

Medical professionals and scientists are well aware of the health impacts the wide use of pesticides in the world can cause, turning it into a big concern globally. Most individuals aren’t aware of the dangerous amounts of harmful substances and chemicals they are being exposed to on a regular basis and many don’t even have a concept of the hazardous consequences these can have on our own health and wellness.

There is a huge body of evidence on the relation between pesticide exposure and the following chronic diseases and conditions:

According to the World Health Organization, between 1 million and 25 million individuals experience poisoning due to pesticides each year. It is estimated that as many as 20,000 people in the United States will develop cancer each year from pesticides found on their food.

How to Further Reduce Exposure to Pesticides

Consume organic products. Conventionally farmed fruits and vegetables have high concentrations of pesticides, both externally and internally within the meat of the fruit or vegetable.

Do not utilize any substances or chemicals in your home or yard to eliminate weeds and insects. Use non-toxic and healthy alternatives for pests.

Remove your shoes before entering your home. This can be an essential practice because shoes are known to pick up pesticides everywhere you go. When you track them into the house, their potency increases and they become more toxic.

Avoid places where you know pesticides are constantly sprayed. Golf courses can be especially toxic.

Stay away from agricultural/farming areas.

It�s important to understand that any substance or chemical that is designed to kill a living creature or plant, regardless of how small it is, will be harmful to all living things. There is no safe level of pesticide. A variety of healthcare professionals as well as other health specialists can inform you further on the subject matter. Be sure to speak to who it may concern regarding the issues associated with pesticides and your health.

Additional Topics: What is Chiropractic?

Chiropractic care is an well-known, alternative treatment option utilized to prevent, diagnose and treat a variety of injuries and conditions associated with the spine, primarily subluxations or spinal misalignments. Chiropractic focuses on restoring and maintaining the overall health and wellness of the musculoskeletal and nervous systems. Through the use of spinal adjustments and manual manipulations, a chiropractor, or doctor of chiropractic, can carefully re-align the spine, improving a patient�s strength, mobility and flexibility. 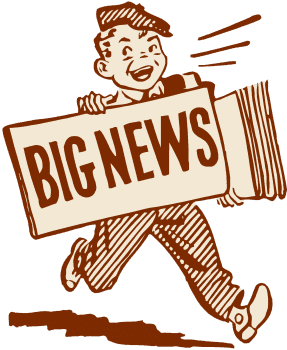 The information herein on "Health Issues Associated with Exposure to Pesticides" is not intended to replace a one-on-one relationship with a qualified health care professional, or licensed physician, and is not medical advice. We encourage you to make your own healthcare decisions based on your research and partnership with a qualified healthcare professional.