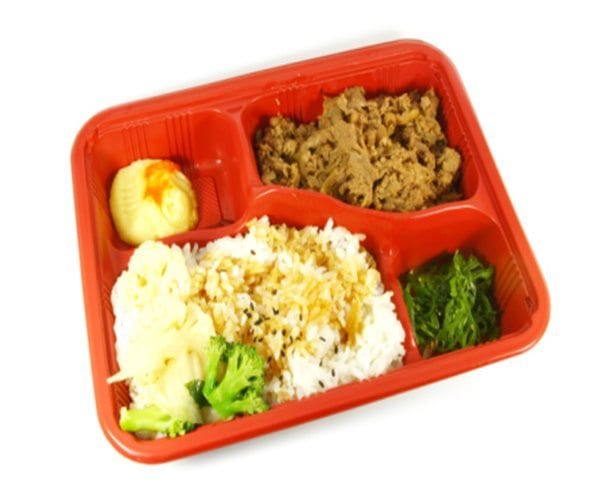 Schools won’t have to cut more salt from meals just yet and some will be able to serve kids fewer whole grains, under changes to federal nutrition standards announced Monday.

The move by President Donald Trump’s Agriculture Department partially rolls back rules championed by former first lady Michelle Obama as part of her healthy eating initiative. Separately, the Food and Drug Administration said on Monday it would delay � for one year � Obama administration rules that will require calorie labels on menus and prepared food displays. The rule was scheduled to go into effect later this week.

As his first major action in office, Agriculture Secretary Sonny Perdue said the Agriculture Department will delay an upcoming requirement to lower the amount of sodium in meals while continuing to allow waivers for regulations that all grains on the lunch line must be 50 percent whole grain.

Schools could also serve 1 percent flavored milk instead of the nonfat now required.

“If kids aren’t eating the food, and it’s ending up in the trash, they aren’t getting any nutrition � thus undermining the intent of the program,” said Perdue, who traveled to a school in Leesburg, Virginia, to make the announcement.

Health advocates who worked closely with the Obama administration on nutrition issues criticized the two moves, saying that the Trump administration is messing with rules that are popular with the public.

The menu labeling law would have required chain restaurants and other establishments that sell prepared foods to post the calorie content of food. The FDA said the delay “allows for further consideration” of ways to reduce costs or make the rules more flexible as supermarkets and pizza delivery companies have lobbied against it.

“The Trump administration is showing in two important ways that it puts business interests before its populist rhetoric on the campaign trail and what mainstream Americans want,” said Margo Wootan, a lobbyist for the Center for Science in the Public Interest.

The school meal changes reflect suggestions from the School Nutrition Association, which represents school nutrition directors and companies that sell food to schools. The group often battled with the Obama administration, which phased in the healthier school meal rules starting in 2012.

The Obama administration rules set fat, sugar and sodium limits on foods in the lunch line and beyond. Schools have long been required to follow government nutrition rules if they accept federal reimbursements for free and reduced-price meals for low-income students, but these standards were stricter. Obama pushed the changes as part of her “Let’s Move” campaign to combat childhood obesity.

The Trump administration changes leave most of the Obama administration’s school meal rules in place, including requirements that students must take fruits and vegetables on the lunch line. Some schools have asked for changes to that policy, saying students often throw them away.

But the health advocates who have championed the rules are concerned about the freeze in sodium levels, in particular. School lunches for elementary school students are now required to have less than 1,230 mg of sodium, a change put in place in 2014. The changes would keep the meals at that level, delaying until at least 2020 a requirement to lower sodium to 935 mg. That requirement was scheduled to begin in the 2017-2018 school year.

“By forgoing the next phase of sodium reduction, the Trump administration will be locking in dangerously high sodium levels in school lunch,” Wootan said.

Before he signed the proclamation, Perdue and Senate Agriculture Chairman Pat Roberts, R-Kan., ate chicken nuggets, fruit and salad with children at Catoctin Elementary. Perdue said he doesn’t see the changes as a rollback, but “we’re just slowing down the process.” He praised Obama’s nutrition efforts as first lady but said he wants the healthier meals to be more palatable.

He said the department will work on long-term solutions to further tweak the rules.

Becky Domokos-Bays, the nutrition director for Loudon County, Virginia, including Catoctin Elementary, said she has been experimenting with the lower sodium levels and she’s had a hard time adjusting some of the more popular foods she serves. Kids like her chicken noodle soup, she says, but rejected it when she lowered the sodium content because it was thinner and had less taste.

Perdue, a former governor of Georgia, said some schools in the South have had problems with grits, because “the whole grain variety has little black flakes in it” and kids won’t eat it.

“The school is compliant with the whole-grain requirements, but no one is eating the grits,” Perdue said. “That doesn’t make any sense.”

Others don’t want to see any changes to the healthier meals. Outside the school, Leesburg Mayor Kelly Burk and about 20 others protested ahead of the announcement. One sign read: “Sonny � Our children do not want big business soda, chips and fries!”

“Some people don’t like regulations, but these are important regulations that impact kids,” Burk said.

The information herein on "Gov't Relaxes Healthy Standards for School Meals" is not intended to replace a one-on-one relationship with a qualified health care professional, or licensed physician, and is not medical advice. We encourage you to make your own healthcare decisions based on your research and partnership with a qualified healthcare professional.