Coffee Enemas: What the Science Says 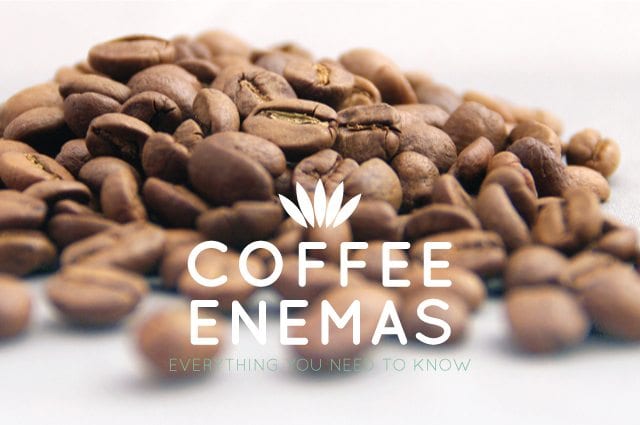 Have you heard about the purported benefits of daily coffee enemas? A collection of recent website articles may have you feeling intrigued by the range of asserted health claims. However, I recommend reading this post before you do one.

As the Paleo community grows, many ideas from other alternative health communities are finding a foothold in Paleo. I believe some of these concepts are extremely positive (woot, meditation!) and others to be downright dangerous (yes, coffee enemas are a good example), and of course, there�s the entire world of gray in between.

Whenever I get asked if �X� is a good idea, I go to the scientific literature (read more about my scientific background here). I look at epidemiological studies, mechanistic studies, and clinical trials to form the most complete picture possible about a given topic. And then, I try to communicate what science can tell us, with the nuances and the details, the pros versus the cons versus the unknowns, and without oversimplification�so that you can make an informed choice to best fit your individual needs.

In the case of coffee enemas, the scientific research is in stark contrast to how coffee enemas are typically advertised in the alternative health community as �Unmatched Detoxification for Health and Recovery�. Not only are coffee enemas scientifically-proven to be ineffective, but they are potentially dangerous and have been known to cause death.

The use of coffee enemas for detoxification dates back to the 1930s, when Dr. Max Gerson used them as part of his alternative cancer treatment protocol. Once used exclusively in the Gerson Institute, coffee enemas are now popular in many alternative health circles.

According to the Gerson Method, coffee enemas work via the following mechanisms. First, the cafestol palmitate in coffee promotes activity of the antioxidant enzyme glutathione S-transferase, which detoxifies the products of tumor cell metabolism. Second, the caffeine in coffee is believed to cause dilation of the bile ducts which would then facilitate the elimination of toxic products from the liver. Caffeine is also believed to stimulate the passage of toxic products from the blood into the colon. Finally, the enema fluid stimulates peristalsis and drainage of all these toxins from the gut.

It sounds plausible. However, none of the claimed health benefits from coffee enemas have been supported by scientific research.

There are indeed many beneficial substances in coffee. Coffee decreases risk of several cancers, including cancer of the endometrium, colon, skin, prostate, and liver. A brand-new study shows that coffee drinkers have substantially lower blood markers of inflammation than non-coffee drinkers and that this may mediate the anti-cancer effects of coffee (note: this new research contradicts previous studies looking at coffee and inflammation).

Coffee does contain a high amount of antioxidants. Both kahweol and cafestol are potent enhancers of glutathione S-transferase, a major antioxidant enzyme (and one that is known to both prevent and be therapeutic in cancer). Average coffee consumption in humans increases the amount of glutathione S-transferase in the blood by 16% (another tick in the pro category for coffee). There�s some other neat antioxidants in coffee too. Melanoidins, which are formed during the roasting process, are not only great antioxidants but even inhibit oxidation of lipids (fats). We all know, I�m a big fan of phenolic compounds; coffee contains chlorogenic acid and caffeic acid which are antioxidant phenols. Even caffeine and its metabolites (theobromine and other xanthines) are antioxidants and may protect DNA from damage.

Coffee might not be ubiquitously beneficial (see this post for more on the pros and cons of coffee consumption), but the growing body of scientific literature explaining why coffee might prevent cancer shows that including coffee in an alternative protocol for treating cancer isn�t a far-fetched idea.

However, the question becomes: do you get more benefits from drinking coffee or using it to perform an enema? Fortunately, some well-designed scientific studies have addressed exactly this question.

A recent study compared the antioxidant effects of a cup of coffee versus a coffee enema. The researchers used three different measurements of antioxidant activity from blood samples: levels of glutathione S-transferase (GST), malondialdehyde (MDA) and trolox equivalent antioxidant capacity (TEAC). For all three measurements, there was no difference between drinking a cup of coffee versus administration via enema, even when repeated over many days.

As for the role that caffeine has in the purported benefits of the coffee enema, drinking coffee is a far more effective method for increasing the amount of caffeine in your blood (and hence causing vasodilation to potentially send toxins from the blood into the colon, or causing increased bile acid secretion to potentially facilitate liver detoxification) compared to administering it at the other end. In fact, one study measured serum caffeine levels in healthy volunteers after drinking a cup of coffee or following Gerson�s coffee enema procedure and found substantially higher amounts of caffeine entered the bloodstream after drinking a cup of coffee. 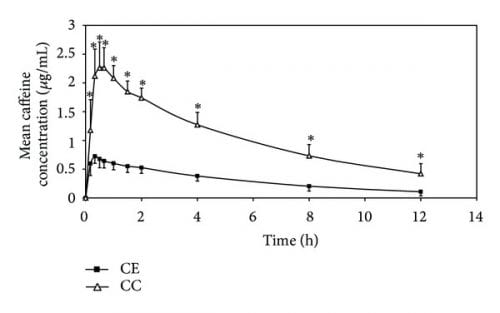 Taken together, these two studies strongly indicate that you�ll get more out of drinking a morning cup of joe, compared to the rather involved process of a coffee enema.

It�s probably not a surprise that performing a coffee enema incorrectly can cause rectal burns, which has caused strictures, rectal perforation, infection, sepsis, and death. But, coffee enemas appear to cause serious, life-threatening complications even when performed �correctly�. Case studies have reported incidences of proctocolitis and polymicrobial enteric septicemia, not associated with burns from too-hot enemas.

While the exact mechanisms of these adverse reactions remains unknown, scientists speculate they are �chemical-induced�, i.e., caused by overall acidity of coffee as well as the complex slurry of chemicals that coffee is made up of, including the above-mentioned chlorogenic acid, caffeine (a known gut irritant), cafestol, and kahweol. The upper digestive tract is more equipped to handle things like acidic foods/beverages that the lower digestive tract.

This isn�t a case of mixed results in the scientific literature, or an incomplete understanding of a concept (in which case, I�d be talking about pros and cons and unknowns and give some guidance for self-experimentation). There have been only a couple dozen studies published looking at the use of coffee enemas. These studies fall under two categories: reports of severe complications and injury caused by coffee enemas; and reports showing they don�t work as described. The only remotely positive scientific study that I can find on the use of coffee enemas is one investigating their use as a prep for small bowel video capsule endoscopy (in which case, the authors showed that coffee enema plus polyethylene glycol was marginally better than polyethylene glycol on its own).

The National Institutes of Health funded a variety of clinical trials into complementary and alternative medicine treatments for cancer back in 2000 (some really interesting research has come from this initiative, including many studies showing great therapeutic potential to alternative medicine therapies). Coffee enemas were included in a study comparing the Gonzalez protocol (similar to Gerson) to standard chemotherapy for pancreatic cancer (one of the worst cancers you can get). The participants in the study had confirmed adenocarcinoma of the pancreas that was inoperable because of advanced primary tumor or metastases (i.e., stages II to IV) and had had no prior treatment (except surgery with noncurative intent). Patients had to have been given at least 2 months to live and had to begin therapy within 8 weeks of diagnosis. Initially, the study was randomized, however when they couldn�t get enough participants, they switched to a nonrandomized (but still controlled) study design. The study was terminated after results from the first 55 study participants showed that the Gonzalez protocol had three times WORSE survival at 1 year than chemotherapy. This study was clearly a lot more complicated than just coffee enemas, but it�s fairly damning of the entire rationale for their use in the first place.

I�m of course a supporter of individuality and self-experimentation, but my recommendations for ideas to experiment with are always based on at least some positive results in the scientific literature. There are none to support coffee enemas.

Sourced through Scoop.it from: www.thepaleomom.com

With the increasing alterations in people’s diets as well as the environmental changes and rise of everyday stress, the human body has increasingly begun to accumulate a dangerous amount of toxins which can alter overall health and wellness. Since approximately the 1930’s, coffee enemas have been utilized as a method to detoxify the body, however, various studies demonstrate the various benefits and risks of the procedure.

After being involved in an automobile accident, the sheer force of the impact can cause damage or injury to the body, primarily to the structures surrounding the spine. Whiplash is a common result of an auto collision, affecting the bones, muscles, tendons, ligaments and other tissues around it, causing symptoms such as head pain. Headaches are a common symptom after an automobile accident, which may require immediate medical attention to determine its source and follow through with treatment.