Astaxanthin and Its Benefits

If you are experiencing any of these situations, then you might want to try astaxanthin.

The body needs specific vitamins, minerals, and supplements from food, in order to function correctly. The variety of these nutrients can be found in healthy foods like fruits, vegetables, lean meats, and whole grains are precisely what the body needs. One of the essential nutrients that the body needs is antioxidants. Antioxidants help the body get rid of free radicals that can cause the body to become overly stressed and leading it to develop chronic illnesses. There is an antioxidant that can help the body and can be found in berries and pomegranates, and it is called astaxanthin. 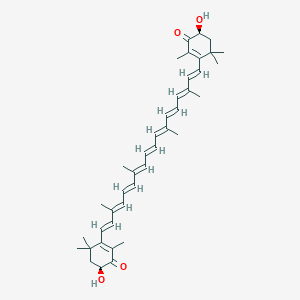 Astaxanthin is a xanthophyll carotenoid that can be found in various microorganisms and marine animals. Astaxanthin is common for humans to apply and consume into the body while also being different. This red, fat-soluble pigment is quite different from the other kinds of food that contain carotenoids. Astaxanthin surprising does not contain vitamin A like all the other food containing carotenoids, and astaxanthin is an impressive antioxidant. Studies have shown that astaxanthin can not only be beneficial for the eyes but can provide nutritional support as well as having potential health-promoting effects in preventing and treating various diseases that can harm the body. Some of the various diseases that can harm the body when there is an excessive amount of free radicals can include:

Another study found that astaxanthin was superior to fish oil due to astaxanthin having the ability to enhance the body’s immune response and thus lowering the risk of vascular and infectious diseases that can harm the body, causing it to dysfunction.

There are some fantastic beneficial properties that astaxanthin can provide for the body and help improve the body�s systems as well.

Astaxanthin is a powerful antioxidant since various chronic diseases are rooted in a disproportionate balance of reactive oxygen and nitrogen species to antioxidants. Studies have shown�that astaxanthin has been known to scavenge free radicals more effectively out of the body than beta-carotene. There was another study showing how the body�s DNA was damage due to low plasma 8 -OHdG (8-hydroxy-2′-deoxyguanosine) levels.

The publication of the immunomodulatory effects of astaxanthin is not getting enough attention as they should be. A test study has reported that dietary astaxanthin was able to stimulate mitogen-induced lymphocyte proliferation. This will help increase the natural killer cell cytotoxicity and even delay the hypersensitivity response in the body while also increasing the numbers of total T and B cells in the peripheral blood in the body. Another study showed how astaxanthin could help significantly enhanced lymphocyte proliferation in vitro and ex vivo. The studies also found that astaxanthin can be consumed in high concentrations without the risk of cytotoxicity.

Surprisingly there has been new research that has been revealing about another unique but vital role that astaxanthin has. The studies show that it can modulate peroxisome proliferator-activated receptors or PPARs. What this function does is that it may have various applications in human health, including producing glucose and lipid homeostasis. Since PPARs are members of the nuclear hormone receptors in the body, they are a superfamily that plays roles in the expression of many genes that are regulating cellular differentiation and many other functions in the body.

There are at least three subtypes of PPARs that helps the major organs and help the metabolism of glucose and lipids. PPAR? can primarily be expressed in the liver, kidney, heart, and skeletal muscle, where it can be involved in lipid metabolism and insulin sensitivity to the body. Another subtype of PPARs is PPAR?, which plays a role in glucose and lipid homeostasis but also is the site of action in the adipose tissue in the body. When astaxanthin is being involved, astaxanthin is a PPAR? agonist but can act as either an agonist or antagonist to PPAR? receptors. Studies have found that PPAR? agonist and PPAR? antagonist in astaxanthin can decrease cholesterol and triglycerides in loaded HepG2 cells, while changing several enzymes expressions that are being involved in lipid and glucose metabolism pathways, thus resulting in a hypolipidemic effect in the body.

Surprisingly astaxanthin can be used to prevent exercise-induced free radical production and is a lesser-known application. Astaxanthin can enhance exercise performance and even improve the recovery process. The increase in the reactive oxygen and nitrogen species or RONS are being produced during an exercise regime is deleterious to the health. It is often combated with a matching increase in the endogenous antioxidant enzymes. However, when a person is doing excessive exercises, it can cause RONS to rise above the body’s natural capacity to eliminate them. This will cause an increased risk of oxidative damage in lipids, protein, and DNA molecules. In a review study, it showed the ability of astaxanthin to squelch the RONS generating during exercising. It reported that the antioxidant effects of astaxanthin could provide a variety of benefits to athletes.

Astaxanthin is a powerful immunomodulatory antioxidant that can support numerous biological pathways that are in the body. It can dampen the effects of a variety of chronic diseases and illnesses that can harm the body. Astaxanthin is useful for being a therapeutic and powerful nutraceutical while also being an excellent addition for someone who needs supplements to support their general health and well-being. Some of the products here are beneficial to the body as they help support the immune system while providing more excellent stability.

The scope of our information is limited to chiropractic, musculoskeletal, and nervous health issues or functional medicine articles, topics, and discussions. We use functional health protocols to treat injuries or disorders of the musculoskeletal system. Our office has made a reasonable attempt to provide supportive citations and has identified the relevant research study or studies supporting our posts. We also make copies of supporting research studies available to the board and or the public upon request. To further discuss the subject matter above, please feel free to ask Dr. Alex Jimenez or contact us at 915-850-0900.

The University offers a wide variety of medical professions for functional and integrative medicine. Their goal is to inform individuals who want to make a difference in the functional medical fields with knowledgeable information that they can provide.