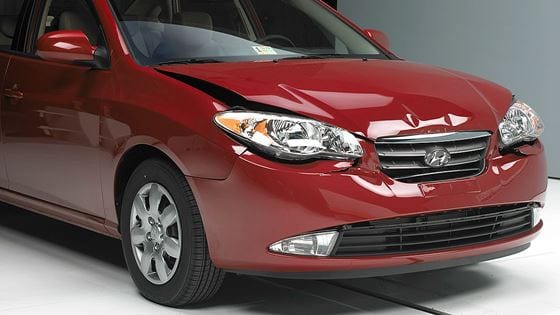 Where Does Energy Go in Low Speed Auto Accidents? Continued

In the prior writing we explored the criteria for vehicle integrity. In this writing we’ll expand on conservation of momentum. You’re encouraged to do so when you haven’t read the previous article.

Expanding on Conservation of Momentum

Remember we previously said, “The momentum moving into a collision could be accounted for at the outcome” when we discussed the concept of conservation of momentum. Here we will introduce the formula and walk through its parts; we have to comprehend this in order to explore each other influence.

Ok, I know this looks very intricate and the explanation is not jumping off the page so let’s write with a bit more ease of comprehension. Let us take the National Highway Transportation Safety Administration (NHTSA) standards for testing and place two of the identical mass vehicles in this. Let us use a 2012 Toyota Corolla, and we will say the other is blue and one is red because we need two of them.

The 2012 Toyota Corolla has a curb weight of 2,734 pounds, substituted in the formula it looks like this:

Now when we do the math to show the conservation of momentum we end up with the following:

Now we have proved the concept so we are going to apply it to a collision involving two different vehicles. We will substitute the 2012 red Toyota Corolla for a 2012 red Chevrolet Tahoe. The 2012 Chevrolet Tahoe weighs 5,448 lbs. Now the formula looks like this:

Now when we do the math to show the conservation of momentum we end up with the following:

Three significant points can be observed in this protest.

First, when testing is done notice the change in rate at the Tahoe is 5 mph (5 to 0). This is less than the rates used by the Insurance Institute and we would expect the Tahoe to have minimal damage and no structural deformation.
The second point to note is the change in speed the Corolla experiences, 9.96 mph (0 to 9.96). This change in speed is four times the original.

Finally, neither vehicle exceeds the speed of 10 mph, which the automobile manufactures and insurance institute for highway safety often consider threshold for injury. This confirms that cars can easily deform and residents become injured in low speed crashes once you begin to check out the conservation of energy (momentum) and coefficient of forces moved to the target car.

The scope of our information is limited to chiropractic and spinal injuries and conditions. To discuss options on the subject matter, please feel free to ask Dr. Jimenez or contact us at 915-850-0900 .�
References

Whiplash is a commonly reported injury after an individual has been involved in an automobile accident. During an auto accident, the sheer force of the impact often causes the head and neck of the victim to jerk abruptly, back-and-forth, causing damage to the complex structures surrounding the cervical spine. Chiropractic care is a safe and effective, alternative treatment option utilized to help decrease the symptoms of whiplash. 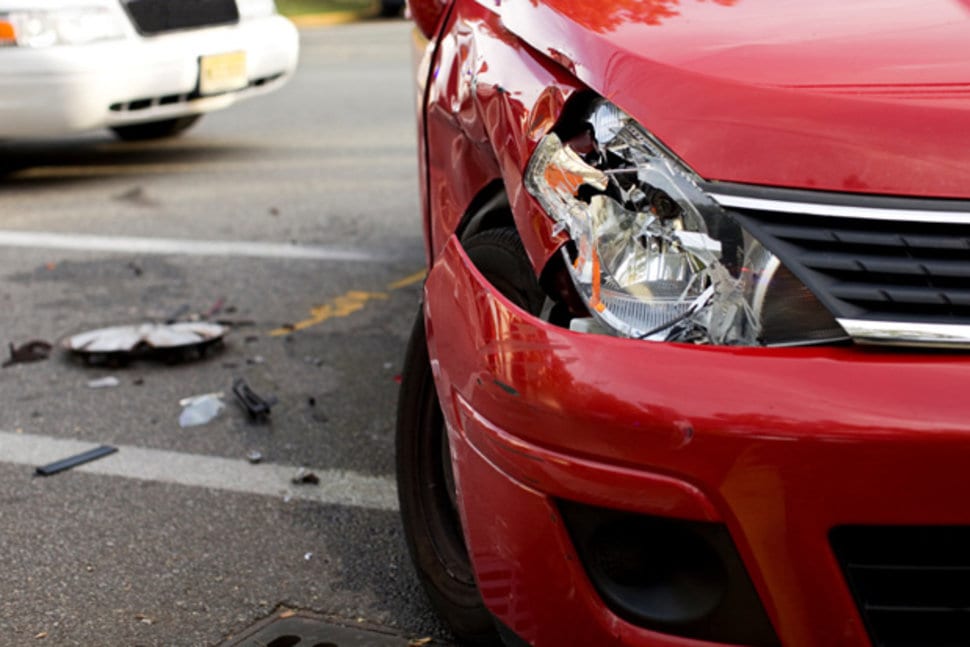 Where Does the Energy Go in Low Speed Auto Accidents?

There are many factors that play a role in the dynamics of collisions. These include vehicle design and type, speeds, angles of approach, kinetic & potential energy, momentum, acceleration factor, friction… the list is quite long. There are a few constants in which we are curious. These constants are the building blocks of the planet and they make the world of collisions quantifiable and predictable.

Within this two-part series we will explore the factors which have the most influence in low speed collisions and how these factors are associated with injury. Note: nothing about these writings is inclusive, there is too much material to explore in depth. The objective of these writings is to present the concepts.

In the interest of exploring conservation of momentum in a simple format, we aren’t likely to investigate and explain the history and physics of momentum; for this conversation, we’ll concentrate on the relationship to crash dynamics. It is momentum to speed collisions’ relationship that helps enlighten and is the causal factor of the injuries people who have held tight to the argument that is deceptive that no damage = no injuries.

While there is a formula and derivation, neither is needed just yet. For now, we’ll simply use the concept as follows: The momentum going into a collision can be accounted for in the outcome or the energy going in to the accident, must be accounted for at the end of the incident and that and what was exposed to and/or absorbed that energy.

Let’s apply some perspective to this notion with the following example.

The transfer is extremely efficient due in part to the fact that neither pool balls can deform. Some of the energy would be used to perform this and less if either pool ball could deform. The National Highway Transportation Highway Safety Administration (NHTSA) mandates minimum performance standards for passenger vehicle bumpers. Vehicle bumpers are tested with 2.5 mph (3.7 fps)[2] impact equipment that has the same mass as the test vehicle. The test vehicle is struck with its brakes disengaged and the transmission in neutral. There’s no offset between the automobile and the barrier.

The NHTSA outlines acceptable damage to your vehicle’s various systems after the tests. Successful completion of these tests mandate operation of systems that are particular. The factory adjustment of the vehicle’s braking, steering, and suspension must be unaltered. In other terms, in order for a vehicle to pass these tests it canhave no change in its structure. If changes did occur the system that is braking, steering, and suspension would be out of factory adjustment.

The NHTSA isn’t alone in low rate bumper testing. The Insurance Institute for Highway Safety (IIHS) also conducts low rate bumper tests. The IIHS’s test rates are conducted at 6 mph (8.8 fps)[3] and the goal is to determine which vehicles have the least damage and therefore cost the least to repair. The vehicle ratings are proportional to the estimated cost of repair. The more costly the repair, the lower the rating.

The lack of change in the structure (deformation) drives a test vehicle to accept the momentum transfer in the testing equipment. Further, the test vehicle is free to move after being destroyed. This testing scenario is like that of the cue ball and eight ball.

If a vehicle doesn’t deform during a low speed collision, then it will experience a change in speed (or velocity) very quickly; Consequently, the occupant(s) also experience this exact same change in speed. The key factor in these examples is that the mass of testing equipment and their vehicles involved, but what happens when the masses change?

When the mass of one vehicle changes the momentum also changes, the more mass the more momentum the vehicle can bring to the event and the greater the injury potential to the occupant. There are many complicating factors that now must be considered regarding injuries beyond the Laws of Momentum when determining trauma like the height, weight, muscle mass, occupant position, kind of seat belt used, etc.. However, the first step is to decide if there was enough energy as an initiating factor in low speed crashes to cause those injuries and to overcome no crash = no injury misconceptions and have a health expert in low speed injuries confirm relationship.

In the next installment, part II, we’ll discuss this in detail and it will necessary for the later subject of occupant injuries.

The scope of our information is limited to chiropractic and spinal injuries and conditions. To discuss options on the subject matter, please feel free to ask Dr. Jimenez or contact us at 915-850-0900 .�

Whiplash is a commonly reported injury after an individual has been involved in an automobile accident. During an auto accident, the sheer force of the impact often causes the head and neck of the victim to jerk abruptly, back-and-forth, causing damage to the complex structures surrounding the cervical spine. Chiropractic care is a safe and effective, alternative treatment option utilized to help decrease the symptoms of whiplash.