Living with sciatica can be debilitating and exhausting. Find out how different individuals reduced their pain from this condition. Sciatica has different treatment options. It is often a matter of trial and error to find a treatment/therapy that works for the individual. These include: 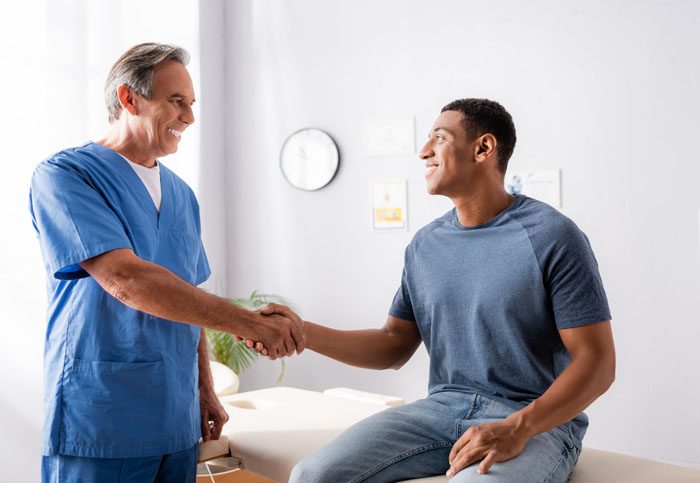 Different individuals with sciatica share what works for them. Here are their stories.

Rudy Found Relief With Self Care

A bad fall left Rudy, a graphic designer, with a broken pelvis and broken foot. I was in the hospital for a few days, and when I came home, I noticed I was hobbling. I had developed sciatica. I was in a lot of pain but decided to try the treatment that had helped me manage chronic migraines. This was yoga. Specifically, it was hot yoga sessions that, despite the pain, worked. However, for others, he recommends not staying still. The body can’t stay stagnant with no movement.

Rudy follows a plant-based diet. Eating right has helped significantly. He starts the day with a green smoothie and sips one throughout the day. This reduces inflammation and pain. His stress would also contribute to the pain. Anything felt from a pain perspective becomes amplified when in a sad, frustrated, confused mood. Rudy’s advice is to get the body moving. And follow a plant-based anti-inflammation diet.

Medication and a Topical Pain Balm Work For Jose

Jose, 66, figured how his sciatica developed was when he decided to insulate the garage. I was bending, twisting, turning, and contouring my body every which way. A week after the job, I developed excruciating pain that got worse over the following weeks. I would jolt out of bed at 2-3 in the morning with severe pain. My doctor gave me steroids that didn’t do anything. I could barely sit down and had to go through a careful method of getting into a chair. I was prescribed Vicodin – hydrocodone/acetaminophen. I took them for a week and a half.

The pain went away, but it came right back as soon as I stopped taking the meds. The meds were only masking the pain. I decided only to use it when the pain was excruciating. This was because I was worried about addiction. I tried chiropractic, massage, acupuncture, cupping, and physical therapy. Unfortunately, I was not feeling any real relief. Then I went to a pain management doctor, who ordered an X-ray and an MRI.

The doctor informed me that my spine was in great shape. The pain management doctor gave me a piriformis injection and, later, an epidural steroid injection. There were still no positive results. My primary care doctor prescribed gabapentin. This is an anti-epilepsy medication that has been shown to help some cases of back pain. Most of the major pain is gone, and I’m pretty sure it’s from the gabapentin along with weekly deep massage sessions. I also use CBD cream with arnica. Movement is important; during the day, I make sure to stand up and walk around.

Isabel has chronic pain. This comes from arthritis, migraines, and fibromyalgia. Sciatica developed as a result of these conditions. Soon she couldn’t get into the car or even empty the dishwasher without going through excruciating pain. Nerve ablation or physical therapy was ineffective at relieving the pain. Then my doctor suggested getting an epidural injection. This is not the same type of injection as when having a baby. It is not the same at all. The injection includes a steroid medication called a corticosteroid that is an anti-inflammatory, along with an anesthetic. I tried it and got some relief, but the pain came back. However, after a month and a half, I began to feel more relief. The pain is not completely gone. I do feel better, but there is still some pain. My doctor told me that patients are all different and require different amounts of medication and time to work.

Surgery Gave Pablo His Life Back

Pablo, 50, is no stranger to back pain or back surgery. After living with chronic back pain from a roll-over auto accident, Pablo underwent a laminectomy. A doctor removed a portion of the vertebra in 1998 and spinal fusion in 2004 that fused the discs from L5 to S1. Life was going well until I was laid off from my desk job. I started working at a warehouse doing light work, but I would still help lift moderate/heavy bags, boxes, etc. I just pushed through the pain, thinking it was a strain that would go away.

However, during the last six months, the pain was so bad I had to stop working. I needed a cane to get out of a chair. Friends and family told me I was walking like a 90-year-old. I also lost feeling in a couple of my toes. In 2021 I had another fusion and had a broken screw from my earlier fusion repaired. The surgery went well, and they said as long as I don’t do any heavy lifting, I should be alright. Although there is still pain, it is much less than it was before the surgery. My doctor recommended a new desk job and a physical therapy rehabilitation, stretching, and strengthening program.

Estimations of how many calories are burned from exercises like walking or running depends on how heavy an individual is. Heavier people use more energy to move than lighter people. Estimates revolve around 100 calories burned per mile for a 180-pound person. 10,000 steps comes to around roughly 5 miles. Assuming an individual weighs 180 pounds means 100 calories x 5 miles equals 500 calories. Over a week, it becomes 3,500 calories. However, lighter or heavier individuals will burn less or more calories while walking the same number of steps or distance.

In their study, investigators from France focused on 135 patients with back pain seemingly caused by inflammation between the discs and bones (vertebrae) in the lower spine.

The researchers found that a single steroid injection eased pain for one month. After that, however, effectiveness waned. Virtually no difference was seen one year after treatment between patients who did or didn�t get the injection.

�Our results do not support the wide use of an injection of glucocorticoid in alleviating symptoms in the long term in this condition,� said lead researcher Dr. Christelle Nguyen.

The findings are consistent with earlier studies, said Nguyen, an assistant professor of physical medicine and rehabilitation at Paris Descartes University.

Nguyen said she and her colleagues had hoped that targeting local disc inflammation with an anti-inflammatory steroid would help alleviate long-term pain.

To test their theory, they selected patients with chronic lower back pain and signs of disc inflammation on an MRI. On average, participants had suffered from back pain for six years. Half were assigned to a single steroid shot; the other half got no injection. 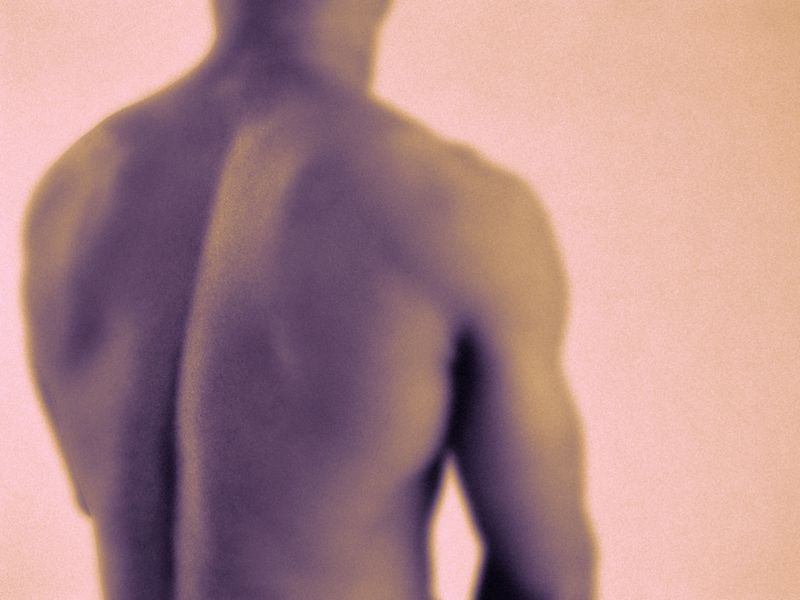 Patients rated their pain severity before the injection and again one, three, six and 12 months after the treatment.

�However, the groups did not differ for the assessed outcomes 12 months after the injection,� Nguyen said.

For example, patients who did or didn�t received a steroid injection ended up in similar circumstances, with the same incidence of disc inflammation, lower quality of life, more anxiety and depression and continued use of non-narcotic pain pills, she said.

Overall, most patients found the steroid injections tolerable, and would agree to have a second one if necessary, Nguyen said. �We had no specific safety concerns and found no cases of infection, destruction or calcification of the disc 12 months after the injection,� she added.

The results were published March 20 in the Annals of Internal Medicine.

Dr. Byron Schneider, of Vanderbilt University School of Medicine in Nashville, noted there are many different causes of back pain.

In this study, the patients suffered from chronic back pain, he pointed out. �Patients with chronic lower back [pain] probably have more than one cause of their pain, which may be why the good results they found at one month weren�t there a year later,� said Schneider, an assistant professor of physical medicine and rehabilitation.

The study results don�t mean steroid injections should be avoided altogether, he noted.

Patients with a sudden episode of back pain � so-called acute pain � probably don�t need a steroid injection, he said.

�But if they�re not getting better after a month or two the way we would expect them to, at that point it would be reasonable to discuss the pluses and minuses of a steroid injection,� said Schneider, co-author of an accompanying journal editorial.

Chronic (long-term) back pain is a different situation, he said. Treating chronic back pain means treating the pain itself, but also using cognitive behavior therapy and �pain psychology� to help patients cope with pain, he said.

�For chronic pain, physicians need to address the musculoskeletal reasons that cause the hurt, but also other reasons that patients may be experiencing pain,� Schneider said.

According to the editorial, psychological distress, fear of pain and even low educational levels can affect pain levels.

For more on lower back pain, visit the U.S. National Institute of Neurological Disorders and Stroke.