Spinal decompression and Digestion. No one wants to worry about stomach issues. A rich and unhealthy diet can cause digestive issues, stomach pain, and back pain. This can turn into a severe chronic condition; studies have found links between spinal problems and gastrointestinal tract symptoms, which include:

Chiropractic treats the spine that is essential to the function of the central nervous system, which is responsible for digestion. When the nervous system is not functioning correctly, the other systems begin to malfunction. Chiropractic manual and motorized spinal decompression can help with digestion by releasing trapped gas from joints while improving blood circulation that is natural and non-invasive.

Spinal alignment and digestion are closely connected. The nerves in the thoracic and lumbar regions affect digestion. When the spine is out of alignment, it stresses the nerves. Nerves that are pinched or constricted are inhibited/disrupted from sending the proper signals to the digestive system. This can lead to new or worsening digestive problems. Spinal conditions that can cause digestive issues:

Studies have found that digestive issues, including discomfort, heartburn, and bloating, have decreased with regular chiropractic and spinal decompression and decreased constipation and irregular bowel movements. This comes from chiropractic reactivating the body’s natural ability to heal itself.

Treatment focuses on preventing further injuries and helping improve the individual’s quality of life. A doctor, chiropractor, health coach, or nutritionist can recommend a bowel program to help retrain the body to maintain regular bowel movements. These programs are personalized to the individual’s specific condition that takes into account:

A bowel program sets up the timing of food intake, fluid intake, medications, and techniques to help bowel movements. The objective is to prevent spontaneous bowel movements, help pass stools regularly, and empty the rectum daily. 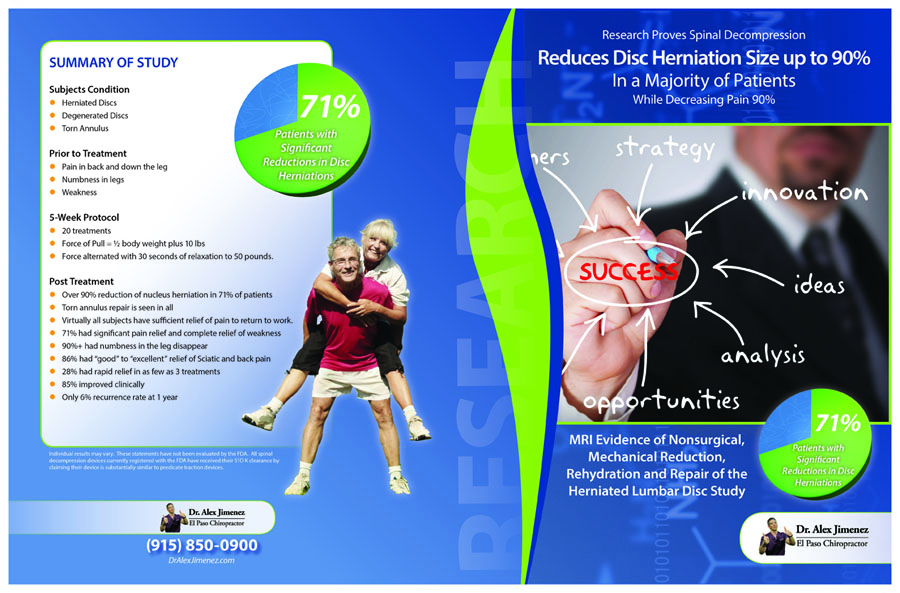 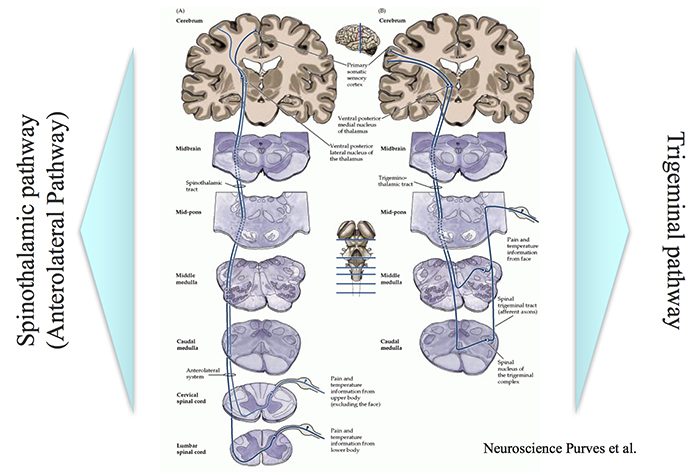 The Anterior Cingulate & Insula Cortex Are Activated In Human Subjects

… in connection with an intense burning sensation following hand contact with the thermal grill. 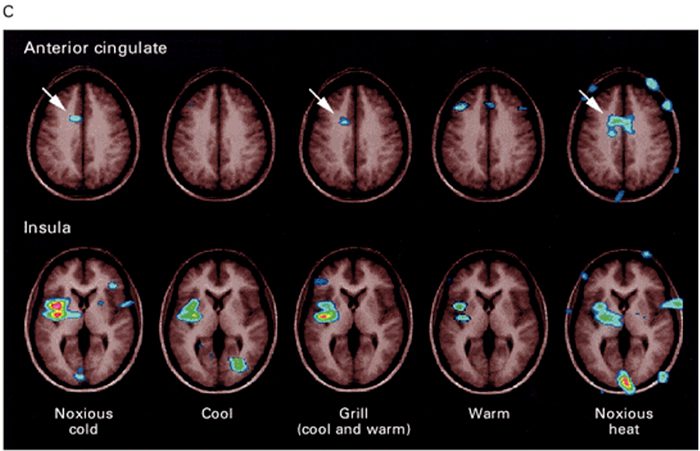 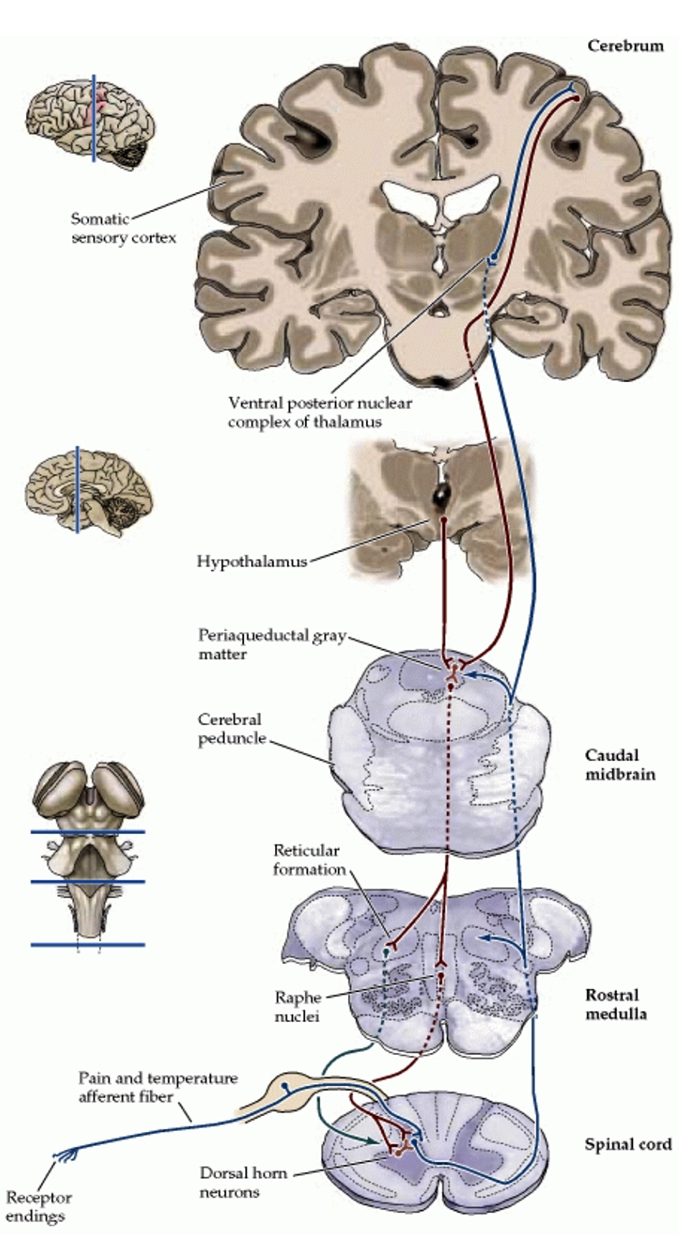 Three classes of these molecules have been identified. All are peptide molecules

Despite these being powerful, endogenous modifiers of nociceptive signals, it has been difficult to produce and administer them in a way than can used in clinical practice.

Modulation Of Pain Signal Transmission In The Spinal Cord

Connections in the spinal cord where opiates act.

Neurotransmitters � serotonin (5- HT) and norephinephrine (noradrenaline) � in the spinal cord can block transmission of pain signals to the brain. 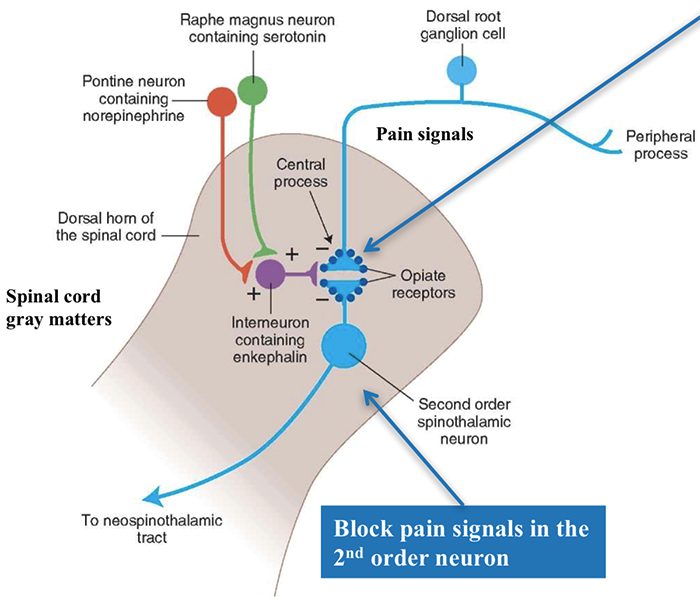 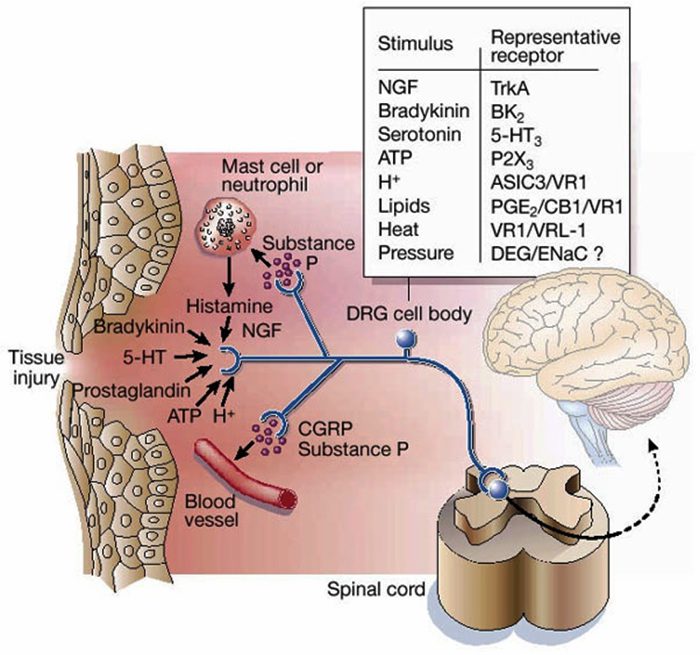 Rubbing the area that hurts stimulates receptors of innocuous stimuli like touch, pressure and vibration.

These mechano-receptors send signals along the A? nerve fibers that: 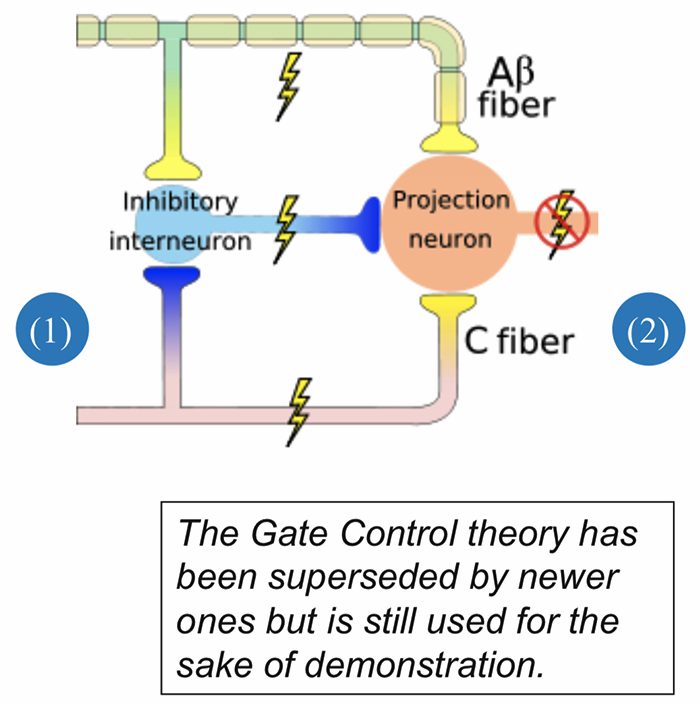 Transcutaneous Nerve Stimulation (TENS) is based on the Gate Control Theory. Nerves of the innocuous sensory system are stimulated and they in turn, inhibit transmission of nociceptive stimuli in the spinal cord. 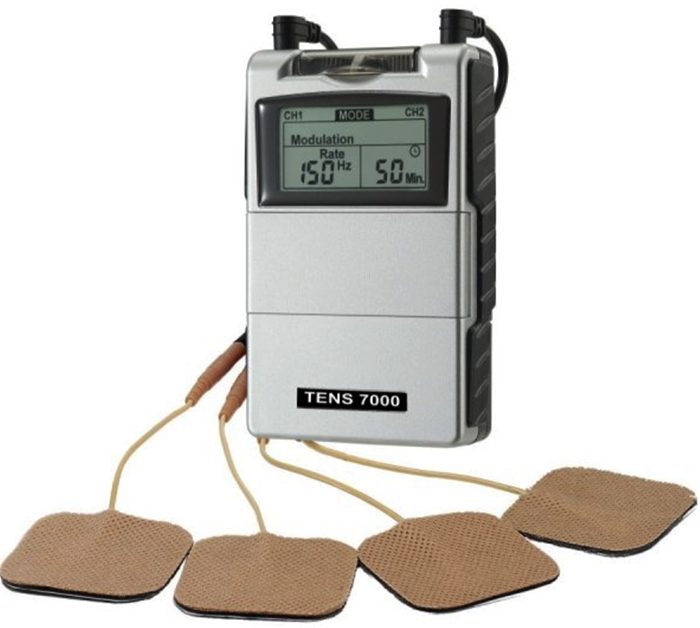 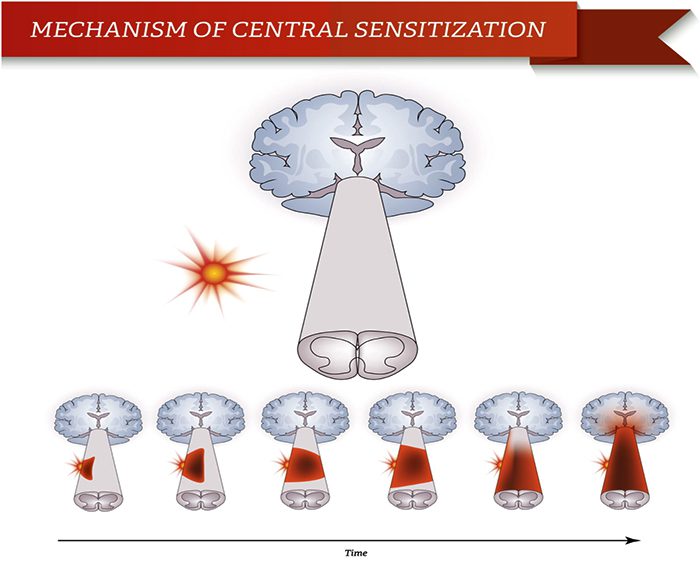 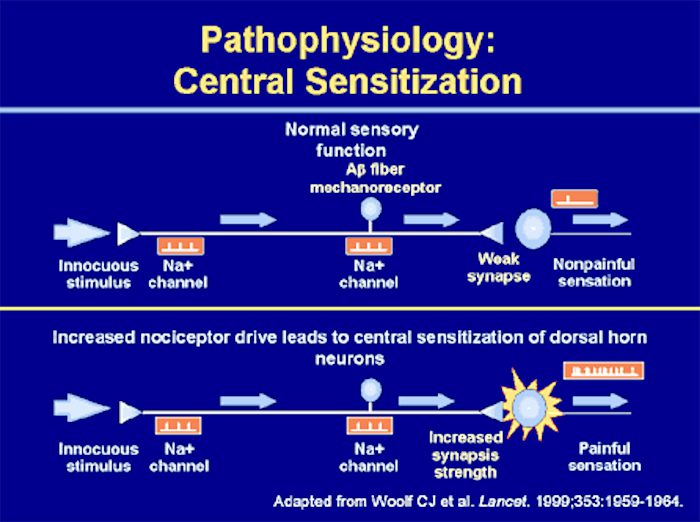 � Allodynia � occurs when a person experiences pain with things that are normally not painful, ie, soft touch causes pain.

� Hyperalgesia � occurs when a stimulus that is typically painful is perceived as more painful that it should be, ie, a simple bump.

Both are due to hyperreactivity of the nervous system. 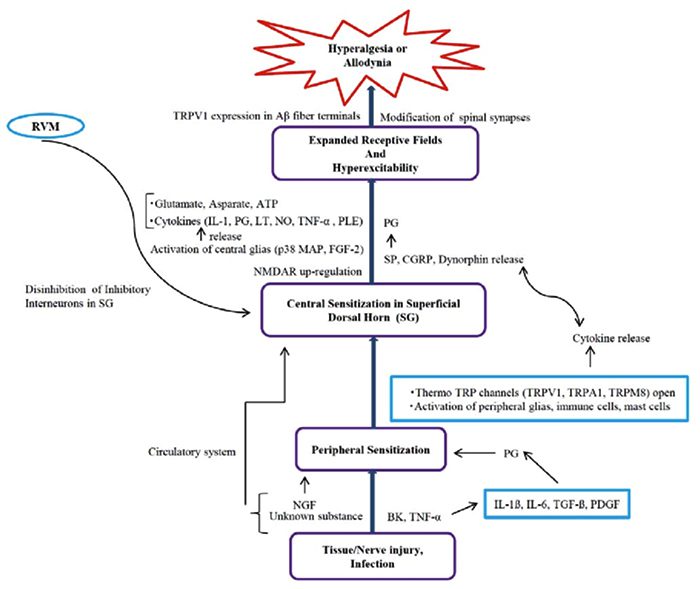 … to another part of the body surface

Pain Hypersensitivity Mechanisms At A Glance

Neurophysiology of pain: Pain�defined is the unpleasant sensation that accompanies injury or near injury to tissues, though it can also occur in the absence of such damage if the nociception system is not functioning. Nociception means the system that carries pain signals of injury from the tissues. This is the physiological incident that comes with pain.

“Pain is an unpleasant sensory and emotional experience associated with actual or potential tissue damage, or described in terms of such damage”.

(The International Association for the Study of Pain) 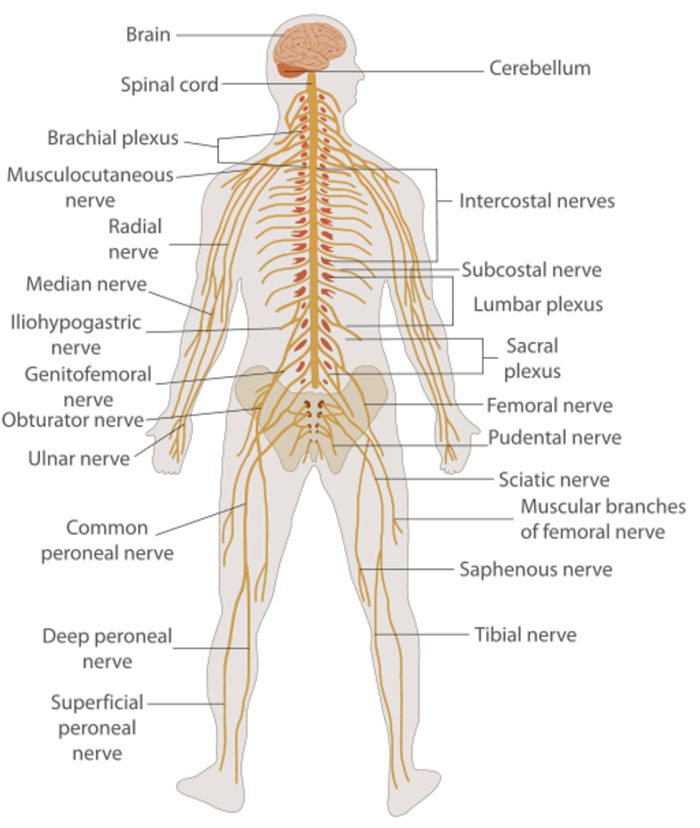 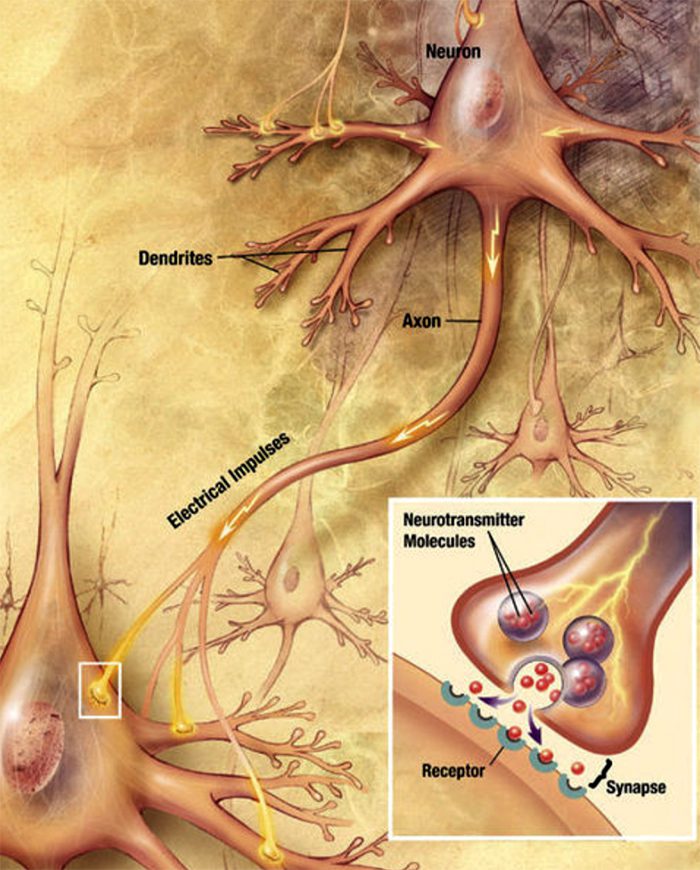 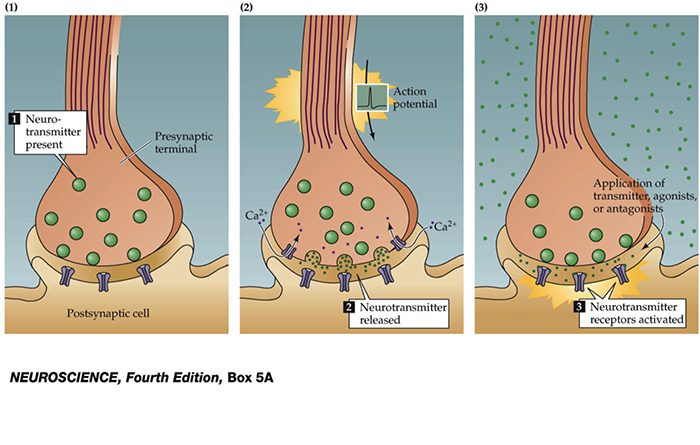 Steps in the passage of signal from one nerve cell to other.

These drugs can effect: 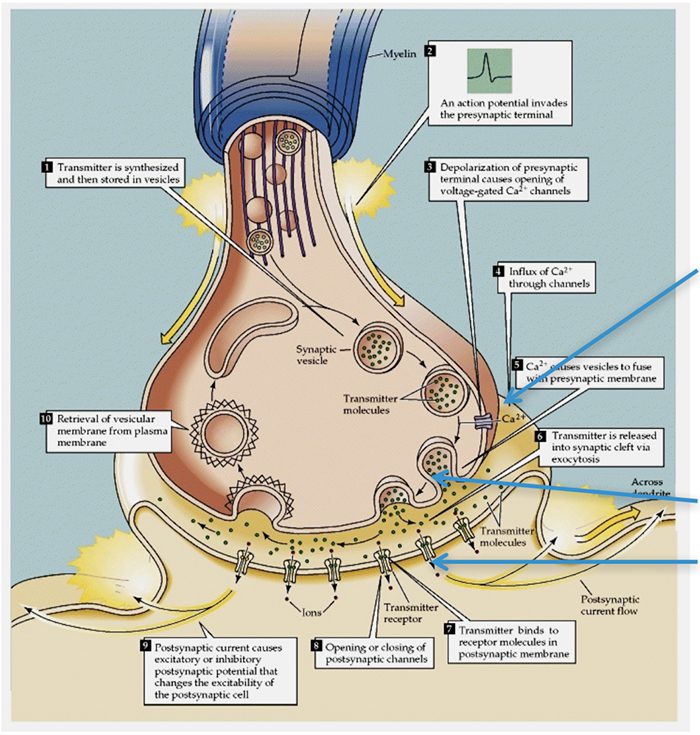 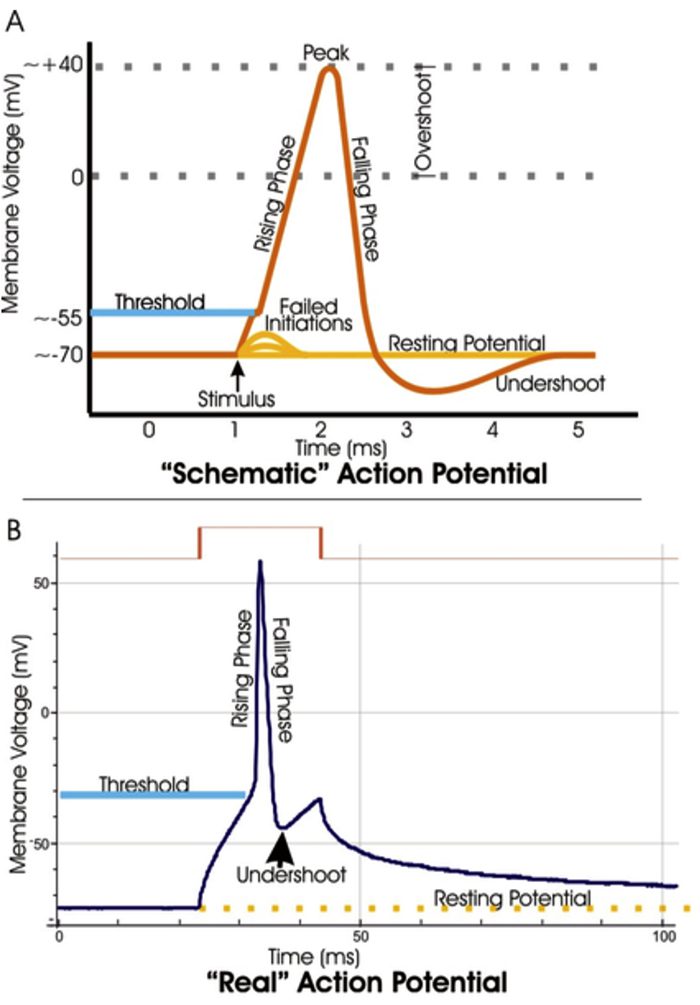 The sensory system that can be divided into two divisions: 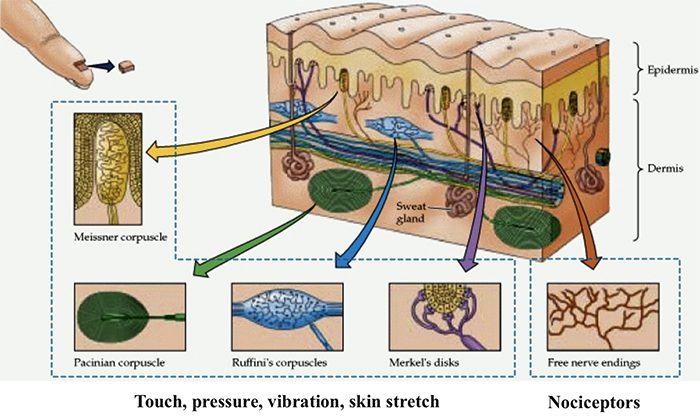 … which can cause the membrane potential at the free nerve ending (nociceptor) to produce an action potential.

Summary Of Transduction Process At The Periphery 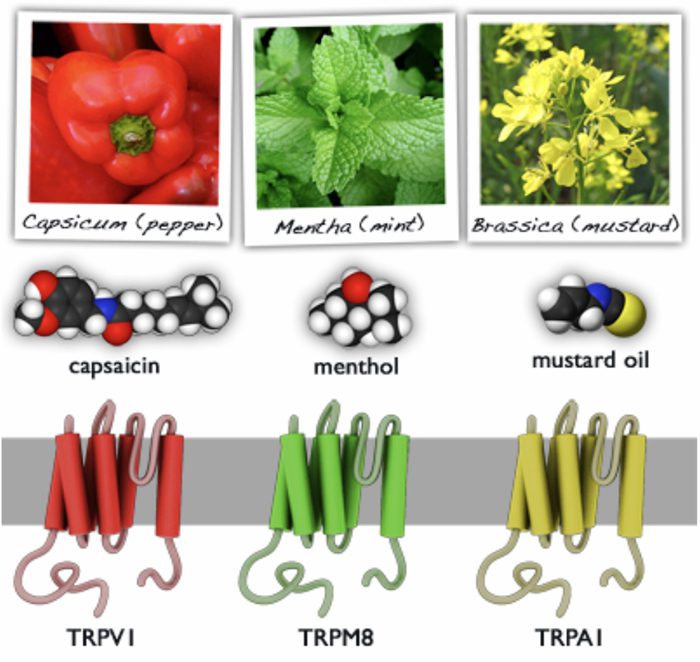 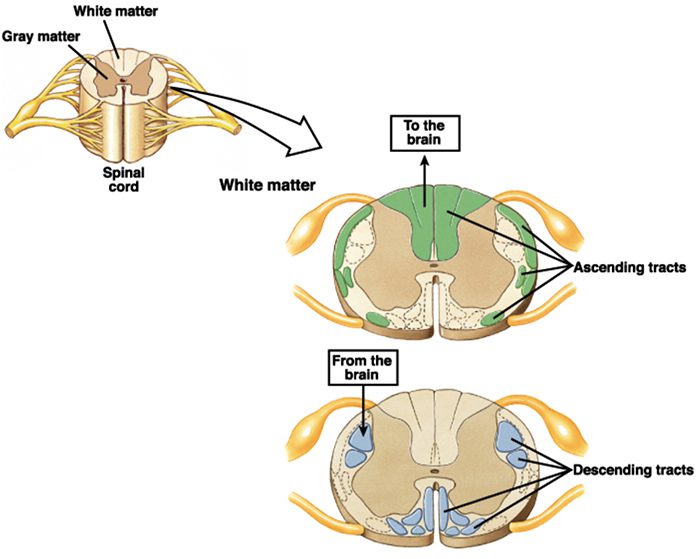 Transmission Of Nociceptive Signals From The Periphery To The Brain 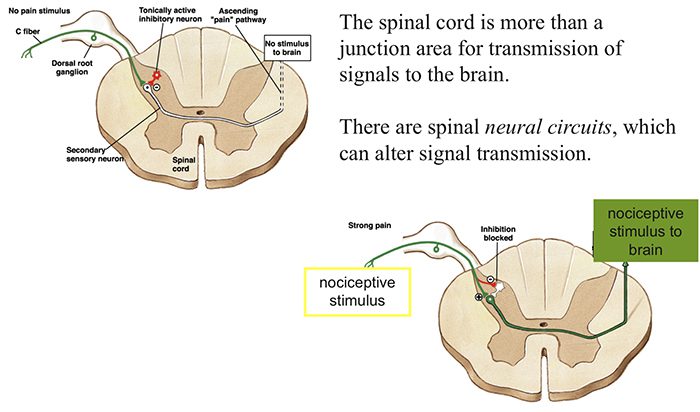 Nerve fibers are classified according to the:

Nociceptive signals are sent to the spinal cord and then to different parts of the brain where sensation of pain is processed.

There are a pathways/regions for assessing the: